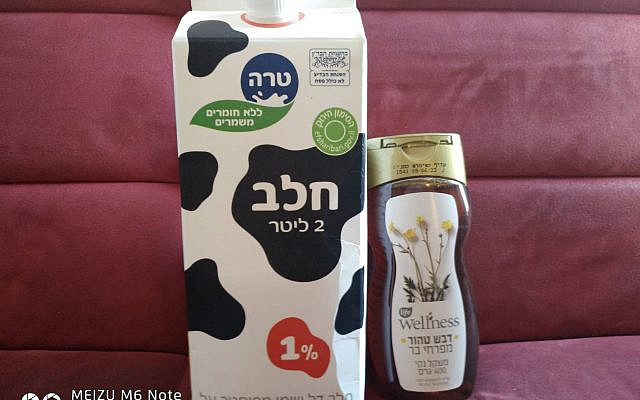 The Land of Israel is referred to as the Land of milk and honey twenty times in the TaNaCh, two of which are in Parshat Ki Tavo:

The first time it is mentioned in our parsha is near the end of Parshat HaBikurim (Dvarim 26:9), when the farmer brings their first fruits to the Beit HaMikdash (Temple) and recites the story of the exodus from Egypt culminating in the entrance of B’nai Yisrael into the Land of Israel: “He brought us to this place, and He gave us this Land, a Land flowing with milk and honey.”

The second time is at the conclusion of Vidui Maasrot- The Confession of the Tithes which is recited (preferably in the Beit HaMikdash) on the last day of Pesach of the fourth and seven years (of the Shmita cycle) which declares that the maasrot (tithes) were given to the Levi, the convert, the orphan and the widow and that the mitzvoth were observed properly. The last verse of the vidui states (Dvarim 26:15) “Gaze down from Your sacred residence, from the heavens and bless Your people Israel, and the soil that you gave us, as You swore to our forefathers, a Land flowing with milk and honey.”

We see in both instances that the promise of the the Land and the gift of the Land are intertwined with the concept of the land flowing with milk and honey.

In 1961, thirteen years after the founding of the Modern State of Israel, Milk and Honey, the first musical to be set in Israel debuted on Broadway. Jerry Herman (Hello Dolly), who passed away last year, was the songwriter and Dan Appell wrote the book. It was real estate mogul Gerard Oestriecher’s dream to produce a musical set in Israel. Herman and Appell were sent to Israel to get an idea of what the young State was like and were welcomed with open arms by the Israeli government. Many of their ideas for the plot and lyrics were formed while flying on the airplane as well as during their trip.

Molly Picon who was well known in the world of Yiddish theater starred in the show which was nominated for five Tony Awards.

One of the most famous songs, later released as a single by Eddie Fisher really gives you a feel for what it was like in the early days of the State of Israel:

While the song is generally positive, they wanted to include a shot of reality as well. In the original Broadway recording  there was a stanza in the middle of the song which gave a bit of an edge to the musical including “The honey is kind of bitter and the milk is a little sour, Do you know the pebble is the State’s official flower?”

The end of the song addresses the negative issues and emphasizes the importance of our having a homeland even if it is not perfect. There was a vision that the land would be greener and less rocky which eventually came true.

In retrospect, it is pretty amazing that there was a Broadway musical about Israel so soon after the State was born and how far we have come since then.