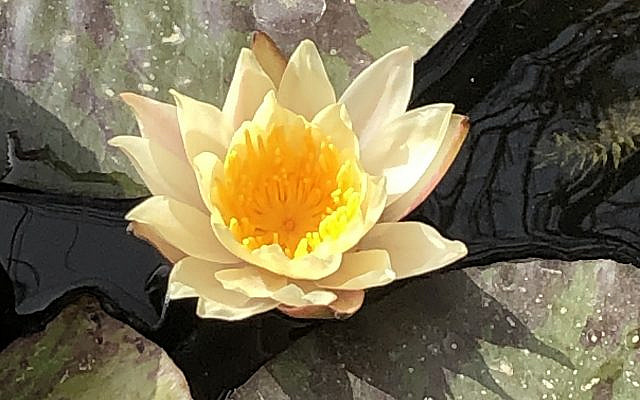 Nature in all its glory: Photo by Shoshana Lavan

Sometimes I have to stop, mid-run and just breathe it in. The beauty of the land. The gorgeous trees, phenomenal flowers, the colourful, flying, floating, hopping, croaking, singing wildlife. Breathing in the magic of it all. Sometimes I take out my telephone, as much as I hate staring through a screen at the miracle of it all, just to photograph its majesty – just to remind myself and others of it, when life turns ugly.

Never have I felt this flower belongs to me, or this butterfly is mine, because I saw it first. Neither are the pine trees, or the rivers. Nor is the grass.

I remember teaching one of my classes in my last school, out in the countryside. A class of fifteen year old boys. We were discussing the ‘problem’ of the immigrants. Who felt British? They all put up their hands. After all, they were the sons of British farmers, farming in the countryside for generations.

“England is our home. It belongs to us.”

I pursued this further – what did it mean in terms of the immigrants?

“There has to be a restriction.” They said. “They can’t all just be let into our country. There’s not enough room.”

For their homework, I asked them to do research on their family trees. For how long had they been in Britain?

Not all of them did it, of course. Some didn’t like the direction I was heading. But those who did discovered their families were not ‘completely British’ and there was always an immigrant or two amongst them.

“Why are we British?” I asked them, the following lesson.

A few smart ass know-it-alls began to tell me the history of the British empire and the battles ‘we’ have won. But I dismissed their answers with a wave of my hand.

Slowly, the answer I was waiting for came to the surface.

Because they were born here. Simple as. If they’d been born in France, they would be French. Spain, Spanish. And so on.

“And what choice did you have in where you were born?”

The answer, of course, was as clear as the question. No choice whatsoever. None.

All of these things just happened.

And I just happen to be me.

My birth was not my choice.

Nature herself chose me. Just as Nature chose to create this most beautiful world for us to live in.

I’ve only been in this country for two years, and yet the number of times I have heard: This is our land.

There have been wars here for centuries. This nation or that nation have ‘owned’ the land. They have ‘conquered it’. They have built on it and stayed here for generations.

It is the Jewish homeland.

It is the Muslim homeland.

No. It is only and actually God’s land. Our God (and Muslims, Jews and Christians and other religions share the very same God) created this land for us to live in and to look after. Not to own and certainly not to destroy.

This land, this world, does not BELONG to any of us. It is not OURS. We are lucky enough to be able to live here and enjoy it. But, if we continue the way we are, we will destroy it all, sooner rather than later, and fighting over who it belongs to will suddenly and very tragically become a moot point.

When we are all wiped out by World War three, will it really matter who once ‘owned’ what?

The world will go back to being owned by the one who created it, NATURE, and peace once more will reign over all lands.

Do we really need to learn that lesson when it is too late?

At the moment, the Arabs and the Jews are like two small children sitting in a meadow of wild flowers, picking each flower one by one, staking ownership, destroying them petal by petal.

The flowers do not belong to us. Even if we planted them! They are here for us only for as long as we nurture them.

I understand it’s a difficult concept for some to grasp – those who are brought up believing this land is theirs, by right. But those same people are also brought up to believe in a God who made the world.

It is not really such a wild leap of intelligence to realise, with a sigh of relief, this land does not belong to us at all. It is simply ours on loan to look after, and all of us have a duty towards it, as well as a duty to look after each other.