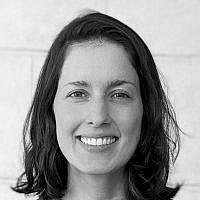 The Blogs
Luiza Jarovsky
Apply for a Blog
Please note that the posts on The Blogs are contributed by third parties. The opinions, facts and any media content in them are presented solely by the authors, and neither The Times of Israel nor its partners assume any responsibility for them. Please contact us in case of abuse. In case of abuse,
Report this post. 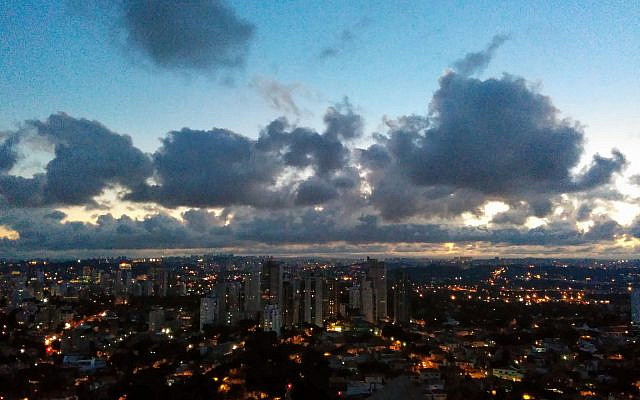 Brazil has been in Israel’s “banned countries” list for months already, despite having better Covid-rates than many other non-banned countries. This must change.

This post is a continuation of my previous one talking about the difficulties being faced by new immigrants in Israel during the current pandemic. This time, I will focus specifically on the current situation of Brazilian-Israelis, given that Brazil is the country that is for most time in Israel’s list of “red countries” – countries which Israelis are banned to visit and whose first degree relatives are banned to come. It has remained a “red country” despite the fact that Brazil’s Covid rates are now much better than those of many EU countries (that were never put in the Israeli red list by the way), which is leaving Brazilian-Israelis perplexed and frustrated.

First, I need you to imagine you are a Brazilian-Israeli. You were not born here, with your entire family living here. You came to Israel from Brazil, most probably some (or all) of your family is still there. If you are like the hundreds of young families that immigrated in the last decade, you came alone to serve in the army or to study and decided to stay. You did not come with a lot of money: after all, your original currency was not strong as Euros or Dollars. But you came with a dream of contributing to the Israeli society, while building your own future here.

Maybe you are like one of my friends who is pregnant of her first child. She lives here with her Brazilian husband, but all their relatives still live in Sao Paulo, Brazil. By the current rules, her vaccinated parents cannot come to help her during birth and afterwards. Word of mouth has been around that they could stay two weeks in a non-red country that accepts Brazilians and then apply for an entry permission to come to Israel after proving that they are negative for Covid, but with no guarantee of being accepted – they could be just wasting their time and money. Some native Israelis have said that she should stop complaining and go herself to Brazil, as we are in the midst of a pandemic and they do not want any more virus variants here. However, by current rules, Israelis are not allowed to travel to Brazil anyway, only with special approval from an exceptions committee – which has been very strict.

Maybe you are like an acquaintance who has a seriously ill relative (also Brazilian-Israeli) living here, who would really like to see his daughters given his uncertain health state. His daughters are vaccinated, but under current rules they are not allowed to come. And no, he cannot travel himself to Brazil because he is in the hospital.

Maybe you are like my other friend who has not seen her vaccinated parents for more than two years, as she was doing her studies and could not visit them in 2019 – and then the pandemic started. She has applied more than five times to the Ministry of Interior and to the Brazilian Consulate in order to get an approval for her parents and has been rejected at all times. She was also rejected in her application to travel to Brazil, as it was considered a non-essential travel. Meanwhile, in the Facebook group that helps new immigrants to reunite with their families, she sees that Europeans and Americans can get an official approval for their relatives sometimes in less than 30 minutes after sending their documents for the first time. She then checks the website Our World in Data and sees that many of these countries have much worse Covid rates than Brazil, but Brazil remains a red country for months already, while these countries have never been considered to be put in a “higher risk list”. One wonders why.

Or maybe you are like this other acquaintance who needs to undergo surgery, but has no relatives or close friends that could stay 24/7 with him to help him with basic support in the hospital and at home while he recovers. Under current rules, his vaccinated parents are not allowed to come. Meanwhile he checks the news and sees that Israel will soon open for groups of tourists – except for those from red countries, so Brazilians again are not invited.

Maybe you are like me, who is watching this happen and cannot understand the epidemiological reasoning behind these policy choices. We are 18 months in this pandemic, there is already enough stress and negativity from seeing loved ones dying, sick or with their means of life depleted. We have a vaccine (in Israel we even have a fresh third booster), we have PCR tests, we have masks and mandatory quarantines. There should be rules to help curb the spread of the virus, but they should be reasonable, transparent and fair.

In this upcoming new year, I wish the people behind these policy choices could also imagine they were the Brazilian-Israelis whose lives they are affecting. I wish there was more humanity, empathy and fairness in the way these serious requests are being dealt. Brazilian-Israelis wish and deserve to meet their vaccinated family-members as much as any other Israeli, so hopefully we will be soon treated equally.

About the Author
Luiza was born in Brazil and immigrated to Israel in 2018. She is a lawyer and currently doing her Ph.D. in Data Protection Law at Tel Aviv University. In 2020, she was awarded by President Rivlin the "President's Scholarship for Excellence in Science and Innovation". She speaks 6 languages and is (slowly) learning Hebrew while being a mother of 3 small kids.
Related Topics
Related Posts
Comments