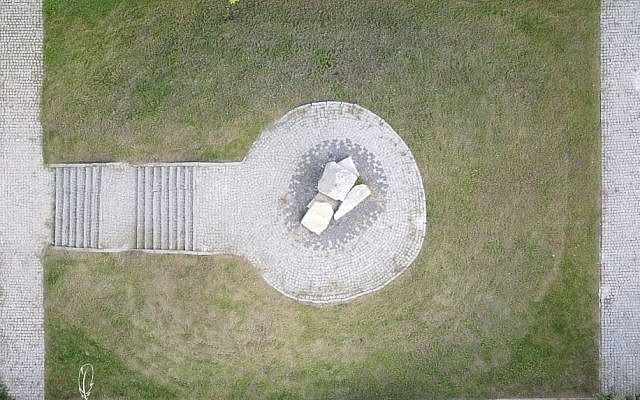 Let’s gather facts. An Israeli organization, let me not mention the name as they want their Name to be Global, released information to the press about having 10 tefillin that were recently secretly smuggled to Israel. Not nine, not eleven, but ten. Those tefillin were supposedly found by demolition workers in the bunker in the ruins of what used to be the Warsaw Ghetto. The workers contacted the organization emissary and he or she secretly took the objects to Israel. All of this was released on the eve of the International Holocaust Remembrance Day. So much for facts released.

In any of the above scenarios, it is hard to resist the impression that the Holocaust memory was used and abused by an organization that is supposedly working in its name.

Assuming the story is factual, it is disturbing on multiple levels.

In human/religious terms it is the plundering of graves. Yes, this part of Warsaw is a mass grave to thousands of Warsaw Jews who were buried alive in the rubbles of the ghetto in April of 1943. It is estimated that in the course of the Warsaw Ghetto Uprising there were 13.000 victims, half of this number were buried or burned in the rubbles from April 19th till May 8th, 1943. With this scarce information about location, I can anticipate that a Holocaust victim grave was looted of sacred religious objects.

In history research terms it is vandalism of historical site. All we are left with is a picture of tefillin in social media of the Israeli organization. No context, no location, no research, no owners, a silent picture.  An organization that has neither experience nor resources to carry historical research at the site or to carry any comparative historical research on the objects they now hold. An organization that discredited itself by the way how they have handled the tefillin and how they blatantly announced the smuggle. Instead of research, we are left with a statement from the Rabbi who directs the organization in question and reduces it to a laconic statement “Finding the ten pairs of Tefillin in a singular location demonstrates the Jewish lifestyle they kept in the ghetto”. This is revelatory. What happened to the other items mentioned : books, weapons, hunting tools?

No, it is not my outcry about who shall own the objects, their historical value defies any definition of ownership. It is my outcry about the way how the matter was handled from the find itself to the announcement. We have lost a historic opportunity to learn something, in comparative research we might have learned a lot about who were the people hiding there, what was their story. Maybe there are their relatives still alive who for the last 78 years are looking for a trace of life. In Warsaw only there is the Jewish Historical Institute or Museum of History of Polish Jews-Polin which would go far beyond making this find into a social media picture opportunity.

In international relations terms, it is a violation of any still existing Polish – Israeli partnership. The way it was announced shows clearly that it was not about any Holocaust memory but marketing and the “gold rush” for Holocaust memorabilia. Shall we understand this criminal act and the way how the objects were handled as the next opening in constructing “traumatainment” based on Holocaust memory?   I know exactly the line of explanation that they will take, as I have heard it too often. Such situations were happening often before but till now no one yet decided to make those into marketing campaigns. Is it really the way we want to build Holocaust memory, awareness, and responsibility?