“Our rabbis taught: there are three partners in the creation of a person: the Lord, his father, and his mother.”  (TB Kidushin 30b)

Perhaps the following comments are childish; I once heard that at the death of one’s parent, one is always a child.

A natural process of which, if all goes well, we humans are all cursed. At some point in our lives we become orphans. I heard from Rabbi Yehuda Susman in the name of my teacher, of blessed memory, Rav Aharon Lichtenstein zt”l, that when one’s first parent dies, one still feels a connection to the past. But the death of the second parent irreparably severs the cord anchoring one’s soul to previous generations.  Indeed, when both father and mother leave, only the Lord is left to gather one up.

My parents both left me, 17 years apart, during the month when Jews traditionally recite Psalm 27 celebrating God’s embrace of the abandoned. It was hard to continue to utter the prayer and then look at my children knowing that just as my father and mother left me, I too will, if all goes well, one day leave them. As my father loved to say, the world stops for no man.

I feel that something strange happens upon reaching this austere and melancholy stage in life. As knowledge of one’s mortality kicks in a strong desire to protect the future and my place in the world strikes at my heart. Making sure that wills are in order and double and triple checking insurance policies and accounts seem to continually cloud my mind. Becoming the older generation and finding a new sense of responsibility for the next piles newfound burdens upon my shoulders.

My father was taken from us abruptly. I was already 33 and a parent to 3 young children. But the searing pain cut me to the core. After his accident, he lived, if that is what one might call it, long enough for my family to gather to watch his soul depart his body a week or so later. Even as an adult, I cried for him the tears of my youth. As C. S Lewis describes, I felt a pale yellow veil cover my eyes and an iron wall block out heaven. I clearly remember watching the first dawn realizing that the earth turned without the footsteps of my ever strong father. Cut down at work through a series of misfortunes. I remember vividly my mother’s embrace. Holding me she exclaimed how lucky I was. My father lived to see me reach manhood. Something not guaranteed given my parents advanced age at the moment of my birth. I was even older at the birth of my youngest, sweet, child.  He was 75 and I cried.

My mother was 91. While my father seemed to me to have a herculean presence, I visited my mother as time took its cruel toll. When we last visited, a month or so before her passing, I could feel death creeping slowly and carefully eating away her body bit by bit. The slow process numbed the eventual pain. Guilt, however, always hovers. As if being prosecuted by the specter of Camus’s magistrate in the Stranger, I wonder if I cried enough. It wasn’t the same, I tell myself. My father disappeared while my mother gently, and often painfully, withered away. Did I cry enough for her? Is it ever enough? And when I cried, was it really for her or really for me?

While my father was a pillar of strength, my mother was glue. In the seventeen years after my father’s death, my mother was blessed with 45 great grandchildren. Her most prized possession hung royally from her neck. A golden chain stringing together a series of charms representing her numerous descendants. In a sense, her children disappeared to be replaced by a golden row of 27 grandchildren and another row of 45 great grandchildren. My family, the youngest, only found representation in the first row. I look forward to seeing their families sprout and grow but they will never dangle as little golden girls and boys on my mother’s chain. For the chain is now broken and the charms are all dispersed.

Perhaps more symbolic than even the thud of dirt knocking on my mother’s coffin as we finished the burial was the breaking and diving up of the pendant necklace.  We were not up to doing it. An old childhood friend was given the surgical task. I couldn’t watch. Every one of my mother’s children received their inheritance from that chain of gold. Each one of us received the little symbols of my mother’s future divided into our individual futures. We went home with little golden heads or miniature gold figurines etched with names and birth dates; the next generation, never to be linked in that way again.

I cried when my father died. I cried for the loss of the strength that was the man. I had the luxury to still cry like a child. When my mother died, I cried for the broken chain that will never be whole again. But now there is no one but God to catch me when I fall. I pray that the fall will not be too hard, and that I can get up again. Who else will restring those charms? 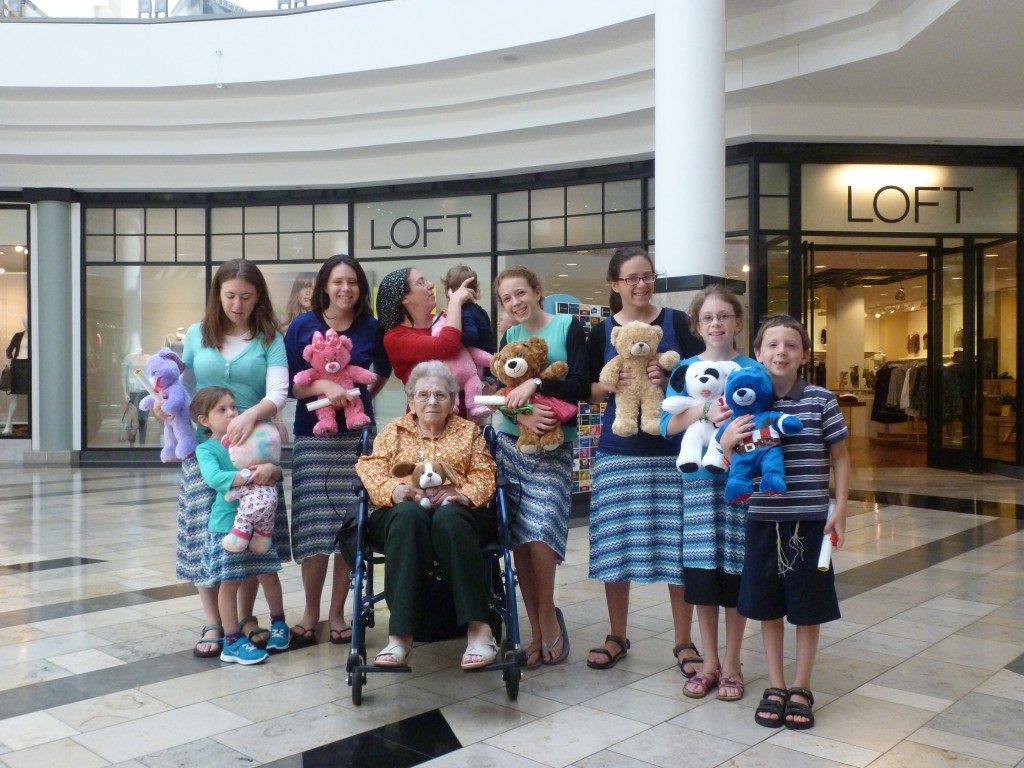