You may have to read it more than once to get the joke, and it’s not very funny, especially if you live in the Land of Israel at the turn of the first century CE. But in those Roman times, being a gladiator was serious business – and invariably life-threatening.
Let’s look at this week’s Talmudic learning of the Shabbat tractate on daf 150a, with a reference to the Roman theater and circus – for a glimpse at what life was like in the Jewish land of Israel during the latter part of the Second Temple Period.
Roman cities around the empire provided entertainment, at no charge, to keep the people happy. The arts flourished, with theatrical performances in the round (or half-round) and galloping horse-pulled chariot races. These also included the more blood-thirsty gladiator battles, often ending in death to the humans, animals or both.

Ancient Caesarea provides a wonderful Israeli example of what a town like this looked like.  Notice King Herod’s seaside colonnaded palace, with the theater’s half-circle behind it and one of the city’s oblong hippodromes to the left. Fresh water sources, including a beautiful central (free) bathhouse, were abundant. 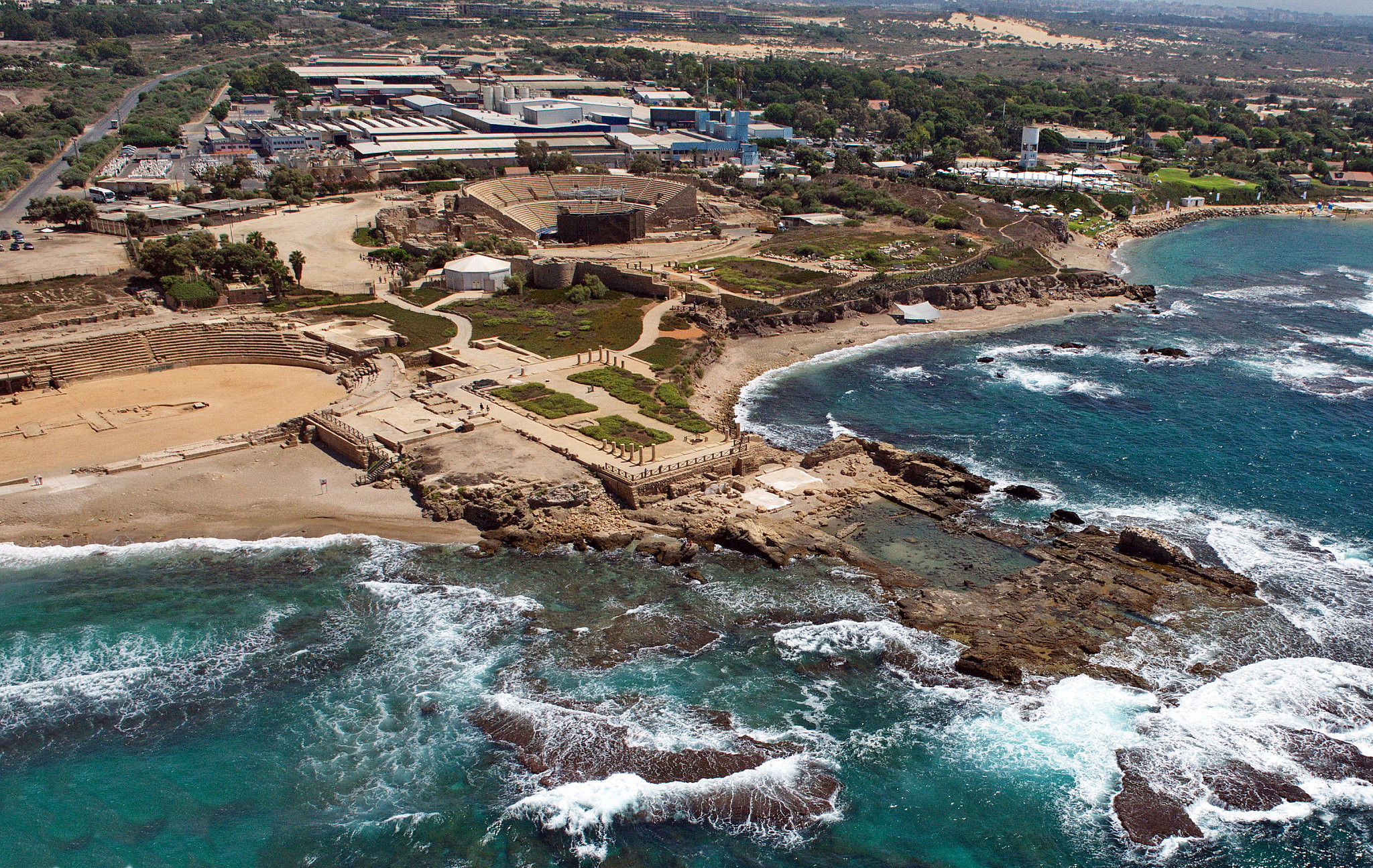 Aerial photo of ancient city of Caesarea (Wikipedia)Today’s daf, or page in the Talmud, in Tractate Shabbat 150, mentions going to the theater, the circus (In Roman: hippodrome) and the basilica on the Sabbath. Other Talmudic passages discuss whether Jews can enjoy these Roman forms of entertainment at all.

The Roman bathhouse was a focal point, a central meeting place in any proud Roman city of the time. And Herod’s Caesarea was no slouch, boasting a beautifully frescoed, multi-roomed affair with columns and mosaic floors to match any other. The rabbis argued over whether this was a place for Jews, with Rabbi Gamliel determining he was not, in fact, honoring the bathhouse statue of Aphrodite by bathing in front of her. But this form of entertainment was limited and its moral terpitude debated. 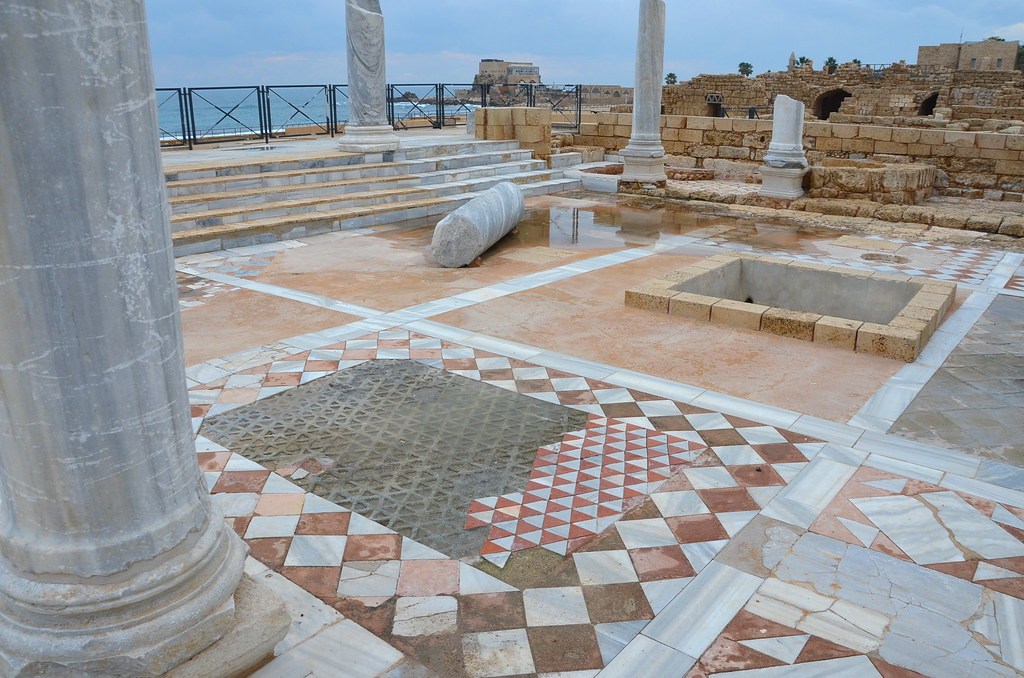 The Roman theater introduces a new type of cultural challenge. With shows not unlike our own, its performances and music provided the public with entertainment. The Rabbis of the time looked down upon mingling with the Romans and enjoying their plays, seeing little reason to permit Jews to attend. 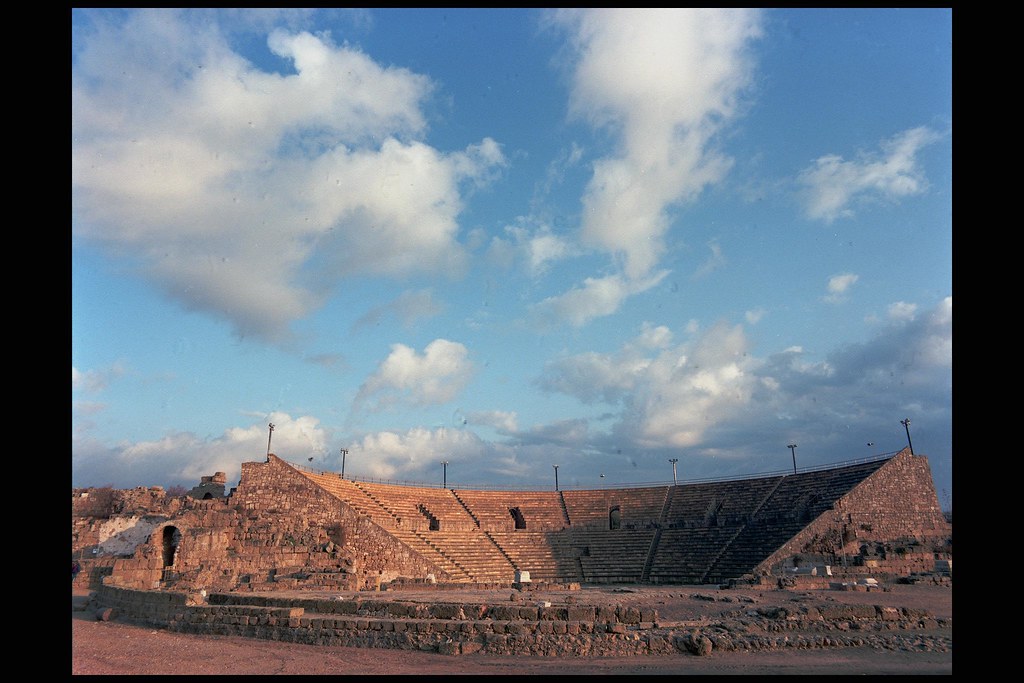 Stewart Rubin, in his fascinating review of Jewish law and Roman entertainment, cites the overwhelming bloodthirsty nature of the gladiator battles, which took place mainly in the hippodrome, or circus.  Imagine the horses tearing around the edge, carriage wheels flying behind. The crowd cheers even louder as one falters and falls, its riders careening to the ground. You can almost hear the people, and their cruel jeers, enjoying the difficult scenario. Again, rabbinic edicts heavily favored not allowing Jews to attend, in a mixed rejection of Roman culture and the cruelty of the games. 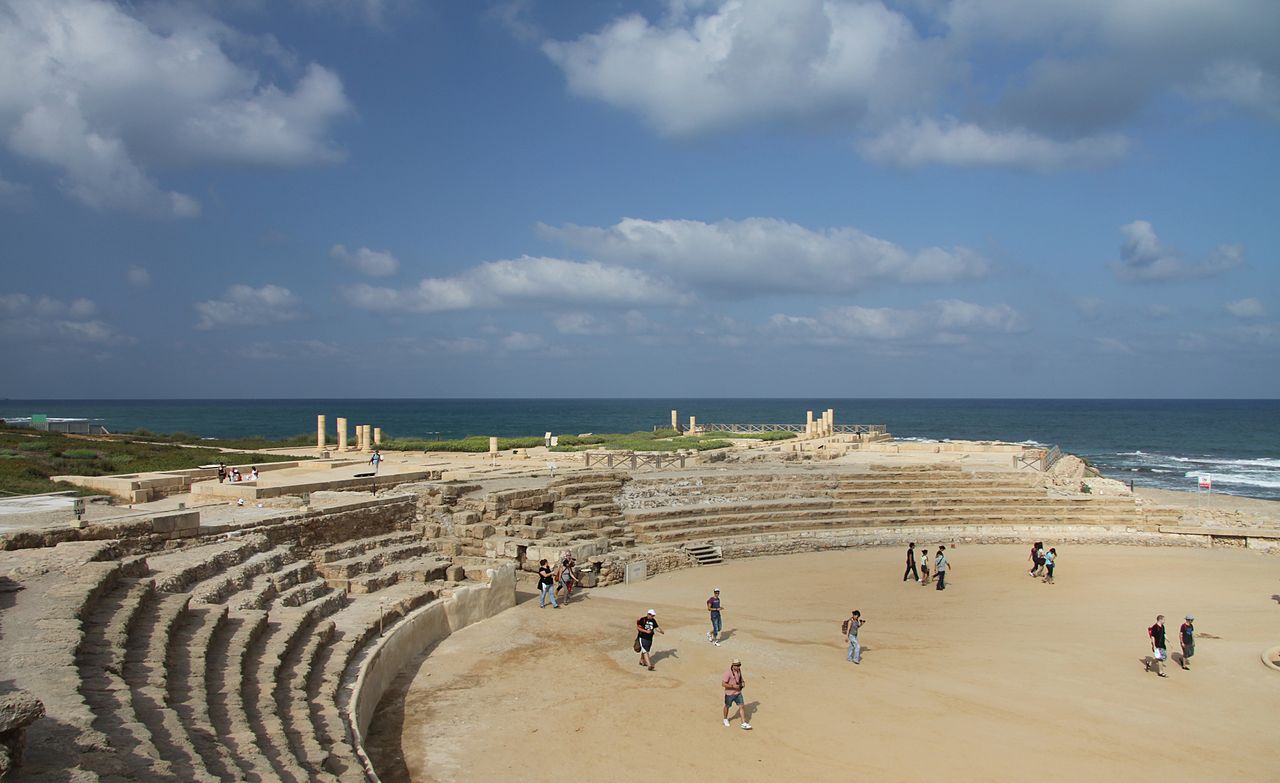 So much for good old fashioned fun. Across the empire, Roman culture introduced the gladiators as an alternative, even more ‘fun’ outlet. In fact, King Herod tried to introduce these games in Jerusalem and was met with a lack of enthusiasm, to put it mildly.  But in Caesarea and other areas of the country, when the chariot races turned to gladiator battles, man facing beast, or man facing man, the crowds grew wild and, as Rubin describes, enjoyed the ‘bloody slaughter’. That’s when the rabbis changed their minds, some permitting and even encouraging Jews to attend these horrible events. Why?

The people watching were swept up in the action, and had a say in whether the animal, or the gladiator, would live or die. From the audience, a simple thumbs-up or thumbs-down would do it – so the Jews were encouraged to attend and save lives.

Glad I wasn’t around to attend.