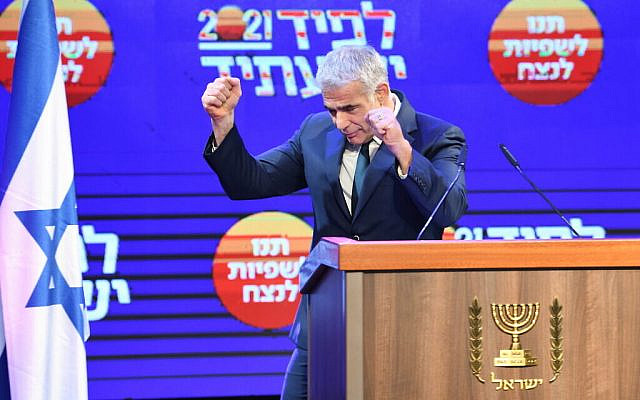 Things obviously cannot continue as they are. If all political players in Israel stick to their paradigms and promises, a fourth inconclusive election in two years could very well lead to a fifth by the summer. But if the emerging results reflect the final results, the parties opposed to Benjamin Netanyahu’s continued rule have a chance to reshuffle the deck.

This means the following:

No scenario is good for most people, and the last is pretty bad. The Bennett gambit may work despite his last-minute campaign promises aimed at the right which constrain him: he has also said Netanyahu must go, and he would enter the ranks of prime ministers earlier than planned. But then again it may not.

In that case, another Netanyahu government, for however long it lasts, would be at loggerheads with much of the world. It would also take Israel more steps in the direction of a Jewish Turkey or Iran and away from its current constitution: a liberal democracy with equal rights, freedom of expression and an independent judiciary. It would be a coalition with ultranationalists and homophobes that will require modernists to adopt the Leninist perspective that things must get worse because they get better: perhaps when flames engulf their homes the Israeli public will wake up.

The first scenario is obviously the happiest for old-school Zionists and those who want Israel to remain an extension of the West that can get along with US Jews and function as a democracy, however flawed.

It would offer a repeat of the opportunity faced by Benny Gantz a year ago, which he squandered through credulous softness, using the pandemic as an excuse to join forces with Netanyahu (which he now swears he would never do again). This time, the combination of Yesh Atid leader Yair Lapid, Likud rebel Gideon Saar and the others in the “change bloc” looks more determined, even if less united behind one candidate.

Here’s what they could do:

Immediately create a parliamentary bloc of 61 with the Joint Arab List and Ra’am, putting aside all quibbles on this matter. Put any necessary pressure on Yoaz Hendel from Saar’s party, who ruined this option last time by boycotting the Arabs. It is time for Israel’s Jews, even semi-nationalist ones like Hendel, to grow up about the Arabs. They’re not Zionists, but neither are many of the Haredim. They are citizens and would like to be treated thusly.

Appoint Yesh Atid’s Meir Cohen Knesset speaker, replacing Likud’s Rasputinesque Yariv Levin, and pass a law  preventing a criminal defendant from being appointed prime minister. There will be tisk-tiskers who will oppose “personal legislation” that would not have happened if not for Netanyahu. The response would be that it should have happened and it corrects a grave loophole that Netanyahu’s actions of the past two years have proven to be damaging.  History will thank every Knesset member that supported it, ending Netanyahu’s problematic term.

Do everything to set up a change government, which initially could be a minority government, perhaps declaring it will serve for a short period (two years?) until the post-COVID economy is stabilized and Israel can hold a real election on the issues: what to do about the Palestinians, and how to change the status quo with the Haredim which is positively suicidal for the country.

Although there are multiple options for prime minister, in the ideal and just scenario Lapid should get the nod. He has weathered six elections, is the closest to a fighter in the Netanyahu mold, and heads the largest party in the bloc by far.

I would propose that even if this is a minority government without the Joint List, it should offer Ra’am leader Mansour Abbas the role of Internal Security Minister. This will be a positive shock to a system that needs one, will keep him from going with Netanyahu (which is weirdly conceivable), and will address the burning issue of crime in the Arab sector. Abbas should be viewed not so much as an Islamist but rather as a courageous politician who wants true integration, breaking a longstanding, damaging and increasingly unpopular reticence.

They could also invite Bennet into this government, and make clear that Likud would be welcome to if it replaced Netanyahu, who will be busy with his trial and in any case would not be able to run again until acquitted. A change in the electoral system to one that will yield a result is needed, unlikely in the near term, but not inconceivable.

The above involves a bit of hat-eating and promise-betraying but it gets rid of a toxin, begins the process of healing, and starts to do right by Israel’s large Arab minority. It will mean putting aside real movement on the Palestinians under the next election, which is unfortunate but necessary.

Perhaps most importantly, it would be a case of playing hardball, to use an American baseball analogy). It is absolutely what Netanyahu would do (indeed, he is already courting Abbas, just a year after shaming poor Gantz out of setting up a coalition dependent on Arab parties).

The lesson here would be important: The Israel public has become accustomed to the notion that only Netanyahu plays hardball, that only Netanyahu breaks pointless promises in his unyielding quest for power. That only he fights to the finish, like a lion. It’s a critical part of his appeal in Israel’s rough neighborhood.

It’s time to end this monopoly.