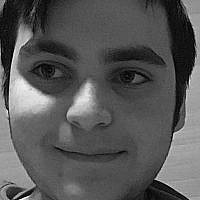 How is it that every year, around Tisha B’Av, it seems that the Jewish people are more polarized and divided than ever? Liberal Jews in the Diaspora are pouring their hearts and souls into BLM and the Democratic Party, while ignoring their blatant Antisemitism. I could only imagine the arguments on twitter between Jews who support BLM and the militants who say they are not doing enough. It seems like an exercise in futility to me.

How is it that Jews outside of Israel and Israeli Jews seem to be connected by fewer and fewer things? Just today, I found an article saying that Seth Rogen, one of the more famous Jews out there, questions the legitimacy of the state of Israel. I wonder what Israelis think of him now that he has made these claims.

How is it that the Jewish people always tout that the reason both Temples were destroyed was because of שנאת חינם, or baseless hatred, yet seem to possess so much of it themselves? There is a difference between pointing out hypocrisy in the Jewish people, as I am doing right now, and harboring disdain for those who hold these opinons. I love EVERY JEW, yet this notion is not accepted by all in the community. Whether they admit it outright, or hide their thoughts behind tweets,שנאת חינם seems to be trumping אהבת ישראל, or unconditional love for every Jew and for the Jewish people.

How is it that even in the state of Israel, a beacon of light unto the nations, we cannot seem to control a virus that’s is harming countless individuals. I was always taught that פיקוח נפש, or saving a human life, overrides every mitzvah in the Torah (except for idolatry, murder and adultery). Why is it that there are so many people who claim to be frum perseverate on the need of going to synagogue, when preserving lives comes first. This is even more true when you consider that this disease spreads asymptomatically, meaning someone who did not even attend services could get infected if Ploni (the Talmudic equivalent of Jon Doe) infects your neighbor’s grandmother. It is one thing when the disease spreads naturally and a person dies, but it is my belief that if you violate the rules meant to protect human life, and get someone sick, and that person dies, than you are a רוצח, directly responsible for that person’s death. I am baffled at why the Poskim are not being more vigilant in this matter.

With all of the points mentioned above, it appears that the Jewish people are not living up to their spiritual potential, and, G-d forbid, desecrating the name of Hashem.

The book of Eicha ends with this passuk.

”Restore us to You, Hashem, so that we may be restored; renew our days like those of old.“

While this verse is generally understood as a request for the restoration of the Temple service (may it be speedily in our days), I would also like to consider that this verse could be a sense of nostalgia for times when people could have a normal conversation with each other, not get called racist, and where policemen are respected as the guardians of the law that they are.

I wish everyone an easy and meaningful fast.