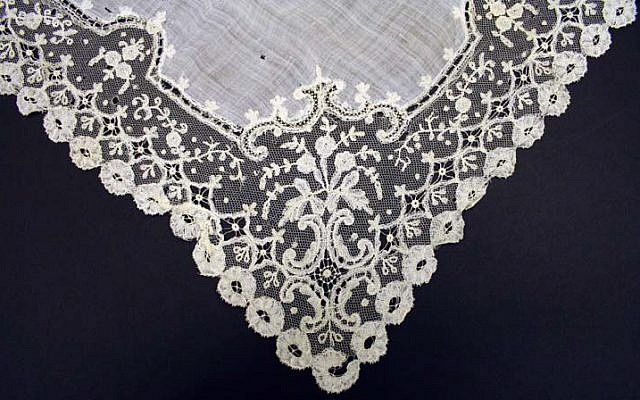 The Hebrew language has several words to refer to “linen”: pishtah/pishtan/pishtim (“flax”), butz, sheish (Yoma 71b), and bahd (Zevachim 18b). In fact, the Talmud explicitly defines the last two words as “linen” — which is known in the Talmud as kitna (see also Targum to Ex. 9:31). The word kitna refers to “linen” in several other Semitic languages (like Akkadian and Arabic), and is possibly even the basis of the Biblical Hebrew word ketonet (“tunic”). As Professor Edward Yechezkel Kutscher (1909-1971) explains, the Greeks borrowed the Aramaic word kitna as chiton (“linen shirt”), which, by way of metathesis, became the Latin word “tunic”. In this essay we will explain the differences between these ostensible synonyms for “linen,” and we will explore whether the English word “cotton” is also derived from kitna.

Some say that sheish is actually an Egyptian word which refers to the choicest type of linen (see Daas Zekanim to Gen. 41:42), and that butz is the Aramaic/Hebrew translation of that Egyptian word. Interestingly, byssus — a Latin word for a thin silk-like linen — is said to be directly derived from butz.

Rabbi Shlomo Pappenheim of Breslau (1740-1814) explains that these different words refer to different stages in the production of linen items. Pishtah/pishtanrefers to the flax plant while it is still attached to the ground. Sheish refers to combed strings of linen which have not yet been spun into threads. This word is related to shayish (“marble”/”limestone”) on account of its smoothness. Bahd refers to an article of clothing made from linen. He explains that in ancient times linen fabric did not have threads of any other type of fabrics mixed in because no other material could retain its dyed color in the same way that linen could. For this reason linen is called bahd (“alone”).

Rabbi Yaakov Zev Lev (1946-2018) inMe’at Tzari (to Lev. 16:4) makes a similar distinction about the Aramaic words for “linen”. He explains that kitna refers to linen/flax when it is still unprocessed and attached to the ground, while butz refers to processed linen.

Rabbi Moshe Mordechai Schulsinger (1941-2010) writes in his work Mishmar HaLevithat he was bothered by why the Talmud needed to prove the meaning of these linen-words that appear in the Bible. Why can’t we assume that the meaning of Hebrew words in the Bible should already be understood through tradition? Rabbi Schulsinger mentions that he posed this question to two great rabbis and received two different, but similar, responses.

Rabbi Yaakov Yisrael Kanievsky (1899-1985), known as the Steipler Gaon, wrote to Rabbi Schulsinger that the literal meaning of the word sheish is not “linen”, but is a certain type of color. He supports this contention by comparing the word sheish to other words used to describe fabrics in the passages concerning the Tabernacle. The words techeilet (roughly “blue”), argaman (“purple” or “orange”), and shnei tolaat (“red”) do not refer to a specific type of fabric, but instead refer to a specific color. This same idea, argues Rabbi Kanievsky, is true of sheish,which refers to the color of a whitish fabric, but does not say what sort of fabric it is. In the case of the three aforementioned fabrics tradition tells us that they are made of wool, and the Talmud sought to prove that sheish is different in that it refers to linen. Similarly, the word bahd simply means “alone,” and the Talmud sought to prove that this refers to “linen”.

Along these lines, Rabbi Dov Landau (a Rosh Yeshiva at Yeshivat Slabodka in Bnei Barak) wrote to Rabbi Schulsinger that sheish is a general term which can refer to any type of honorable clothing. Because of this, the Talmud needed to prove that in certain instances, when the Torah calls for the use of sheish,it refers specifically to “linen”.

So how do you say “cotton” in Hebrew? The truth is that since cotton simply did not exist in the ancient Near East, it makes sense that there would be no word for it. That said, some linguists argue that the word karpas (which appears in Esther 1:3) is a loanword from Persian where it meant a cotton garment. The Greek carbasus and the Latin karpasos also refer to a cotton garment. In Rabbinic Hebrew the common term for “cotton” is tzemer-gefen (literally, “wool-vine”), which happens to be quite similar to the German word baumwolle (literally, “tree-wool”).

Professor Kutscher resoundingly answers “No”. Instead, he points to the English word cotton, Italian word cotone, Spanish word algodon, and the French word coton. He understands that all of these words are derived from the Arabic word qoton.

Regarding the Arabic word itself, Kutscher accepts the etymology proposed by noted linguist Sir Godfrey Rolles Driver (1892-1975), that it is derived from the Semitic root KUF-TET-NUN,which means “small” (like the Hebrew katan). Kutscher explains that cotton was called “small” because its fibers tend to be smaller and thinner than wool, whose hairs are much thicker (see Shabbat 105a concerning thin threads which are called ketini).

Based on this, Kutscher argues that the Modern Hebrew word kotna is ultimately derived from the Hebrew katan. He notes that the fact that kotna and ketonet/kitna are phonetically similar is merely coincidental, because really the former should be spelled with a KUF and TET, while the latter is spelled with a KAF and TAV. (See also Rashi to Berachot 28b, Shabbat 21a, Shabbat 110b and Niddah 17a, in which he spells the French word coton with a KUF and TET, as well as Maimonides’ commentary to the Mishnah Kelaim 7:2, where he correctly translates tzemer-gefen into Arabic as al-qoton). In short, cotton is not related to kitnah (“linen”), but tokatan (“small”). [According to linguists, the Aramaic word pekolin,which refers to “cotton tufts,” is actually borrowed from the Greek word phakelos (“bundle” or “fascicle”).]

We conclude by referring to a journalistic principle known as Betteridge’s Law of Headlines: “Any headline that ends in a question mark can be answered by the word ‘no’.” This article, of course, is no exception.