You cannot condemn this: 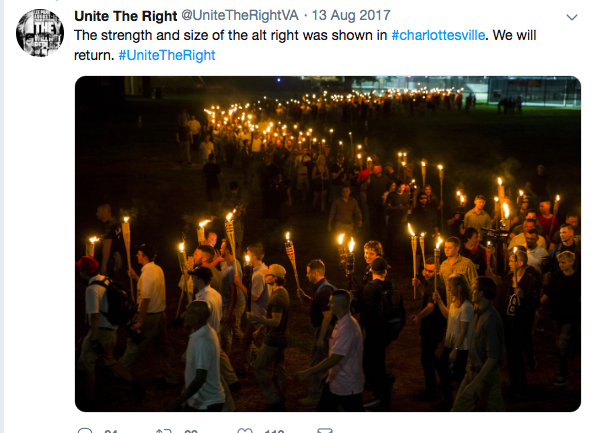 while standing by this: 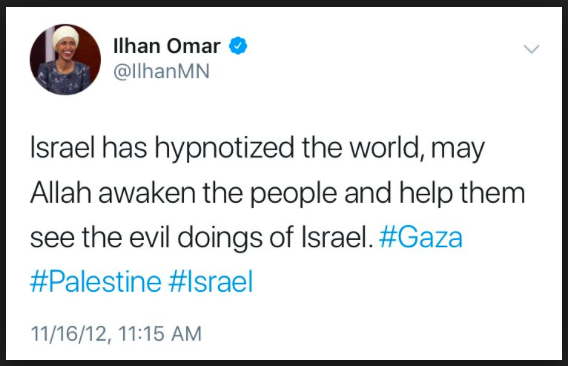 Bigotry is not a partisan issue and those of us who have been victimized by hatred need to stop playing the left vs. right game. Many want us erased, yet we refuse to be invisible. They want us dead, but we choose life. Ilhan Omar’s latest bigoted comments have been met with many, rightfully so, calling her out for her blatant anti semitism. Unfortunately, there are also many who are sticking by her, claiming that she “deserves” another chance.  Funny thing about that word …. Deserves. Nothing in her history gives her the privilege to deserve anything other than full responsibility for her actions. If David Duke, Donald Trump, Mike Pence, and the many others make their outrageous racist, bigoted, homophobic claims do they deserve a second chance? I’m willing to bet that those who are choosing to stand by and support Omar in all of her racist bigoted glory would not do so if her statements were made by White men. Those who know me know that one of my pet-peeves is hypocrisy. Unfortunately, we are seeing political and community leaders fall short of the greatness we expect of them. I do not owe Ilhan Omar a damn thing. Not because she is a woman of color and not because she holds public office. She is a disgrace to all that I hold dear as a Black American and she does not represent me. Allowing this type of behavior to go unchecked will not end well for our nation or our people. Bigotry is bigotry, whether from the so-called left or from the so-called right. If Omar, Pence, Duke, Farrakhan, want us dead because of who and what we are, because of what we represent, their political affiliation does not matter. I am not a blind member of the political party that I am registered with. I will not be blindly led to my demise out of some misplaced sense of loyalty–especially when those party members are not loyal to me.

About the Author
Brandy Shufutinsky is a social worker, writer, researcher, and advocate. She holds a Doctorate in Education from the University of San Francisco in International and Multicultural Education and her MSW from the University of Southern California. Brandy has worked towards advancing the rights of victims and survivors of domestic violence and sexual assault within the military community through practice, education, and research. Currently she is working towards developing intercultural and academic opportunities to enhance liberal democratic ideals.
Comments