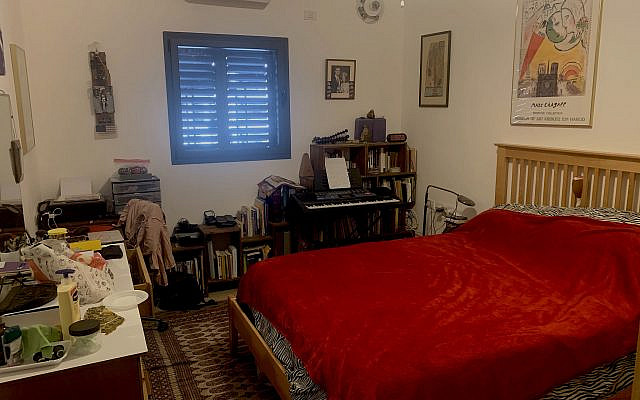 After missiles launched from Gaza began soaring toward us in Tel Aviv, a friend in the US emailed to let me know that she was worried about my wife and me.

“I thought most of the bombing was happening around Jerusalem,” she wrote.  “Please let me know how you are. I am sure others here would like to know too.”

To reassure her and others back in my former home, I wrote, “Judith does like her wine, but she never gets bombed, barely even tipsy.  I drink a bit, and at times I can get giddy. However, that’s often more about me than the drink.”

I thought she would find it comforting to see that I was still the same playful guy who was her neighbor before my wife and I settled in Israel nearly two years ago.

“But seriously,” I continued, “the night before last we saw the sky over Tel Aviv flecked with giant fireflies. They were the missiles of the now-famous Iron Dome defense system rising up to intercept the incoming missiles from Gaza and reminded me, on a smaller scale, of course, of the American night bombings of Iraq years ago.  Last night, after 1:00 am, sirens went off, and we heard an explosion, or two, but the barrage seemed to have been much smaller.”

I trusted my friend would recall that President George Bush, egged on by Vice President Dick Cheney, insisted that Iraq’s Saddam Huessin had stockpiled weapons of mass destruction to menace America. Bush’s infamous lie plunged the US into a war that killed thousands of our soldiers and compromised America’s credibility and economy.

To put my Israeli life into context for my Wisconsin friend, I told her about the video footage of mobs attacking solitary people; in one case Arabs on Jew, in another Jews on Arab. Those disturbing images mirrored last year’s Black Lives Matters protests marred by violent outbursts of Black and White citizens, and  police brutality, not to mention the videos of White Supremacists screaming antisemitic epithets in Charlottesville, and Trump supporters storming the US Capitol in Washington, DC.

The one saving grace, in Israel’s case, is that our leaders, from the left and right have roundly condemned the street violence of Jews and Arabs alike. Worried as I may be about Hamas’s missiles from south of the border, and the specter of civil war within my new country, I told my friend that I am also concerned about the life, limb, and soul of my birthplace.

With Republican representatives stripping Lynne Cheney, the former vice president’s daughter, of her leadership role in the party, and Donald Trump still whipping up his base over the results of the 2020 election, I wrote, “I truly hope you and our other dear friends stay safe. The firepower civilians wield in the US dwarfs what civilians have here, and the hate in America seems even more deeply entrenched and irrational.”

When Cheney, who supported her father’s weapons of mass destruction canard, refuted Donald Trump’s claims that the 2020 president had been stolen from him, I felt a glimmer of hope for America’s future. Then I read that 70% of Republican voters still insist the election was fraudulent, and that glimmer dimmed.

Here in Tel Aviv, with all the rockets’ red glare, and the bombs bursting in air, I take some comfort in my bedroom bomb shelter knowing that the country had the fortitude to send a former prime minister to prison for corruption. Now the high court is reeling in its current PM to stand trial for corruption, fraud, and breach of trust, despite his screams about a deep-state conspiracy to topple him.

Hostilities between Israel and Gaza may be escalating alarmingly, but I have confidence in Israel’s ability to defend herself.  Moreover, I do not believe that leaders here want to see civil war break out between Jewish and Arab citizens.  I hear them pleading for unity amidst the stone-throwing, the smoke, and fire.

Back in the States, with tens of millions voicing support of Trump’s Big Lie, I hear fascistic madness masquerading as free speech. As for Republicans in the US Congress demoting Lynne Cheney from her leadership role for speaking her mind, I see a true Cancel Culture movement led by people in power fanning the flames of insurrection.