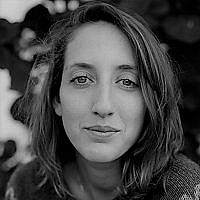 The Blogs
Leviah Landau
Apply for a Blog
Please note that the posts on The Blogs are contributed by third parties. The opinions, facts and any media content in them are presented solely by the authors, and neither The Times of Israel nor its partners assume any responsibility for them. Please contact us in case of abuse. In case of abuse,
Report this post.

On March 8th, the world celebrated International Women’s Day. Thousands of posts, tweets and hashtagged voices called out for women; to end the violence and oppression against them, to celebrate their uniqueness and beauty, and to rally communities to improve women’s conditions around the world. There was a lot of excellent photography from around the world. There were plenty of campaigns with talented graphic design. I was mesmerized scrolling down my endless twitter and facebook feed, tailored to “women’s issues”. This hype was much bigger than November 25th, International Day to End Violence Against Women. With a title that long, there’s sure to be some lag in clicktivist rigour. Although I saw an effort by the majority to cry out with words of strength and encouragement, most of the focus was placed on the fact that women suffer, and their conditions are bleak. There were few optimistic glimmers of a different reality.

Reading between the streams, I saw a lot of colors. From Washington, to London, Manilla, Mogadishu, Sydney and Kandahar, there were messages from everywhere. Women were visible, and whether or not they looked worn out and traumatized or smiling and strong, their faces appeared on all the campaign posters and articles. What struck me about the images from International Women’s Day was the diversity. Seeing women old and young, doing all sorts of creative rallies and protests on such a grand international level, was the most inspiring part of the day.

This aspect women’s empowerment through diversity is one of the things I love most about being part of El HaLev in Jerusalem. There are plenty of other unity-driven NPO’s in this country, but they are usually still limited. For example, look how many political platforms and kiruv organizations call out for “Jewish Unity”, or others that focus on just “Palestinians and Israelis”. The only discrimination at El HaLev is that our programs are for people from vulnerable sectors of society*, which sometimes includes men. To see women transcend religious, social, economic and political divisions to come together, and smash through bricks with their bare hands, inspires an optimism that is often hard to find living in a world where 1 in 3 women experience gender-based violence.

“Everyday at Beit El HaLev is like International Women’s Day,” was the running joke in the office on Sunday the 8th. We didn’t host any fundraising events or parties, we did was we normally do – run empowering programs in self-defense and martial arts. However, there was one special activity. The group, Forum Tza’irot (Young Women’s Forum) came from around Israel to participate in a self-defense empowerment workshop at our facility.  On one level, this was an ordinary event at the organization, though, there was something unordinary about the group. These eleven young women represented a pretty fantastic definition of “diversity” at El HaLev: Palestinian, Ashkenazi, Mizrahi, religious, secular, strong, special needs, straight, queer, white, brown, black, full-bodied and thin… just to cover all general the PC bases.

This group had a strong connection; they laughed a lot and included everyone, they were attentive to the each other’s needs, and encouraged an upbeat, excited energy to everything they tried. El HaLev’s co-founder and CEO, Yehudit Sidikman, continues to lead self-defense workshops at the organization on a volunteer basis, and took on this group for the day. Yehudit is known for her enthusiasm, intensity and charisma, and the girls received her with both giggles and seriousness throughout the workshop. For most empowerment self-defense workshops at El HaLev, we conclude with our signature “break-a-brick” activity.

One participant, approaching a cement block, began to shake uncontrollably in fear. She rushed toward it, and her wrist fell on the block with a painful thump. She retreated and began to back down. Yehudit reached over to hold her hands, and told her that if she didn’t believe in herself, she wasn’t going to break through the block. “I believe in you,” Yehudit said. Her peers cheered her on, some stepping over to give her a hug and words of encouragement. The girl took a breath and with one swoop, crashed through the challenge. I cannot forget her face when she realized what she had done; loosing her balance from shock while tears filling her eyes.

This unique environment of emotional support, is one of the ways in which El HaLev’s self-defense programs are so successful. For many who are put in places of vulnerability by their cultures and societies, learning only physical self-defense techniques is not effective. However, to face with the physical element of self-defense instruction, while being embraced by a community from all walks of Israeli life, is where real strength from inside emerges. The visit from Forum Tza’irot was an inspiring example of supportive power diversity has in violence prevention. These brave young women came together on International Women’s Day and learned how to truly say “No!” to gender-based violence.
*At El HaLev, we determine “vulnerable” as any individual who is more susceptible to violence based on physical, mental or emotional disadvantage, i.e. women, teen girls, children, the elderly, people with disabilities, refugees, and LGBTQ 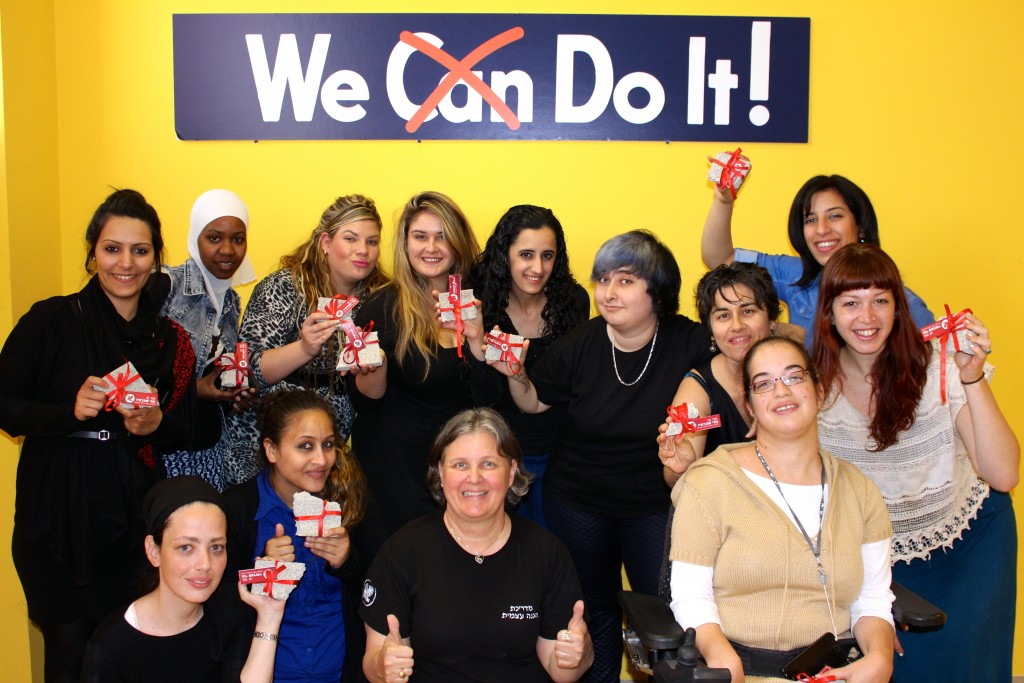 About the Author
Leviah Landau is an aspiring optimist, new parent, and "olah" from the Pacific Northwest. She is the founder Lashal Memoirs and works as a personal and family historian creating "life portraits" in prose for clients. Her first privately commissioned book is soon to be printed. www.lashalmemoirs.com
Related Topics
Related Posts
Comments
Advertisement