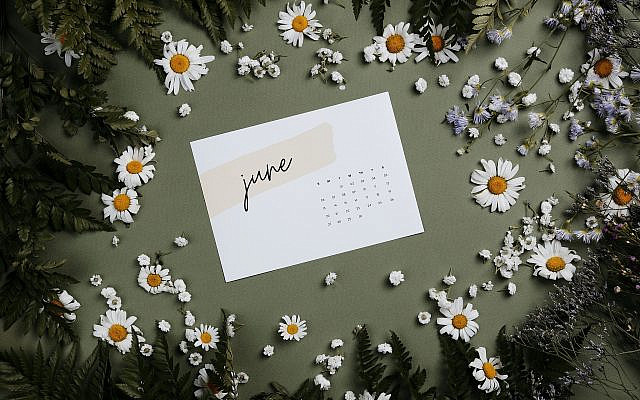 June (Free to Use Photo by Boris Pavlikovsky from Pexels)

Reading one of the UK’s leading newspapers, The Telegraph, there was no shortage of articles about Covid-19. The pages were full of arguments by scientists and politicians as to the wisdom of vaccinating children.

But today is June 6.

For us Jews, there would be no need to worry about vaccinations if it had not been for the brave men and women who took part in the Normandy landing on June 6, 1944 that laid the foundations of the Allied victory over Nazi Germany. But for their actions, Germany might have achieved its aims and Europe, including the UK, would be Judenrein – Free of Jews.

Some 10,000 Allied troops, American, British, and Canadian, were killed on that fateful day in June.

The Telegraph did not see this as worthy of a mention in the pages of its June 6 (on-line) edition.

Perhaps the reporters are too young to know anything of those dark days when Britons fought for their lives. Perhaps they are afraid of upsetting the new Germany that tries to forget its past and find other ways to take control of Europe.

But the Telegraph’s reporters have no problem with misquoting Naftali Bennett, probably our next prime minister.

“Former commando who once boasted about killing Arabs ….” we are told.

Perhaps the Telegraph’s reporter should look at a dictionary. Boast is defined as:
“talk with excessive pride and self-satisfaction about one’s achievements, possessions, or abilities”

What Bennett actually said was: “I’ve killed lots of Arabs in my life – and there’s no problem with that.”

This is simply a statement of fact, not a boast. He was just following the clear instructions of no less a source than the Talmud: “If someone comes to kill you, rise up and kill him first.”

And today is June 6.

The start of Milhemet Sheshet HaYamim, the Six-Day War, forced many Jews to kill Arabs to protect their families and their country from an enemy bent on their destruction.

And tomorrow will be June 7.