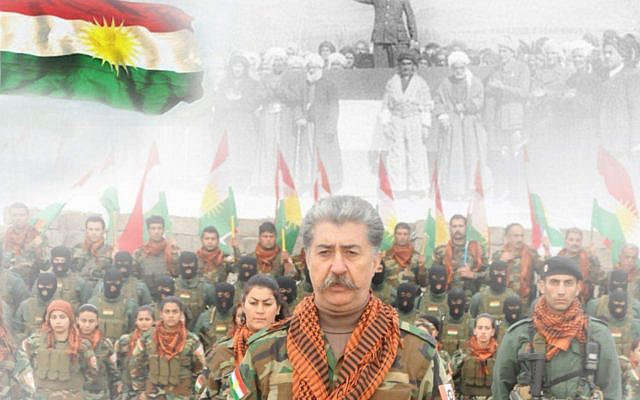 Qazi Muhammad (1 May 1893 – 31 March 1947) was a Kurdish leader who founded the Democratic Party of Iranian Kurdistan and was president of the Republic of Mahabad. He was hanged by the Pahlavi dynasty for treason in March 31 1946. 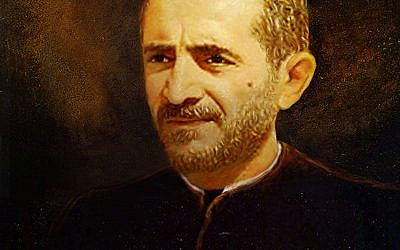 The first day of his presidency, he announced the opening of a school for girls, and that there would be universal elementary education and that it would be in Kurdish, all of these things were firsts for the region. The Mahabad Republic was short-lived, however, lasting from January 22 to December 15 in the year 1946. It ended when Iranian forces entered Mahabad, closed Kurdish printing presses, banned the teaching of Kurdish, and burned Kurdish books.

But his legacy and his dream of a free and sovereign kurdish state didn’t stop there. 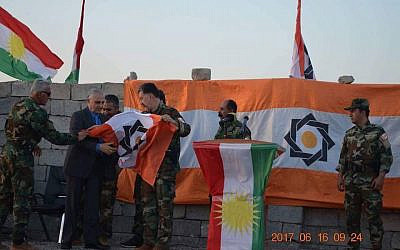 PAK was estabilished by the late Saeed Yazdanpana. The brother of current Hussein Yazdanpana. He was assasinated by Iran in 1991 same year he estabilished the party. In 2006, Mr. Ali Qazi, son of Qazi Muhammad returned to Kurdistan. He joined PAK and was elected in the party’s congress in 2006 as the leader of PAK. In 2017, due to his health maintainance and old age he left Kurdistan and asked for resignation. Then Mr.Yazdanpana was re-elected. The late Saeed Yazdanpana and Mr. Hussein Yazdanpana grandfather, Fayzulla Bayg,  led a thousand Kurdish fighters in the Kurdish revolution against the Qajar Dynasty that ruled over much of the area back in 1881. Yazdanpana’s family have just as Qazi Muhammads family fought for Kurdistan for generations.

The territories comprising Iranian Kurdistan are among Iran’s poorest and least developed. Iranian Kurds are the frequent victims of human rights abuses. Accused of engaging in terrorist activities, Kurdish activists, including individuals with no ties to PAK or other freedom parties, are often detained and executed by the regime on terrorism and sedition charges. As a result, many Kurds in Iran see themselves as victims of a genocidal campaign directed by the ethnic Persian-dominated Shi`a Islamist state. Having exhausted all attempts to achieve self-rule for their community in Iran through peaceful means, Iranian Kurds, in the eyes of PAK, have been left with little choice but to take up arms.

Emerging on January 22, 1946, the short-lived Kurdish Republic of Mahabad, a self-styled Kurdish mini-state supported by the Soviet Union during its occupation of northern Iran in World War II, represented the first Kurdish independent state until it was brought back under Tehran’s fold less than a year later.

Iranian Kurds suffered under the regime of Reza Shah Pahlavi, who went to great lengths to suppress expressions of Kurdish identity and aspirations for achieving autonomy in Iran. The fledgling Islamist regime who took power 1979, adopted a similarly harsh plan for suppressing the aspirations of Iranian Kurds, prompting a mass armed uprising that still are going on today.  Most Iranian Kurds are Sunni, yet sizeable numbers of Shi`a as well as some Christians are represented in the kurdish community. The conflict between PAK and the state is not, however, a sectarian one. Kurds in Iran tend to share a sense of transnational identity with fellow Kurds in Turkey, Iraq, and Syria shaped by a historical memory of collective statelessness and persecution.

“My dears .These are the last hours of my life and I ask this of you : For the love of god ,stop being each others’ enemies.

Be as one and have each others’ back in the face of unfair and merciless enemy. Do not sell yourself cheap to the enemy, Our  enemies only want you as long as it benefits their own propose. The enemy will never show any  compassion for you. The enemies of Kurds are many. They are ruthless, coldblooded and without any conscience.

The success of any people is caused by, unity and support of their whole nation, any nation that does not have unity will forever be under its enemies’ rule. You as kurds are no less than other free nations. On the contrary you are in many ways more ready than other nations that freed themselves before from cruelty. But those who freed themselves had unity among them.

For you to be free you have to stop fighting among yourselves ,stop having  jealousy for each other ,stop selling yourselves to the enemy. Only then you can be free and live in a free country”

About the Author
Michael Arizanti is a debater born in the Netherlands, raised in Norway but now living in Sweden. In Sweden he has been an important part of the debate on how to deal with violence-promoting extremism, and how to fight honor-related violence and oppression. Nowadays he has more focus on human rights and the Kurdish issue.
Related Topics
Related Posts
Michael Arizanti
Comments