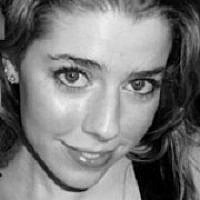 The Blogs
Denisse Dubrovsky
Apply for a Blog
Advertisement
Please note that the posts on The Blogs are contributed by third parties. The opinions, facts and any media content in them are presented solely by the authors, and neither The Times of Israel nor its partners assume any responsibility for them. Please contact us in case of abuse. In case of abuse,
Report this post.

After one year of living in Israel, one of my best friends finally came to visit. She excitedly ticked off all of the typical American girl in Israel experiences: too many Aroma ice cafe’s, buying too many hamsas, getting too tan. I was excited to show her my new home and everything I’d learned about it. But then she experienced something we didn’t plan for, and my beloved home gained a new dimension.

I thought I’d give her a real Jerusalem experience and took us from the central bus station to the Coffee Bean on the light rail. As usual, the light rail was packed and we all had to stand too close to each other, having a little too human an experience with the smell of sweat and sound of fussy babies. Just another summer day in Israel.

We chatted excitedly about meeting up with our friends, despite the foggy exhaustion from a sweltering day in Tel Aviv. Close to the City Center, my friend screamed and ran to hide behind me. I saw the man that had been standing next to her turn away from us and he let out a snort of disgust. Everyone around us stared and a woman with a baby leaned her arm protectively between me and him. My friend had tears in her eyes and her face was flushed red. She begged us to get off saying that man had just molested her. To my own embarrassment, I couldn’t believe it at first. He looked normal.

I asked, “Are you sure?” “It wasn’t by accident?” How could someone do that so blatantly on public transportation? And why would he look so disgusted at us? Then, I felt ashamed for doubting her even for a second.

I grabbed her hand and led her off the train the second it stopped. For twenty minutes she had thought that this man had a bag that was pushing into her. After all, he looked respectable, was wearing a black hat and a beard, and she assumed he’d never get close to her. When she felt the object pressing into her more and more, she turned away from our conversation to look. His hand was pressing into her, from behind, and had moved its way into her crotch. He was moving his fingers and he didn’t stop even when he saw her look at him. Only when she screamed in shock did he turn around.

There are sick people and bad people all over the world- regardless of race, religion or geography- but when you live in a country where everyone feels like brothers and sisters, the dissonance is even more jarring and the feeling of betrayal amplified. Who can you blame? How do you explain it to your friends? Or more importantly, how do you honestly explain it to yourself?

What’s even more jarring is that many young women I know dismissed it. When my friend confided in our friends here a couple responded with a cool, “Oh, it’s happened to me too, but it’s Israel! Who’s going to listen?”

Just so you know, there are a lot of people here to listen. In the end, my friend reported it to the police and gave as many details as she could. I don’t know if it will make a difference but there are a couple of things we learned that I want to share:

First, Israel has extensive protections and laws surrounding sexual harassment, including a broad legal definition of sexual assault: Any non-consensual sexual contact may be considered assault. Just because the worst didn’t happen (thank God!), and just because your body is ok, doesn’t mean you feel ok, so seek help if you need it, and report it if you can!

Second, this can happen anywhere and from anyone and to anyone.  No matter how trustworthy the person looks, how familiar he/ she seems or any other stereotypes you can make, keep your guard up. You might doubt yourself, or others might doubt you, but unfortunately it happens and it’s really, really tough. When everyone feels like family, we let our guards down. Be aware!

Lastly, this isn’t ok. Women (and men) should never be nonchalant about this because “it happens here.” Everyone should be appalled and shocked and outraged. This is not ok. Don’t accept it and don’t become jaded about it. You know what they say, light unto the nations.. let’s make sure “no bus gropings” falls into that category too.

About the Author
A romantic for cities, Denisse fell in love with soulful Jerusalem and took Tel Aviv as her mistress soon after moving to Israel. Her loyalties lie somewhere between sea breezes and a city of gold, but she'll never forget her first love - a broken down lone soldier building on a kibbutz in the Jezreel Valley.
Comments