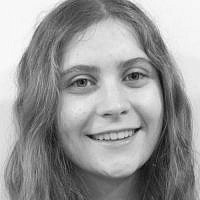 The Blogs
Ella Rennert
Apply for a Blog
Please note that the posts on The Blogs are contributed by third parties. The opinions, facts and any media content in them are presented solely by the authors, and neither The Times of Israel nor its partners assume any responsibility for them. Please contact us in case of abuse. In case of abuse,
Report this post.

Israel has many destination spots with a diversity of cultures and religions that you don’t want to miss. Your trip to Israel can be filled with learning experiences, excitement and fun. Make sure to visit these following top five Israeli destinations:

The Bahai Gardens in Haifa

This garden, in Haifa, includes bright flowers and a beautiful view of the land that is hard to take your eyes off of. The Baha’i faith originated in 19-century Persia, and the garden contains a shrine honoring the final resting place of the Baha’i prophet. The Baha’i World Centre is also located in Acre, Israel. The garden does not only add to Israel’s diversity, it is also a perfect spot to take in the gorgeous view of the land.

As the entertainment hotspot of Israel, Tel Aviv has a diverse and inclusive culture with vegetarian friendly restaurants and marketplaces to visit, as well as many beaches. If you are visiting during the colder months in December and January, make sure to try some sufganiyot which are special jelly doughnuts for the holiday of Hanukkah. In the summer, Tel Aviv has their annual pride parade that includes up to 200,000 people, making it the largest of its kind in the Middle East.

Jerusalem is known as a holy city for the three Abrahamic religions: Islam, Judaism and Christianity. The Old City is filled with history and great tourist attractions, and is divided into four different quarters: the Jewish quarter, the Muslim quarter, the Christian quarter and the Armenian quarter. Some can’t-miss spots in each quarter include the Western Wall, the Al Aqsa mosque, the Church of Holy Sepulchre, and the Cathedral of Saint James.

The Dead Sea borders Israel and Jordan, and is the lowest place on earth at more than 430 meters below sea level. Floating in the Dead Sea is possible due to its high quantity of salt and it is not only fun, but also healthy – including the mud! If you have skin diseases or joint problems, the Dead Sea is definitely the place to go.

Overlooking the Dead Sea is the historical site of Masada, built by King Herod in 30 BC. It was the last Jewish holdout to eventually fall to Rome at the end of the Jewish-Roman war, which eventually led to the exile of Israeli Jews. If you are feeling up to it, you can hike up the mountain under the hot sun, but don’t worry, there is a cable car for those not up for the challenge!