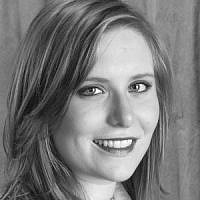 The Blogs
Frieda Kahn
Apply for a Blog
Advertisement
Please note that the posts on The Blogs are contributed by third parties. The opinions, facts and any media content in them are presented solely by the authors, and neither The Times of Israel nor its partners assume any responsibility for them. Please contact us in case of abuse. In case of abuse,
Report this post.

As I was trying to process the cacophony of thoughts and emotions that were swirling in my mind on Tuesday, I started to write what began as a personal piece and I found it most therapeutic to write it in the form of a letter- which I have now been asked to share.

On Tuesday I woke up to find out that two Muslim men, one of whom, I buy fruit from in the makolet down the block, came into my home with pick axes and in cold blood, brutally butchered my family.

I studied on the Neve Yerushalayim campus up the block from 2003-2004 during the intifada. I’ve been in Israel more times than I can count during which there were suicide bombings and horrific terrorist attacks. I came back on Thursday after being in Israel for over a month, having stood at the train station where 3 month old baby Chaya Zissel was murdered. I’ve been taken on dates to the Begin museum where the Arab chef at the restaurant tried to assassinate Rabbi Glick. I have cried and prayed, and recommitted myself to mizvot and positive deeds in the past, but I realized today that I had never before felt those tragedies as being in my home. They happened to my people, my cousins, my neighbors, my close friends, but never in my own home.

Chaya and I spent many hours over the past few weeks schmoozing at different cafés in Har Nof, squeezing in as much time as we could within the limits of our crazy schedules. Chaya has always shared with me how lucky she felt to have married her husband. That they were so well suited. How deeply she respected him and how much he cared for her. That it was only through his unwavering support that she could be the woman that she is. The mother to their children. That she can travel the world providing resources and support to the hundreds of female educators and community builders from Chile to Budapest to Chicago- all because of her true partner in life, Rav Kalman.

My heart hurts every time I think of what her reaction, and reaction of the other widows and 24 orphans must have been when they heard the news. There was no sickness, no time to process, no time to say goodbye, no peaceful death in a bed after a long full life, surrounded by loved ones.  I can’t wrap my head around the fact that on Wednesday I said goodbye to the loving Mrs. Briana Goldberg, and thinking of her daughter Libby who I became friendly with this summer when she stayed at my friend Sarah’s in Washington Heights. That their husbands and fathers will never come back from shul.

In the post Temple era, our synagogues have replaced the Temple as our communal home in Jewish life. A home is supposed to be a safe space. Unconditional love and acceptance are supposed to be the currency. Where you can close the door to the world and where you can just be – and that it’s enough.

In a synagogue, everyone is welcome- old, young, religious, not religious- it is a safe and sacred space for all. Day or night at the Kotel, you meet individuals representing all ethnicities, religions, sexual orientations, nationalities.  It is everyone’s home.

Today my home was violated.

I feel this feeling of broken. There is this deep crack in the fabric of our society. That I live in a time where I have to think twice about going to my shul, my school, taking the train to work, shopping at my local fruit market. That when I am sitting in the Coffee Bean on Ben Yehudah Street and a beautiful young Muslim woman walks in with shopping bags and sits next to me, that my heart starts to palpitate uncontrollably. My mind quickly running through all the reasons why she is probably not a terrorist- that the bags likely contain clothes and not a bomb- that if she really wanted to inflict damage she would sit in the middle of the coffee shop and not on the side where I was, and that I shouldn’t be so racist- that not every Muslim wants to kill Jews- and then I think, can I really risk the luxury of that perspective?

Days like today make me painfully aware how this crack grows deeper with every child and adult that is being educated and incited to hate. Because today, two men who worked down MY block, who I might have seen and exchanged pleasantries with, came into MY home and butchered MY family.

I am no prophet nor am I a wise scholar. I am just trying to grapple with this personal, communal, national and international tragedy. With words that seem flat, and pictures I am too scared to look at, the imagery of the husbands of my friends and colleagues, hacked – their bodies still wrapped in their tallit and tefilin covered in blood, all on a boring Tuesday morning at 7am.

As a former student and current representative of Neve Yerushalayim, of more than 30,000 women from around the globe who live, and study up the block, who are greeted every morning by Mrs. Goldberg, Mrs. Kapinsky, whose brothers studied under Rabbi Twersky, or were hosted by Chaya, who prayed in this shul, who bought fruit from that makolet, all I can say is ‘Libi Bamizrach Vani Bitoch Maarav. My heart is in the east while I am in the west.’

Rabbi Moshe Chaim Luzzato in his epic work, Derech Hashem, The Ways of Gd, describes Gd as being Shalem. Shalem means whole, complete. We greet one another with the word Shalom- a derivation of the word Shalem- wishing upon the other peace, completion, wholeness. The world is broken and it is the mission of humanity to fill in the gaps. Today I feel the intense sorrow of this truth.

May Gd bless us with the clarity and inspiration to know how we can make our personal worlds more whole, more peaceful, more complete, more G-dly.

May all of the families be comforted, may those who are injured be healed, and may we have only cause for celebration.

*After I wrote this piece, Master-Sergeant Zidan Saif, the Druze policeman who ran into the synagogue died from his wounds. I can’t imagine the kind of courage it took to run into that room, knowing the horror it contained. Thank you for your bravery and sacrifice. To your wife and five-month-old baby girl, my heart aches in mourning with you.

* Please pray for the recovery of

About the Author
Frieda Kahn works as the US Representative of Neve Yerushalayim: The Jerusalem College for Jewish Women's Studies. She lives in NYC.
Comments