In Part II, we traced the path of my first two days in Nepal, with visits to Kathmandu and Kakani for relief work. Then the trip took an unexpected turn…

Tuesday, May 12 at 12:55 p.m. At Beit Chabad, I was finishing up some emails prior to heading to Bhaktapur for the afternoon. As I prepared to leave, I began to feel some shaking in the building. I didn’t think much of it, assuming that it was either some aftershocks or that I was just tired. 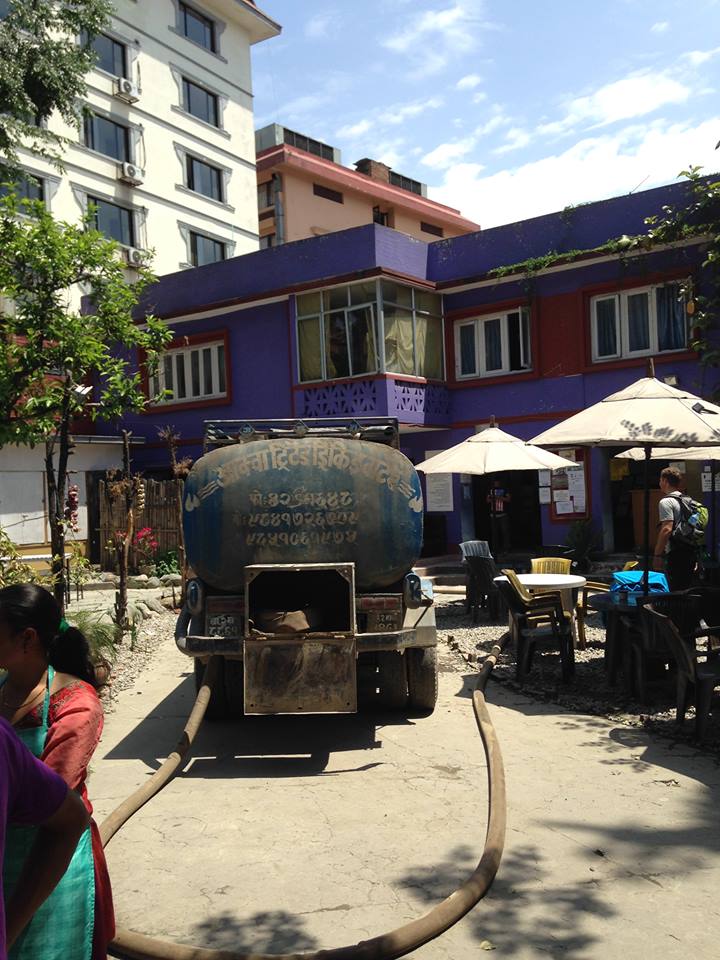 Where we stood at Beit Chabad during the earthquake

Suddenly, I heard screams from outside, so I jumped up and ran out. Not only was the building shaking, but the ground itself. While I love roller coasters and amusement parks, this was definitely an “E” ride for those that are old enough to understand the connotation (if not, do some Disneyland research). I even told Carol that it made the Mad Tea Cups seem mild. While I’m not certain how long the quake actually lasted, the ground seemed to shake for at least two minutes. Later I found out that quake measured 7.4 on the Richter scale.

Once the shaking appeared to stop, I was eager to see what damage had been done nearby. However, those who had experienced the first quake cautioned that we should wait at least an hour before venturing out, because buildings were still shaking and the ground itself was unsteady. Honestly, I was feeling a little seasick myself – or would “earth sick” be the more appropriate way of describing this sensation?

I finally ventured out into the streets around 2:00 p.m. and immediately noticed that they were empty. All the stores and shops that had been open when I walked through around noon were now tightly shut. Emergency vehicles attended to the injured, and renewed damage could tragically be seen. Among the casualties were a damaged Temple and school. What perhaps was most disturbing was the sight of individuals in damaged tents. Their temporary shelters would need to be rebuilt – devastation upon devastation. 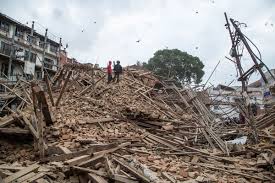 Damage seen after the earthquake

By late afternoon, I was able to travel to Bhaktapur. One of three royal cities in the Kathmandu Valley, Bhaktapur is known as the City of Devotees and is filled with temples, religious shrines, and pagodas. I wondered how much of this beautiful city’s history was now lost to the earthquakes.

I brought cases of water, bread, and cooked rice to give out to Bhaktapur residents. The city was hit rather hard in both quakes. While there, I met Purushottam Prajapati, whose house had sustained cracks in the April 25th quake. He had returned to his house with his family after living in tents after the initial quake. However, today’s quake had caused a complete collapse of the home.

I also met a lady with a careworn face – she was likely younger than she looked. She told me that she had lost her mother in the first earthquake and now was concerned about her brother and his family in another village, as she wasn’t able to reach them. 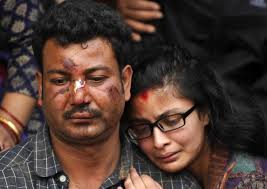 I can only imagine how many other individuals faced similar situations with their homes or families. The toll was growing larger.

Late that evening, I returned to my hotel to find my room in disarray. Lamps had been knocked down and my suitcase “unpacked.” When one of my kids – I won’t say which – asked me to describe it, I said, “It basically looks like one of your rooms.” No pun intended, but it looked like an earthquake had hit. 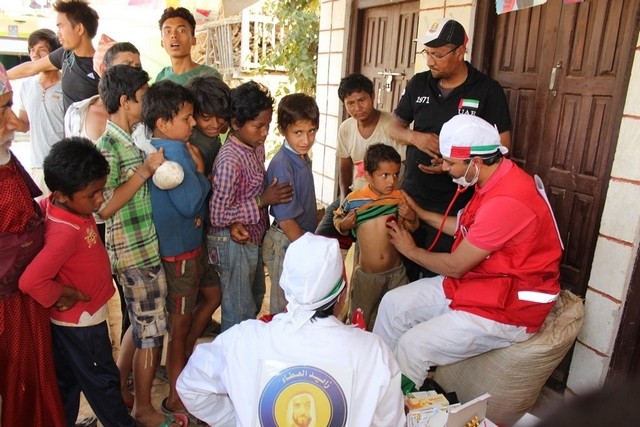 After doing some work, I got to bed after midnight. A couple of hours later, I was awakened by a 6.3 aftershock. I ran downstairs from my 6th floor room and met a few fellow guests in the stairwell. (The hotel was almost empty, so there were very few.) Staying there was a Red Crescent team from Dubai, doing volunteer work. We shared our experiences from the previous day. When they noticed the tee shirt I was wearing, which read “I Love Sderot,” they asked where I was from, and I told them. They expressed interest in going to Israel one day. 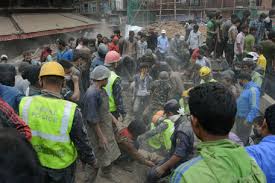 On the streets of Kathmandu

We headed back upstairs, but less than an hour later were back downstairs due to another aftershock. I rejoined my new friends from Dubai and met others from India. One fellow from India asked about the last summer’s War with Gaza. My first reaction was that I really didn’t want to get into politics. Then I remembered the sign I saw when departing Ben Gurion Airport: “When traveling abroad, you represent your country.” I felt that on this strange trip, I was representing not only my country, but all the Jewish People.

So I continued the conversation with the Indian gentleman. He asked if I had ever had to take protection during the War; I told him I did. He commented that I must not have been scared during today’s earthquake. Not sure what else I could say, I jokingly told him that at least when the rockets were shot into Israel from Gaza, we had 15 to 90-second warnings, while today’s earthquake gave no warning. That observation got chuckles from all.

As we headed back in for the night, Emir from Dubai came over to me and said, “I really admire the people of Israel and every day pray for peace for our peoples.” My heart was definitely lighter as I climbed the stairs and tried for sleep before another busy day.