As I met with various individuals and organizations  this week to discuss the logistics of the rebuilding plan, several important points were identified. First of all, the newly constructed homes should be safe and meet the needs of this third world population. Many village families live “off the grid,” and while not striving for deluxe accommodations, but ones that are comfortable, safe, and secure. 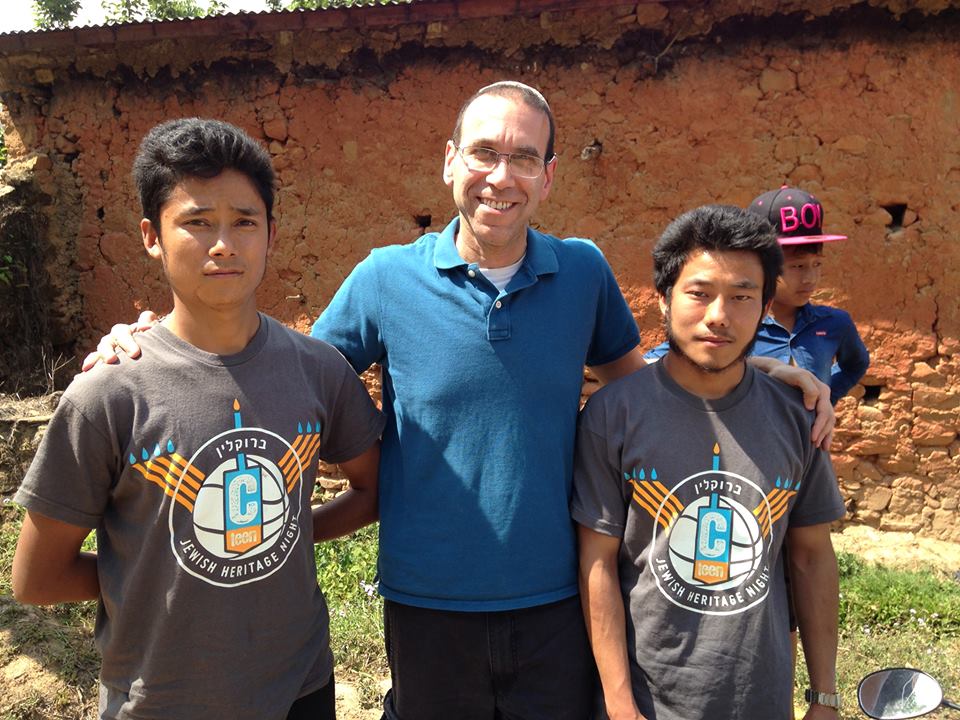 My new friends from Chilime – love the t-shirts

Secondly, rather than “gifting” homes to the residents, I feel it important that they contribute. Instead of being treated as helpless, they will have an active stake in building their futures in their damaged homeland. The goal is to build each home for around $7,000-10,000, with any additional expenses being borne by the residents themselves. Most of them will be getting some compensation back from the government, but it could be a long bureaucratic process. Up to 90% of the expenses may be covered eventually by the Nepalese government and volunteer organizations.

I opted to begin in Chilime. Among other problems, a major hydroelectric plant located here was damaged in the April 25 earthquake, along with a dam under construction. Many villagers are homeless. Lying in the Bagmati Zone of northern Nepal, Chilime is classified as a village development committee. Its purpose is to provide structure to village people at a local level and build community/public sector partnerships. Following the devastation of the recent earthquakes, a coordinated effort will be critical in restoring the quality of life for local residents. Having a safe roof over their heads will be an important start. 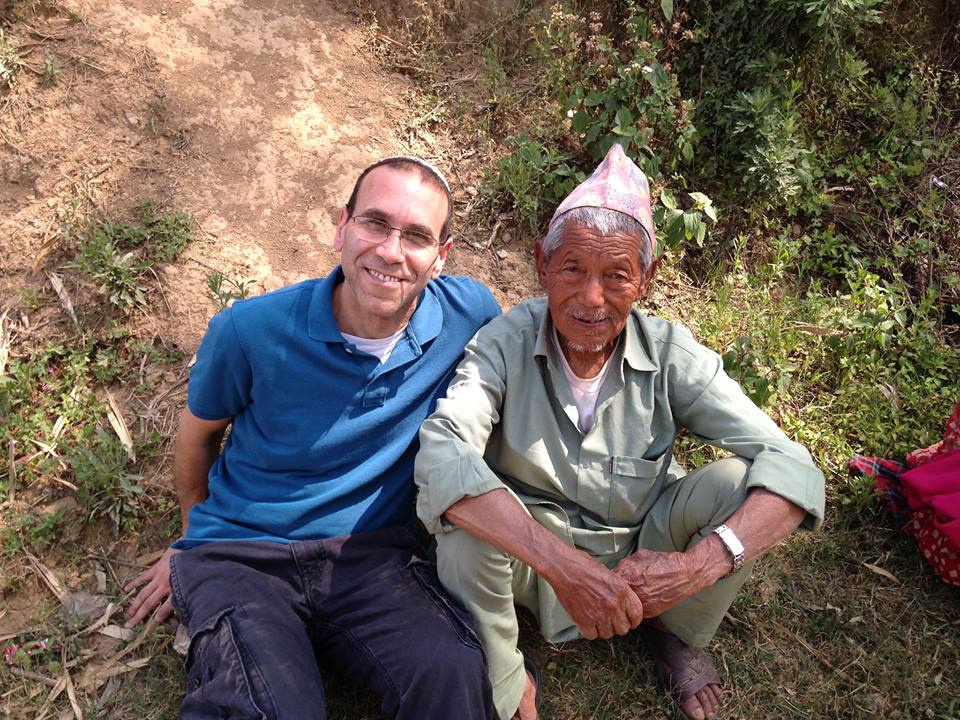 Offered him my kipah for his hat but was “no deal”

After a tour of the village, I returned to the outskirts of Kathmandu, where I had the opportunity to chat with displaced residents and try to bring some hope to them. While many residents of the capital city can speak some degree of English, a more fluent local accompanied me. With his assistance, I heard many fascinating stories of survival:

Bishal is a tour guide who was leading a trek on Mt. Everest during the first earthquake. He managed to survive the resulting avalanche and was found after five days. Unfortunately two of his trekkers did not survive. Bishal returned to his family in Kathmandu only to find his home destroyed and his family living in a tent. Bishal’s passion is guiding, but he is fearful that there won’t be trekkers here for a long time. He may need to find something else to do to help support his family.

Shirisha is 17 year old and speaks English fluently. She is graduating high school this year and has dreams of going to university in India. Shirisha hopes to become a doctor someday. In talking to this young lady, I could not help but think of my own 17-year-old daughter and the stark contrasts in their lives. Shirisha was fascinated to learn that I was from Israel and kept saying how wonderful the people of Israel are (which is always music to my ears). Shirisha’s parents have a shop in the Thamel section of Kathmandu and have met many Israelis. I had some extra Sderot tee shirts with me, so I gave her one. Her face brightened with happiness, making me wish I had brought more. 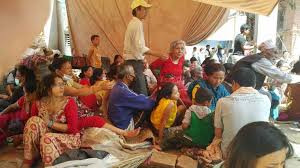 Birsha was crying as we approached her tent. Given the circumstances, asking her what was wrong didn’t seem appropriate. Instead, we offered her water and crackers and asked if we could sit. Birsha asked if we were reporters and seemed relieved when I said no. Then I told her that I was just a caring citizen of the world who came to do the little that I possibly could, and that I planned to take messages back from anyone I might meet and to encourage others to help. “Oh, like the Red Crescent (i.e., Red Cross)!” she exclaimed. I reiterated that I was here on my own. She asked where I was from and I said “Israel.” “Oh, the army,” she replied. No, I explained. The Israeli Army was here, but I came as they left on my own to be with the people of Nepal. Understanding dawned. Birsha smiled and gave me a hug. Those who know me well know that such physical expressions of affection are not something I love, but I was certainly willing to make an exception in Birsha’s case!

There were other stories told by Nepalese survivors that day, but these were the ones that stuck in my mind afterward. I returned to my hotel that evening feeling much more fulfilled than I had the previous day.

In Part V, I prepare to leave Nepal and speak with other survivors as they look toward an uncertain future.