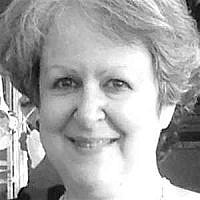 The Blogs
Yael Adar
Apply for a Blog
Please note that the posts on The Blogs are contributed by third parties. The opinions, facts and any media content in them are presented solely by the authors, and neither The Times of Israel nor its partners assume any responsibility for them. Please contact us in case of abuse. In case of abuse,
Report this post.

The newly established State of Israel was in the throes of the War of Independence, but in the Jezreel Valley, opposite Mt. Gilboa, where King Saul died at the hands of the Philistines members of kibbutz Ein Harod were concerned with much more than existential survival. In Ein Harod people were preoccupied with culture, namely art, and erected what would be the first building built specifically as a museum in the new state.

The museum’s roots can be traced to the 1930s, when kibbutz member Chaim Atar, began collecting art. Atar, who served as the community’s baker by day, was an artist who painted hundreds of portraits. Atar was the driving force behind the establishment of an art museum at Ein Harod, which was initially, housed in a simple wooden shack. Ein Harod newsletters from the 1930’s indicate a very real concern by members that a fire might engulf the simple hut and that the burgeoning collection would be lost forever.

While rations were in effect throughout the country, members of Ein Harod decided that collecting art of Jewish artists from the Diaspora as well as local artists was a priority and funds were allocated for building. The museum got a permanent home when the Mishkan Le’Omanut or ‘House of Art’) as it is known, celebrated its opening on Simchat Torah,1948, (predating museums in the major cities).

The museum was designed by architect Samuel Bickels, without any electricity — the whole building enjoys indirect sunlight as its source of lighting. In fact the building served as inspiration to Renzo Piano’s Menil Collection in Houston and Louis I. Kahn’s Yale Center for British Art, as well as buildings by other well known 20th century architects. In fact, the Mishkan Le’Omanut is considered to be one of the leading early examples of museum architecture based on natural lighting.

From its humble beginnings the Mishkan Le’Omanut at Ein Harod has grown to what a recent Ha’aretz article described as the “third or fourth most important museum, ” in Israel.

The museum has a collection of some 16,000 works of art and an art library of around 33,000 items. The collection includes Jewish artifacts dating from the 17th century onwards, paintings and sculptures by artists from the 19th century and contemporary Israeli art. The Museum’s dynamic exhibition program incorporates works from its collection in temporary shows.

The exhibition policy combines critical research of the past and the present while confronting the challenges of a complex and constantly changing environment, as is evidenced by its current exhibition (through mid August), “A New Horizon for New Horizons.”

The current exhibition features the works of two distinct artists: First, artists who were active during Israel’s first decade and a half, The New Horizons Group, 1948-1963, (Ofakim Hadashim),  regarded by many as the most important movement in the annals of Israeli art, a period in which key reference points for local sculpture and painting crystallized. Secondly, the works of ten contemporary artists , which constitute “A New Horizon,”  portion of the exhibition.

It is quite fitting that the current exhibition of the of the New Horizons Group is taking place in Ein Harod, where its works were last exhibited in 1963. The group’s works were re-exhibited by Yona Fischer at the Israel Museum three years after the group disbanded (1966).

The main part of the exhibit  presents key chapters in the evolution of the New Horizons Group, with an emphasis on affinities between the artistic style of its various members: 1948 – the group’s founding; 1951-1955 – the first distinct appearance of abstraction (in Zaritsky’s “Yehiam” series); 1956-1958 – the rift within the group and the departure of Marcel Janco, Aaron Kahana and Yohanan Simon; 1958-1960 – the triumph of abstraction; 1963 – the final exhibition at The Museum of Art, Ein Harod.

Other parts of the exhibit are devoted to late works by members of the group, representing both their evolution as individual artists and the mature stage of their art, and to works on paper — a medium that allowed for a more lyrical and intimate expression. A separate exhibition space features current Israeli artists who are searching in their work for local “fathers” and “mothers.” Their works — which include paintings, drawings, sculptures and installation art — are characterized by quotes and gestures of homage, by an interpretive and sometimes critical perspective on the New Horizons artists. By presenting the works side by side, the existence of this cross-generational dialogue in Israeli art can be explored.

You may want to combine your visit to the museum with a bite to eat, here are some nearby options: Eilush (Ramat Zvi), Kimmel Ba’Gilboa and Havat Ha’Tavlinim. For those of you who would like a mid-week or weekend getaway, you can stay at Ein Harod Country Suites and Guesthouse.

Yael Adar is the Owner of Travel and Events in Israel, which brings flexibility to family or Bar/Bat Mitzvah Tours in Israel, and creates memories to last a lifetime.

About the Author
Yael Adar is an innovator in the Israeli incoming tourism business. Travel and Events in Israel, which she founded in 2005 specializes in organizing unforgettable custom private family and Bar/Bat Mitzvah tours of Israel, that create memories to last a lifetime. Previously, she founded Gems in Israel, which focuses on Israel's lesser known places, the Gems. Prior to moving back to Israel she worked in Boston, as an independent marketing consultant who specialized in working with Minority and Women Owned Business (MWBE’s) and assisted these business to increase their sales to Fortune 500 companies.
Related Topics
Related Posts
Comments