The Blogs
Susan Heitler
Denver psychologist, popular book author, and psychologytoday blogger
Apply for a Blog
Advertisement
Please note that the posts on The Blogs are contributed by third parties. The opinions, facts and any media content in them are presented solely by the authors, and neither The Times of Israel nor its partners assume any responsibility for them. Please contact us in case of abuse. In case of abuse,
Report this post. 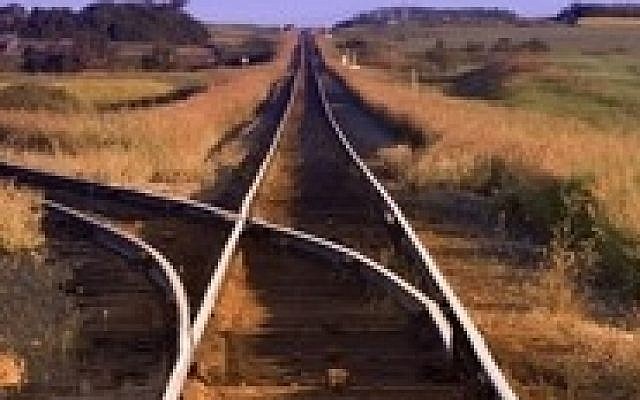 My 17-year-old grandson Boaz and his family made aliyah from America four years ago.  This summer Boaz returned to the US for a six-week visit, athletic training, and to work.

What would you have done if you had encountered the situation that Boaz describes below?

. . . I’d been two days in New York, traveling alone.  I felt ecstatic about my successes fundraising for Squashbond.  Now I hopped in a cab to Penn Station to catch a train to Boston. Totally underestimating how stoppered up New York traffic can be, I missed my train.

I have a history of bad luck with trains turning out well  (a whole other story), so I wasn’t phased. At the same time, a full two days of New York intensity had been enough.  I just had to escape the frenzy, so I bought the only ticket I could purchase for the next train, a ticket in the business class car. Looking forward to riding in fancy elegance, I hauled my heavy squash bag and hefty suitcase up on the train.

I sat down in what ended up being the not-so-elegant business class, near a Modern Orthodox Jewish father and his son. The father had a typical American-Jew look — glasses, clean shaven, with short grey hair. The son wore a Babe Ruth Yankees jersey, crocs and a Nicks kippah. I considered starting a conversation with the family, as I usually like to do, but decided it would be better not to disturb the rest of the cabin.

A few minutes after the train started to move, the father and son decided to change seats to face the “correct” direction (the way the train faces). I felt suddenly abandoned after my distant relatives left, and a faint feeling of vulnerability. My Israeli side however quickly pushed these feelings aside as I became keen on taking the two now-empty seats in front of me.

Feeling proud that I had inadvertently secured two seats for myself, I leaned back, put my feet on the foot-rest, and began to put my half-working earbuds in my ears. Little did I know how uncomfortable, scary, and meaningful this train ride would turn out to be.

As I started to put my earbuds in my right ear, I glanced at the two people sitting across from me — one intimidating man with a very large intense jaw and a black leather and metal bracelet on his left hand, and one very loud large lady with glasses too large for her face. In my head I started to play one of my favorite games: Together or not? Intrigued by these two people, I started listening to their conversation.

“Should I ask that Jew were he hides all of his diamonds?” the womanly jokingly said to the man, while leaning over on him. I thought that they must work in the diamond exchange.  Maybe she really likes jewelry? Or maybe I simply mis-heard them? Surely there’s no way in Penn Station, Manhattan, New York, America, that someone could blatantly say such an offensive statement.

“Yeah, probably should have, probably has a whole bunch of them hidden up there,” the man smirked back with a irky smile.

This wasn’t imagination; this was real life. I started to feel dizzy. My stomach cramped, like the first time I went to school. I couldn’t see straight. I started to look around the train. I felt overwhelmed. These might be the only people saying these things out loud, but does everyone on his train think the same way? I was sure I was going to get cussed at, beat up, and thrown off the train. I looked horrified at the two people who continued to blabber. My mouth, my most reliable weapon, wouldn’t respond. It went totally dry, dry like the Negev Desert.

I quickly analyzed the situation. I decided that it would be best to take deep breaths, watch the green forest zoom by, listen to Mizrahit (Israeli music), and focus on getting my senses back — but my mind wouldn’t stop racing. I thought about 1930 Germany, pogroms in Russia, and the Inquisition. I decided that I had to stand up for myself.

But geez, saying something to them now, while I still had three hours left to survive sitting next to them, didn’t seem like the best idea.

If all of my training as a competitive squash player has taught me something, it’s how to stay composed under pressure, think clearly and make a plan of action. Unlike a squash match, I could use my phone. I figured that Google has an answer to everything, so I looked up, “how to respond to anti-Semitic comment.” I couldn’t find any answer.  I was proud that at least I had managed to stump Google.

The woman and man, who ended up to be two co-workers who liked to flirt with each other, kept babbling on. It was hard to block out their voices; even blasting my favorite songs didn’t help. My stomach felt like it was stabbing me. I noticed that I had pushed myself up against the window, in the way that our traumatized dog walks next to alley walls.

To keep myself focused on figuring out a thoughtful way of explaining that what they had said was completely out of line, and without yelling at them, I decided I would message my two personal consultants — my mother and best friend, Adin. I explained what had happened. While they didn’t tell me what to respond, they emphasized how important it is for me to stand up for myself, my people, my nations, and for a generally better population.

After a very long few hours, I noticed that the train was slowing down. The man and woman started to pack up. I suddenly felt a shot of adrenaline, like before a big  match, like before last Yom HaAtzmaut when my brother and I performed with our rock band in front of 10,000 people.

“This is your moment, Boaz. For yourself, and for them, try to teach them to be more sensitive,” I tried to encourage myself.

“Excuse me.  May I ask you a question?” I belched out without even being ready. Like jumping off a cliff into a lake, you just do it and hope you land in the water.

“What…” the lady answered, with a dry, uninterested tone.

“Why did you think it was funny to say that comment about the Jewish father and son?” The man’s jaw bulged even more, but his eyes looked puny. Her eyes looked pathetic. Both of their faces turned to stone, showing no emotions.

“That comment was extremely insensitive, very offensive, and completely anti-Semitic,” I continued.

Like robots, they had no response. Like children caught stealing chocolate, or the deer in the mountains in Colorado who had suddenly faced our car’s headlights.

“Because of people thinking that anti-Semitic comments like that are acceptable, a very dangerous ideology can form. That was how, ultimately, six million Jews — my family and my people — got murdered in Europe.”

The woman wasn’t willing to hear my feedback about what she had said. She stood up, faked a smile, and hurried off the train.

“I’m sorry if I offended you,” the man, said half-heartedly, by now looking horrified that a 17-year-old kid was lecturing him on anti-Semitism, his eyes darting around the train like he was hoping that no one had heard. His fists clenched, he seemed to be panicking.

I felt bad about giving him such a serious talking to, so I tried to end with a positive lesson. “Not only is it offensive to me, it’s also offensive to humankind. I’m requesting that you please think twice before you say something like that, and explain to others who act inappropriately around you why it is so wrong.”

The man seemed to understand the message.  He grabbed his suitcases quickly, and hurried off the train.

A few moments later, a woman sitting on the other side of the isle sweetly spoke up. “I heard your conversation. You should be very proud of yourself. You’re a very brave man. Keep on standing up for yourself and for your values. You’ll go far in life.”

Now, after digesting it all, I think the two people across from me might have been angels. They came, they taught me that I have the power to stand up for myself, my people, and my values, and then they left.

I learned too from this incident what strength words have. They can form lasting friendships, even with people that aren’t supposed to be my friends. They can also tear people apart and make them feel vulnerable.

My grandfather is a Talmud scholar. When I was younger, I asked him if there were still prophets and prophecies, like in the days of the Bible. He explained to me that the only prophecies in our days are the names that our parents give us. I never quite understood this complex idea, until now.

My name, Boaz (בועז) consists of two words — “Bo” (בוא), which means come,  and “Az” (עוז) , which means strength. Put them together, and you get the meaning of my name: strength comes. From this encounter, I felt the prophecy of my name come to life. At the beginning I had felt powerless, like a victim. I couldn’t speak up. Then my inner strength came.  I stood up for myself and for my people.

Thank you Boaz for sharing your experience. You give me hope for the future of the Jewish people.