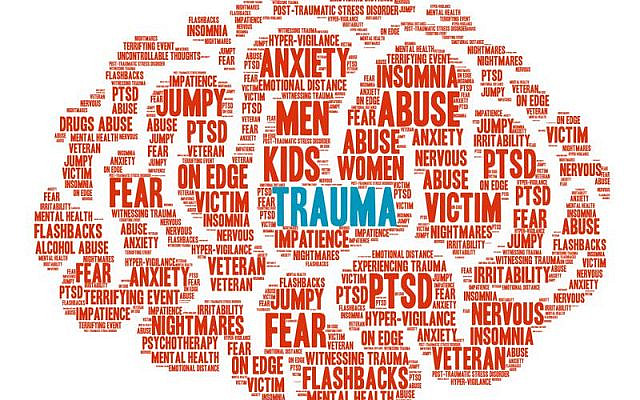 Our brains - filled with experience, wins and losses. For good and for bad. Yet life is fragile - but I wouldn't trade my life for anything. Life is sacred. (Image credd: 123RF Stock photos)

Trauma. An umbrellisque word for many of us.

Trauma is this unexplainable kind of thing that makes people react irrational, sometimes close themselves from the rest of the world. Trauma differs from country to country, culture to culture, by language, origins and religious affiliation.

The suffering of trauma is hard, if not impossible to erase. Yet we continue to live and we keep bearing the trauma with us. Sometimes we forget, but as soon as someone scratches our surface it seems to pop up and it’s hard letting it go.

Some trauma specialists or people educated in the topic tells you what to do and most of the time you listen to them. Sometimes not. How can they know if they haven’t experienced it themselves? And even if they have – a personal trauma is personal, there is no way for others to understand. I found the best help one can get is by talking to others who experienced the exact same thing at the same moment. But even then it might differ – a lot. That difference of how we experience the same trauma is also often the cause for misunderstanding and rather than sticking together, we drift apart and saw split.

This has become sort of evident to me when I see a country who have not been to formal war since 1812. This country is Sweden. Yes – they were present in Congo, Liberia, Afghanistan, the former Yugoslavia, Afghanistan and Mali to name a few. But not at war with the enemy at its doorstep. Not fighting it out with neighboring countries and certainly not being partly surrounded by maniacs from Hamas, Hezbollah or a brutal dictator who gases his own people to death.

But suddenly – the enemy is at the doorstep in Sweden. Finally – I think. Finally some might experience it themselves. There are tens of thousands of different kinds of trauma. It can range from loss of your social status to sexual abuse, robbery or a traffic accident. But Sweden has not faced a pandemic that actually can hit anyone, at any given moment without notice. While I do not wish anyone to experience or bear trauma in any way – I do believe that Sweden has been spared from a lot of it when we are talking in terms of threats of existence of parts of the entire population.

I do wish and hope we can learn something from it. When doing the birds-perspective look, one can see complete countries or parts of continents being subjected to trauma caused by a real life-threat. I can’t rank what country experienced most of it – but I tend to find that the more a population are subjected to trauma, their ingenuity and will to live superseeds small world problems.

One can look at the countries struck by Ebola – or course a trauma in itself which might never heal. But in the same time those countries already suffered genocides, civil war, rebellions and flamboyant dictators. All these events sets a higher bar for what themselves describe as a trauma.

One can look at Israel where everyone has a trauma, from missiles, terror and a constant readiness of the next war – which by all means will come sooner or later. One can look at the Palestinians who also suffer universal trauma – be it in Gaza or in the Syrian civil war. One can look at South Africa and see the suffering of most people there during the apartheid. One can take a few more steps back in history and learn about the Holodomor in Ukraine and thus understanding the Ukrainian people better in their battle against Russia. And Russia itself – with its own history of gulags, NKVD, WWII, KGB and now a despotic ruler for sure remembers both their past and their present.

I could go on forever. But I have come to terms with that most people suffers trauma at some level, at some point in their life. I recently had several meetings with a person specialized in mental readiness and doing the right thing to cope with it. That person told me that I have to move on from what was the past, nothing can be undone and I need to identify people working with me. Not against me.

I think I finally understand, I am an extreme extrovert in many senses – but I am also a person that needs to keep moving forward and progress. I had my unfair share of questioning and in some cases pure disbelief this year. The only way is to leave them behind you. Both their power-consumption and their willingness of creating or remembering unnessecary trauma.

Oh yes by the way – the Corona is nothing I wish anyone. But sometimes I wish people to move outsude their comfortzone or bubble – just to see what the world offers you. If that makes sense?

I am continuing my life in the meantime. But I can’t camp it out. There is a post-Corona as well. Then we will see who still shines – many hopefully.