Last Wednesday an ad ran in the Los Angeles Times, the de facto neighborhood paper for the movie capital of the world, pressuring Academy Award nominees including film stars Matt Damon, Cate Blanchett, Jennifer Lawrence and Christian Bale to refuse the gift of a trip to Israel included in this year’s Oscar “SWAG bag”. 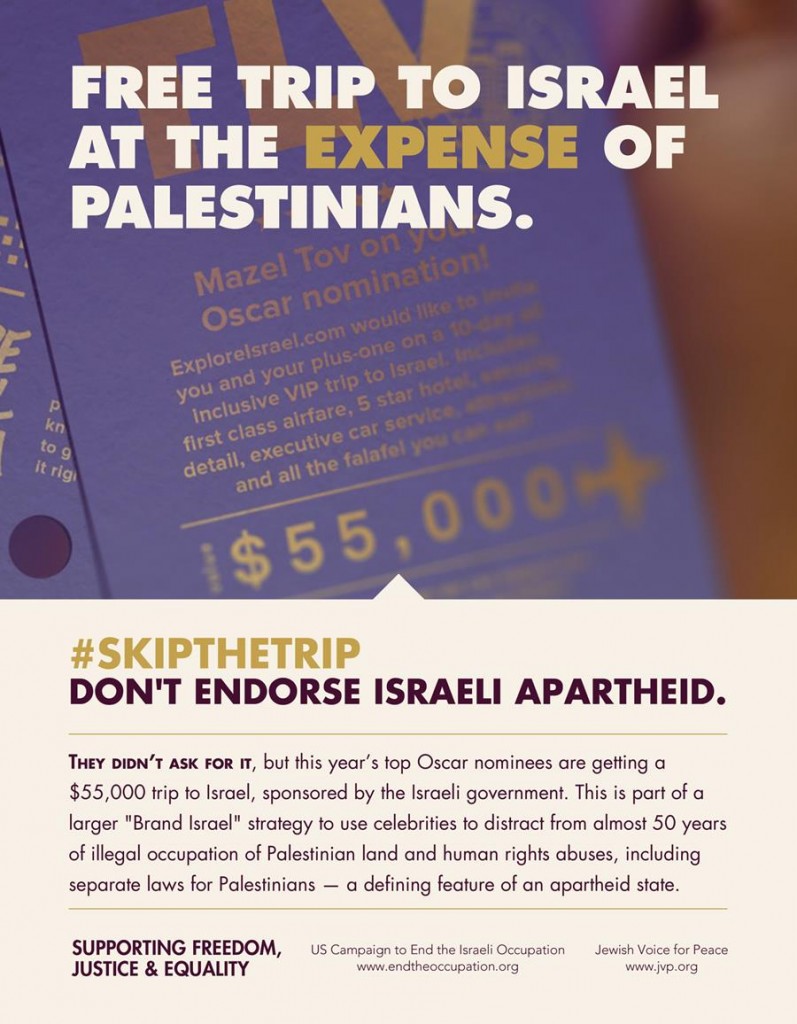 Its co-sponsors, US Campaign to End the Israeli Occupation (End the Occupation) and Jewish Voice for Peace (JVP), are known anti-Israel propagandists and proponents of a boycott of Israel, cultural and otherwise.

The ad, placed a mere five days before the awards ceremony, strikes a menacing tone. “They didn’t ask for it,” it says, as if an all-expense paid vacation is equivalent to rape. Then, “Don’t Endorse Israeli Apartheid,” and “#skipthetrip.”

The gift, partially sponsored by the Israeli government, offers the recipients a no-strings attached opportunity to learn about the region for themselves. They are free to explore the history and the land (including the West Bank), meet any of its residents, question its leaders and form their own opinions.

The ad’s message to the artists, however, was clear  –  don’t learn about the region for yourself. We don’t want you to make up your own mind; we’ll make it up for you. And  if you defy us, we will be certain to cast personal aspersions. As evidence of what’s in store, Mr. Yousef Munayyer, executive director of End the Occupation, recently derided any artist who visits Israel as an “apartheid lackey.”

Members of the entertainment industry were quick to weigh in.  Haim Saban, a Hollywood powerhouse producer, told the Jewish Journal, “The BDS has made it clear that their purpose is to delegitimize Israel using whatever tactic they can. In this case, using the Oscars for a hate-filled message.”

English musician, Brian Eno wrote in a salon.com blog, that the gift was part of an Israeli government plot “aimed at using artists, among others, to obscure its human rights violations.” 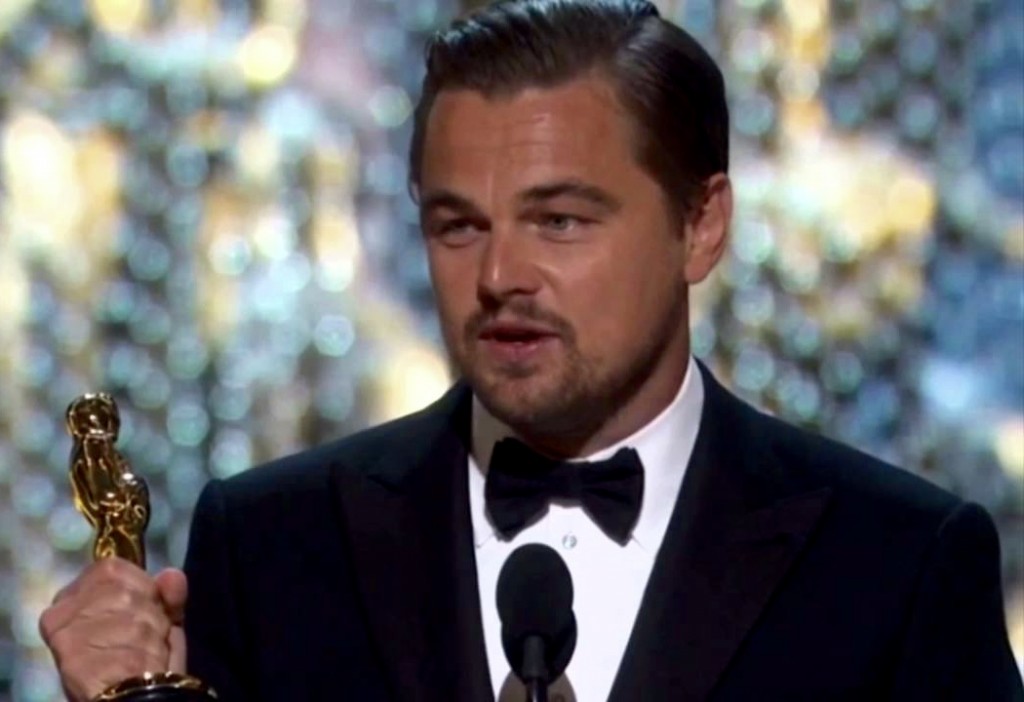 Leonardo DiCaprio does not endorse the BDS propaganda

I am certain that BDS proponents will crow  in many years to come that Mark Rylance, best supporting actor of 2016, endorses the cultural boycott of Israel and will pay little heed to the fact that best actor, Leonardo DiCaprio, does not. Nor does Sylvester Stallone, Seth Rogen, Kelsey Grammer or Arnold Schwarzenegger.

In fact, only a tiny percentage of artists support the cultural boycott of Israel.

Most importantly, while it’s obvious that while no one can predict what the artists might say while there or upon their return (witness the relentless criticism of Israel from former Pink Floyd bassist and vocalist, Roger Waters), the sponsors of the trip are optimistic about the outcome while the sponsors of the ad are profoundly worried.

After all, the ad’s sponsors don’t want an artist to be heard unless what he or she has to say conforms to the BDS political agenda. For proponents of the boycott, delegitimizing Israel and politicizing art is the central premise; the plight of the Palestinians is a subplot.

The targeting of these individuals is as disturbing as the misinformation propagated about Israel. Should an artist make a political comment in the public forum, his or her opinion, like everyone else’s, can rightfully be scrutinized and subject to challenge. JVP and End the Occupation, however, seek to place them in the spotlight of Middle East tensions simply for having an open mind.

Perhaps if the Oscar nominees avail themselves of this opportunity, or visit Israel in the future on their own, they will join the likes of Leonard Cohen, individuals who support organizations that bring Palestinian and Israeli artists together in the furtherance of coexistence and peace.

Now that would be a story with a happy ending.