Sometimes synchronicity sets us thinking. Consider the lessons to be learned from two discourses that came my way a few days ago.

An old classmate of mine, Dov Halbertal, publishes an op-ed column in haredi and other media. Following the rejection of Rabbi Pinto’s appeal by the supreme court, Halbertal published an op-ed in which he related to the phenomenon of “babot”, as he calls it, courts of charismatic religious leaders. (Babot is the sefardi version of such courts). These mingle mysticism, power and money and their outcome is negative, as we see in the case of Rabbi Pinto. Halbertal was not content to see Rabbi Pinto at fault. With Pinto the entire religious phenomenon should be wiped out. Halbertal goes so far as to refer to the phenomenon in terms of Avoda Zara within, idolatry. Application of this principle is a common practice and seeks to get at pure religion, true religion, and to purify it from excesses, errors and distortions that creep in. 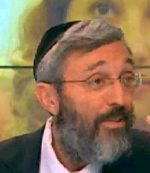 According to Halbertal, the entire phenomenon is new, and hence illegitimate, not part of true Judaism. It is a sign of the dangers of mysticism that enslaves one, leading to total and irrational devotion to the figurehead of the charismatic leader who thinks on behalf of his faithful.

As a historian of religion, I was struck by three points in Halbertal’s discourse. First, the ease with which he applies the charge of Avoda Zara within Judaism. This is no novelty and it occurs frequently. In my recently published Same God, Other god: Judaism, Hinduism and the Problem of Idolatry (Macmillan Palgrave, 2015), I illustrate how this principle operates within. Based on that, I call for a more nuanced application of Avoda Zara that applies equal criteria to all world religions, rather than using the term as part of a discourse of contempt towards other religions. Halbertal’s recent piece provides the most recent indication of such usage.

And finally, based on these principles of Avoda Zara and novelty, Halbertal is able to speak of true religion. By putting Pinto behind bars, he reasons, the Supreme Court makes a contribution to restoring “authentic Judaism to its proper place”.

The problem with the “true religion”/”authentic Judaism” argument is that it is highly selective. My form of religion is true, the other’s is false. A more extensive review of Jewish history will lead us to the realization that “there is nothing new under the sun” and that history can be used to validate also the phenomena that irk Halbertal. Halbertal’s “authentic” Judaism is just as historically conditioned and particular as is Pinto’s.

At the end of the day, some unspecified principles, criteria or insight suggest to us what is legitimate or illegitimate, higher or lower, or, if you will, closer to the truth or even true religion. The process is an ongoing struggle within the religion, every religion, but one that is far more nuanced and often harder to define than the facile judgement pronounced by Halbertal. Perhaps what is worthiest about his comments is not the accusations against Pinto as much as the indication of an ongoing struggle to attain “true religion”, a struggle that, as history teaches us, is ongoing and never-ending.

ISIS is exposed, Islam is vindicated

A few days ago an important resource in the struggle for “true religion” was brought to my attention, this time with reference to Islam. I was contacted by a colleague working in media, who has been struggling to help moderate Islam gain its voice and credibility. As he said, the world is tired of hearing that “Islam is a religion of peace”, the standard line of Muslim spokespersons. The line is overused and has lost credibility, so he says.

In the process of our exchange, he shared with me an important resource coming out of the court of Prince Ghazi of Jordan. The resource has been out for a year, and it is remarkable that so few have heard of it. Prince Ghazi is a forward-thinking, open-minded and dialogical Muslim voice and in his efforts to protect “true” Islam, he convened scholars to issue an open letter to ISIS’s leader, in which they, and consequently hundreds of signatories, spell out what is wrong with ISIS’s teaching and why it does not conform to Islam. It is a remarkable document, erudite, focused, authoritative, sounding a clear message of what is truly Islamic and condemning both the methodology and the substance of the Isis aberration. It is a must-read for anyone who wishes to maintain a sane perspective on Islam in the face of the horrors carried out in its name, and the consequent image of Islam in global media. (My friend who runs a company called mediatenor, that monitors media trends, reports that 90% of media coverage of Islam globally is negative. That is a staggering statistic, which in turn exacerbates the problems we face in relation to Islam). 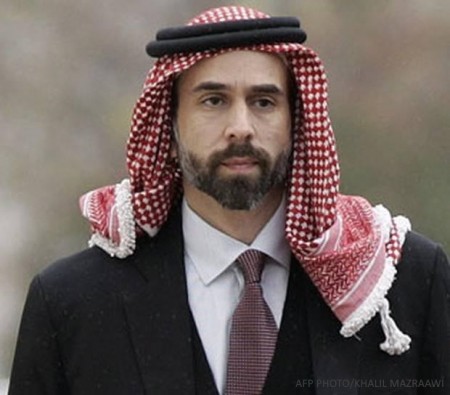 The Open Letter to Bagdhadi speaks with an authoritative tone: it speaks of Islam as a well-defined entity, thereby positioning Isis outside the realm of legitimate and true Islam. Needless to say, a relativistic perspective, as well as some historical evidence, may be brought to refute such presentation. In a post-modern world, Bagdhadi and Pinto (and the recently discovered Jewish youth-rebels) are all expressions of the religious life and as such are equally legitimate. They cite their own authorities and affirm whatever religion is on the ground by virtue of the fact that it is. And yet, within religions there is also the continuing quest for purification, for affirmation of what is true and untrue, ultimately a battle for the soul of the particular religion and the soul of religion as such.

The synchronicity is not meant to equate Pinto with Bagdhadi. Nor is it intended to legitimate Halbertal’s views. For me, it is a lesson in how we must expand our horizons beyond the present-day woes of Judaism and recognize that ultimately all those who profess religion struggle for the same goal and meet the same challenges. The struggle for true religion goes beyond Jewish concerns, just as Avoda Zara can be applied within. No religion is immune from imperfections. Every religion must struggle to affirm its higher ideals and to combat the corruptions that human nature introduces into the religious life. Some of these corruptions may seem minor in comparison with others. Never mind; the principle is the same — none of us really owns true religion. It is something we must constantly strive for. And recognizing that we, members of all religions, are in it together might actually broaden our vision and bring us one step closer to “True Religion”.

Just in case some readers have not been convinced that religion can be corrupted and that all religions must engage in the process of purification in search of “True Religion”, the following image I photographed in a London store window, should provide incontestable proof. 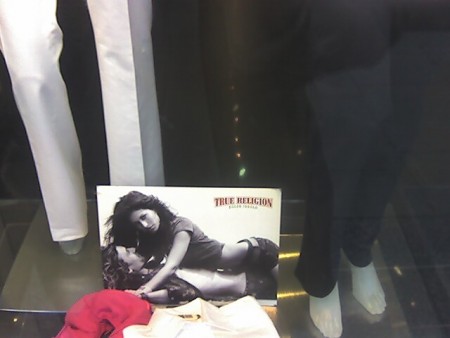 A picture I took on a recent trip to London