Our son returned from a high school trip to Poland just before the Passover holiday. For a bunch of 11th grade boys, they were extremely serious about the experience when we parents met them on an early Jerusalem morning at the kotel upon their return. Straight from the airport and bleary eyed, these young men had had a week of touring that was challenging, to say the least. They revisited an imagined pre-war Poland and walked through the death camps that wiped out the vast majority of European Jewry. Our son had a special meeting with his Polish cousins (!) who, although not technically Jewish, are themselves remnants of the ravages of the Holocaust – and we are proud to say they are our family, surviving to tell the story of those who were lost. 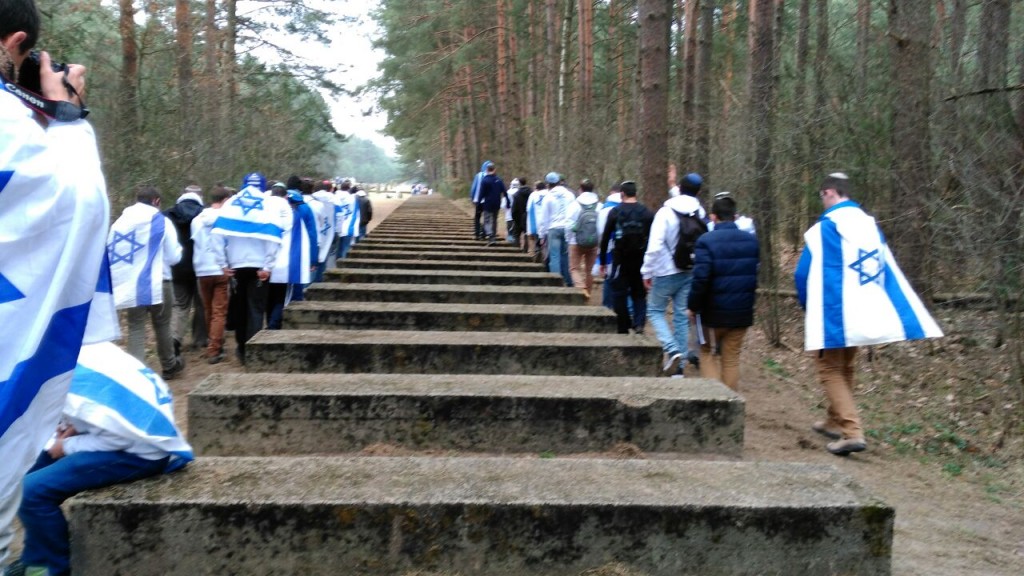 As they gathered in front of the Western Wall in Jerusalem’s Old City, the boys linked arms and hummed age-old tunes that had travelled with them through the ravages of Poland, while we parents could only imagine the horrors that their young minds grasped over the course of one long week. Their tearful, joyful Hatikvah, song of Israel’s national freedom, swept us all into the pride and glory that is our newfound country. It reminded us all of what we have received not so very long ago, and what it has saved us from since.

Jumping into Passover meant not just cleaning out the ‘chametz’, the literal and figurative crumbs of our lives, but a celebration of freedom. Every Jew is commanded to relive the story of Egypt – from the bitter tears of slavery to the heights of liberty, freed to wander the desert and eventually become a nation. Safe in our own land.

It was not so very long ago, or at least that’s what we tell our children, and we hope to feel that literally, again and again each year. The mundane is raised to new heights and our retelling of being rescured by God from Egyptian bondage is applied to our own lives, today.

I know now that for some young men, this year’s story must have new meaning. They have added a dimension to their experiences, altering their place in a line of history that carries with it both weight and celebration. Ours is a bittersweet past but includes the wonder of life today, in a free Israel where we appreciate our heritage and work to figure out how to build on it even more.

We moved here to be part of the miracle that is in our time, celebrating freedom and liberty. I pray that our children will continue to improve on our efforts.

Next year in a rebuilt Jerusalem, Amen.