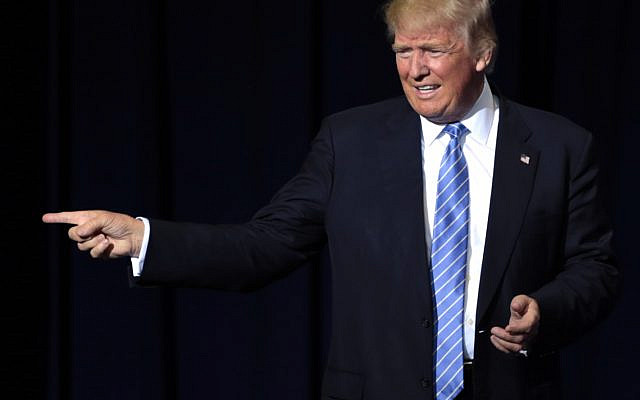 In his speech accepting the Republican nomination for President, Trump made no mention of the racism problems that are gripping America, and he made no mention of the many protests that have occurred to denounce anti-Black police brutality. Instead, he claimed that, “Joe Biden and his supporters remained completely silent about the rioters and criminals spreading mayhem in Democrat-Run Cities”, and that, “the Democrat Party wants to stand with anarchists, agitators, rioters, looters, and flag-burners,”.

In fact, both Joe Biden, the Democratic nominee for President, and Kamala Harris, the Democratic nominee for Vice-President, have denounced violence while supporting legitimate protests. Biden said, “Needless violence won’t heal us. We need to end the violence — and peacefully come together to demand justice”. Harris said, “We must always defend peaceful protest and peaceful protesters. We should not confuse them with those looting and committing acts of violence, including the shooter who was arrested for murder. We will not let these vigilantes and extremists derail the path to justice”. (The shooter that Harris refers to is someone who fatally shot two anti-racism protesters; Kyle Rittenhouse, who has been charged with this double murder, is a Trump supporter.)

Trump’s many lies may be catching up with him because polls show him losing to Joe Biden, but both Trump and Biden know that no one has won or lost until the election is over.

Leading anti-racism activists are advising their followers to vote as a way of achieving progress. “We’re at a point we can get that change, but we have to stand together — we have to vote”, said Tamika Palmer, the mother of Breonna Taylor. “If you’re looking for a savior, get up and find a mirror. We must be (our own) hero, by voting and working for social change”, said Martin Luther King III, the son of Martin Luther King Jr.

There are indications that this will result in a surge of votes for Democratic candidates. Trump’s strategy for winning the election despite that surge seems to be to create a counter-surge with people who are angered by violent protests.

To achieve that goal, Trump needs Americans to believe a quadruple lie:

And while all four of the above assertions are lies, the fourth is the biggest lie for two reasons.

The first reason is that Trump is currently in power. The riots are occurring under his watch. If he could stop them, he presumably would have done so already.

The second reason is that his approach to quell the protests, the vast majority of which are peaceful, is to use tough law and order language, such as his threat in May that “when the looting starts the shooting starts”. This approach will not work because the protests were born of deep and legitimate grievances, and until anti-racism activists are satisfied that progress is being made towards addressing their grievances, it is not likely that the protests will stop.

It is in the protesters’ own interest to remain peaceful and not give Trump that win. That win would be a loss for everyone except for Trump and American racists.