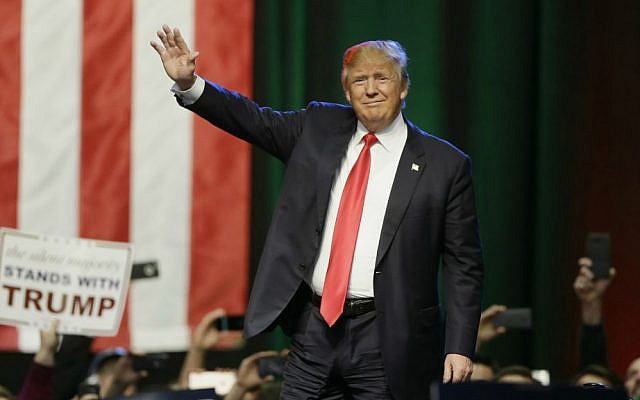 Two of my favorite television shows are about what I think it’s fair to call the “New America.” In Master of None, on Netflix, Indian-American comedian Aziz Ansari plays a struggling actor in a very real and diverse New York. His best friend is the son of Chinese immigrants. His girlfriend is white. And the plots have revolved, pointedly but never heavy-handedly, around the portrayal of minorities in mainstream media, and the struggles of immigrants chasing the American dream.

In Transparent, on Amazon, an alarmingly and hilariously dysfunctional Los Angeles family comes to terms with their father’s late-life realization that he (she) is transgender. Jeffrey Tambor plays Maura Pfefferman, the aging Jewish college professor who ditches a lonely suburban life for one in which gender and sexuality are fluid. Both of his daughters enter into same-sex relationships, and the question of whether they are gay, bi-, or adventurous seems to be left intentionally ambiguous. A son, Josh, is straight, promiscuous, and desperate for love.

Both shows represent a multicultural, urban America in which differences of all kinds are not just tolerated but celebrated. The immigrant characters in Master don’t need to prove themselves to the American “mainstream,” whatever that is, and don’t apologize for expecting America to live up to its promises. The LGBTQ characters in Transparent don’t suffer for their natures or their choices — at least when it comes to gender and sex (the Jewish characters mostly suffer from one another, but that’s an old story).

This is an America completely at odds with the one that has made Donald Trump the front-runner for the Republican presidential nomination. Consider these stats, from political journalist Thomas B. Edsall:

Poll data from the Pew Research Center shows how much Trump depends on the politically restive white working class. His backing from voters with a high school degree or less is twice as high as it is from those with college degrees; the percentage of men lining up behind him is eight points higher than the percentage of women; voters from households making $40,000 or less are 12 points more likely to cast a Trump ballot than those from households making more than $75,000.

In other words, Trump’s base tends to be white, male, undereducated, and struggling financially. But that doesn’t necessarily explain Trump’s appeal. After all, if economic self-interest were their only motivation, such voters might well support Bernie Sanders, who blames big business and crony capitalism for the inequality that has suppressed wages and decimated the working class.

But put it all together, and you get a chunk of the electorate for whom the New America is hardly America at all. If you were to create a composite from the Pew stats, you’d have a white guy who has almost nothing in common with the kinds of characters in Master or Transparent — that is, brown, Jewish, nontraditional, college-educated, pluralistic. These shows don’t represent to him what’s new about America, but what’s wrong with America. And worse, the seeming success of these characters, he feels, comes at the expense of “real” Americans like him.

Trump’s real ideology is murky, but his targets are clear: Immigrants bring problems and take away jobs. Muslims represent the worst kind of threat: an internal one. America is corrupt and fallen, and by opening its doors to foreigners, tolerating difference, and insisting upon “political correctness,” it has suppressed the very people — that is, middle-class white families — who once made the country great.

(Perhaps to his credit, Trump hasn’t put opposition to gay rights at the center of his “traditional” agenda, unlike Cruz or Rubio, although he has been a consistent opponent of marriage equality.)

I don’t know how much Trump actually believes this stuff. As a developer from New York, he has lived among, socialized with, and made billions from and with the kinds of people portrayed in both of the shows above. But that doesn’t matter to his followers. Like McCarthy before him, he appeals to their suspicion that America is rotting from within, too weak or too tolerant or too deluded to remember that it was at its strongest before women, minorities, immigrants, and gays demanded a piece of a now-shrinking pie.

And now various polls are suggesting, as Lynn Vavreck, a professor of political science at U.C.L.A., puts it, that Trump has built “a significant part of his coalition of voters on people who are responsive to religious, social and racial intolerance”:

Nearly 20 percent of Mr. Trump’s voters disagreed with Abraham Lincoln’s Emancipation Proclamation, which freed slaves in the Southern states during the Civil War. Only 5 percent of Mr. Rubio’s voters share this view.

Mr. Trump’s popularity with white, working-class voters who are more likely than other Republicans to believe that whites are a supreme race and who long for the Confederacy may make him unpopular among leaders in his party. But it’s worth noting that he isn’t persuading voters to hold these beliefs. The beliefs were there — and have been for some time.

And that, ultimately, is why I see Trump as a threat, not just in what his candidacy means for America as a whole, but what it means for us as Jews. His message — of distrusting the foreign, of rejecting the new, of abhorring pluralism — is directly opposed to our history in this country and our best interests as a minority. And it is empowering people who reject the very notion of racial and ethnic diversity.

It’s not immaterial that Transparent is immersed in a deeply Jewish environment. The Pfeffermans stock up for the Yom Kippur break-fast at Canter’s Deli, Josh falls in love and impregnates his mother’s rabbi, a daughter is haunted by a grandmother’s youth in Weimar Berlin. The sexual and gender journeys taken by its characters are on a continuum with the social and religious upheavals experienced by their forebears. Jews flourished in this country because we had the freedom to shed the burdens of the past and embrace a future of opportunity.

It’s the kind of freedom and opportunity that makes Trump’s base extremely angry — just as their anger makes me extremely afraid.

About the Author
Andrew Silow-Carroll is editor in chief of the Jewish Telegraphic Agency. He was previously editor in chief and CEO of the New Jersey Jewish News and managing editor of the Forward newspaper.
Related Topics
Related Posts
Comments