Arriving in a new yeshiva in Queens as a young student, I remember asking an older student: how is Tu Bishvat observed here, if at all? “We believe that Tu Bishvat is a Chag La’ilanot, a holiday for the trees, not for human beings,” was the response I got. While I appreciated the wit and humor in that answer, it very much reflects the approach Jews had towards Tu Bishvat for the majority of our diaspora years. Interestingly, the person who explains best how this ancient holiday disappeared and reemerged is none other than the ruthless Roman emperor Hadrian who was emperor from the year 117-138, who caused more destruction to the Land of Israel than anyone else in history. He is responsible for its disappearance, and he is responsible for its resurfacing.

“The emperor, Hadrian, was going to war and traveling with his troops to fight with a certain country for having rebelled against him. He found a certain old man who was planting fig saplings. Hadrian said to him: “You are an old man, why are you persisting in taking the trouble to toil for others?”

The Midrash continues with the old man’s response:

“He said to Hadrian: My Lord Emperor, here I am planting. If I am worthy, I shall eat of the fruit of my saplings; but if not, my children will eat.”

Another version of this story famously has the old man saying: “just as my forefathers have planted trees for me, so too I am planting for my grandchildren.”

As if not understanding the true meaning of the question, the old man responds to Hadrian by telling him he is planting trees for future generations. “How naïve,” Hadrian must have thought with scorn. Does he not realize that this is the end of Jewish life in the land of Israel? Hadrian was right—for 1800 years. The old man was right, as the 1900s brought a rebirth of the land of Israel. Just like that old man’s grandparents planted trees in a new land for him, he too has inspired young Jews to come to a barren land of Israel and plant more than 250 million (!) trees in the newly born land of Israel. Stories of this old man and the Jewish passion for planting and rebuilding inspired new generations to stand on the same scorched earth Roman Emperor stood on and say, “although my grandparents have not been allowed to plant trees here for me, I will be planting for my grandchildren.” For although their parents and grandparents were not able to plant for them, the tale of Tu Bishvat and the centrality of planting a tree in Israel always resonated with them. The holiday of Tu Bishva was laying dormant, waiting for the vision of the optimistic old man to come true.

This approach to Tu Bishvat manifests itself boldly in the words of Rabbi Samson Raphael Hirsch (1808-1888), who wrote while in Bavaria, Germany:

“The land of Israel is the place in which our holy Torah will find its perfect fulfillment…thus to us(living outside Israel), this day of Tu Bishvat is nothing other than a day marked in the calendar. In our life in exile, this day has no special implications, other than somewhat festive expressions found in the prayers of the day”.

Rabbi Hirsch was, of course, correct. A Tu Bishvat that is disconnected from the Land of Israel has no meaning. The imperative of Tu Bishvat is inextricable from the faith in building the land of Israel and making it blossom. The imperative to make the land of Israel blossom, regardless of the conditions, goes far earlier than the old man scorned by Hadrian. The Very (Vayikra 19) states, “when you come to the land and plant various fruit trees…”. The rabbis (Tanchuma ibid) states: “God told the Jewish people even though you find the land full with goodness, don’t say we will sit and not plant, rather be vigilant about planting. As it says: “And you shall plant all kinds of fruit trees,” just as you have come in and found trees that others have planted, so too, you plant for your own children.”

This urgent command to plant and keep planting reverberated through synagogues in Lithuania, schools in Morocco, and Shabbat dinners in Babylon. The illogical willingness to accept reality and passion to go back and settle the land of Israel echoed through prays, learning, dreams, and hopes. 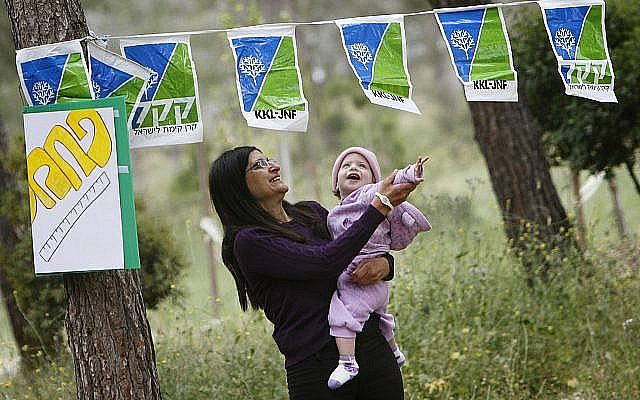 And so, when in 1904, the Jewish National Fund followed the advice of Rabbi Tzvi Herman Shapira to send out little boxes to collect money for the purchased land and plant trees in Israel, the idea became so popular that in Europe alone, more than one million boxes were disseminated, collecting the funds and paving the way to a project that would revive the land, change its landscape, and transform it in a way that can be seen all the way from space. From a barren, swampy, and unlivable land, Israel was transformed into a green land, filled with trees, covered with vineyards, and an oasis of wildlife and water.

Two thousand years later, a circle is closed. The newly rejuvenated holiday of Tu Bishvat is really just an old man’s answer to Hadrian, the villain from Rome. The rebirth of nature and beauty in Israel have been hiding in the conversation the old man had been having with Hadrian, the Roman emperor. On Tu Bishvat, we recommit ourselves to making sure that in the face of any Hadrian, destruction, and hopelessness, we will keep planting. It may take a generation, it may take many, but we will always continue to plant and build. Happy Tu Bishvat! 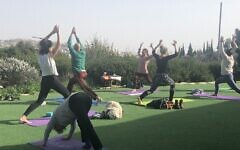