Yesterday in Israel, we celebrated a rainy Tu Bishvat, New Year for Trees. Here, one cannot escape awareness of the flow of the Jewish calendar. Israel is the only country in the world with a Jewish majority culture. To be a Jew in Israel during a religious or national holiday is an awesome experience.

I remember vividly my first Purim in Israel many years ago when I noticed that the bus driver was wearing a Purim costume and I remember thinking, “wow, even the bus drivers are Jewish!”   Growing up in Western countries I keenly felt my minority status during the Christian holidays, specifically at the end of the year. It is still strange to be in a country where the 25th of December is just another day. Even after all of these years in Israel I am still in awe at the success of the Zionist enterprise, “the hope of two thousand years to be a free people in our own land.” 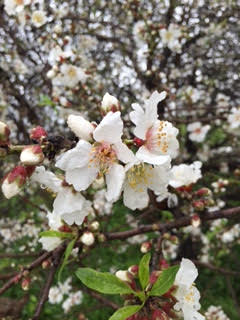 Tu Bishvat is a holiday that has received so much more significance since the advent of Zionism as it really connects us with our land and reminds us, in the words of Yoni Netanyahu, we are not just the “People of the Book” but very much people of the Land. So how do I know that Tu Bishvat was celebrated in Israel? Well, there were a number of obvious signs: 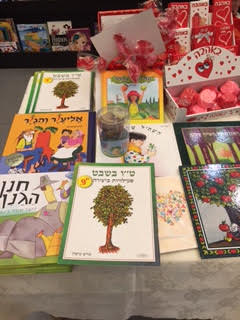 With all of the many issues Israel is wrestling and grappling with, ranging from security to social to environmental, when one takes a step back, one realises that we can justifiably be proud of having accomplished so much.

Those young pioneers as the turn of the previous century who returned to the land had a dream to revive our land one tree at a time, our language one word at a time and our ability to be in charge of our own destiny. Their vision was that, with the help of hard work, gritty determination and belief in our right to be in this land; “We would come to build the land, and the land would build us.”  This dream has become a reality.  Tu Bishvat Sameach!