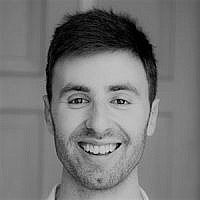 The Blogs
Louie Parker
Apply for a Blog
Please note that the posts on The Blogs are contributed by third parties. The opinions, facts and any media content in them are presented solely by the authors, and neither The Times of Israel nor its partners assume any responsibility for them. Please contact us in case of abuse. In case of abuse,
Report this post.

On October 29, 1923, a young Turkish statesman named Mustafa Kemal Ataturk proclaimed the birth of the Republic of Turkey and became its inaugural President. Following the aggression and regional hegemony of the Ottoman Empire up until the end of the Great War, the Turks’ new state was envisaged to fulfil their self-determination without the imperialist and theocratic proclivities of the Sultanate.

To a large degree, this has been the case for most the last century. Apart from its occupation of Northern Cyprus and its intermittent crackdowns on Kurdish communities, it bore little resemblance to the empire of old. Defined more by its secular constitution and burgeoning economy, Turkey relinquished its former role as Islam’s political authority.

However, under the Presidency of Recep Tayyip Erdoğan, the Republic has begun a gradual, creeping recession into authoritarianism.

The first signs of this slide appeared in relation to the media. Following the anti-Erdoğan Gezi Park protests of 2013, the government responded with sweeping new laws aimed at stifling the media. Incidents involving restrictions on the media included:

• The Radio and Television Supreme Council issued fines to pro-opposition news channels such as Halk TV and Ulusal Kanal for their coverage of the protests, alleging that the images were likely to frighten and destabilize the wellbeing of children who could be potentially watching

After the protests had subsided, President Erdoğan tightened controls on the internet and blocked Twitter and YouTube.

Alarmingly, according to the Committee to Protect Journalists, Turkey has 81 journalists incarcerated as of December 1 2016 . This is the highest of any other country, including all the journalists currently jailed in North Korea, Cuba, Russia and China combined.

The undermining of Turkey’s separation of powers is also concerning. The governing powers and functions in Turkey are divided between the executive, the legislative and an independent judiciary. By design, the religious inclinations of Erdoğan’s Justice and Freedom Party (AKP) are at odds with the historically-secular judiciary. In January 2014, the President purged the judiciary of several officials either for their secularist credentials or those whom he thought to be aligned with his rival Fetullah Gülen . Many of these sacked judicial officers were later replaced by AKP supporters. This was followed by another purge of the judiciary in July 2016, where 2,745 Turkish judges (36% of all judges in Turkey at the time) were removed from duty and ordered to be detained.

The referendum held in April this year, which succeeded with a ‘yes’ vote of 51.41% to a ‘no’ vote of 48.59%, essentially undermined the liberal founding principles of the Republic and the constitutional constraints on the Presidency. Opposition leader Mithat Sancar stated that a successful ‘yes’ vote and its corresponding amendments would cause the country to ‘quickly become an autocracy’ and eventually a ‘pure dictatorship ’. These amendments included :

Following a coup attempt in late 2016, the government initiated a crackdown to purge the military, judiciary, government and civil service of not only those who were implicated in the coup attempt, but also those deemed to be disloyal or dissenting to President Erdoğan. According to Human Rights Watch, over 100,000 officials have been dismissed or suspended , including 28,000 teachers. At least 2,200 judges were jailed pending investigation, with 3,400 permanently dismissed .

The government also temporarily derogated from many of the key provisions of the European Convention on Human Rights and the International Convention on Civil and Political Rights . The state of emergency weakened safeguards against abuse in detention, leading to increased reports of torture and ill-treatment in police detention such as the beating and stripping of detainees as well as threats of rape.

Furthermore, the Turkish government has intensified actions that intimidate and target the country’s Kurdish minority. Curfews have been enforced in Southern Kurdish towns and cities and, as estimated by Amnesty International, up to half a million people have been forced out of their homes because of security operations by Turkish authorities . Many homes and historic buildings of cultural significance to the Kurds, such as in the city of Diyarbakir, have been shelled or demolished. A report by the Office of the United Nations High Commissioner for Human Rights released in February accused Turkish authorities of killing hundreds of Kurdish people between July 2015 and the end of 2016.

Importantly, Turkey is bound by a wide range of human rights obligations under international law. Among other treaties, they are a party to the International Convention on Civil and Political Rights, the International Covenant on Economic, Social and Cultural Rights and the United Nations Convention Against Torture. Thus, it is increasingly alarming that the government is engaging in such flagrant violations of their international legal commitments. Although faced with the undeniable threats from terrorism, military mutinies and corruption, Erdoğan has exaggerated these threats to justify the suppression of free speech, freedom of assembly and the required impartiality of Turkey’s judicial branch of government. Along with his government, he should be subject to extensive further inquiry into these human rights abuses.

About the Author
Louie hails from the sunny shores of Australia. Having just graduated with a degree in Politics and International Relations, he currently resides in Jerusalem where he is interning for the Jerualem Institute of Justice. His interest areas include US and Middle Eastern politics and foreign policy, as well as analyses of journalistic standards in publications such as The Onion.
Related Topics
Related Posts
Comments