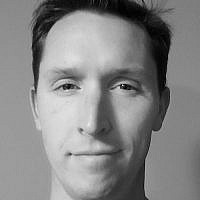 The Blogs
Andrew A. Leonard
Apply for a Blog
Advertisement
Please note that the posts on The Blogs are contributed by third parties. The opinions, facts and any media content in them are presented solely by the authors, and neither The Times of Israel nor its partners assume any responsibility for them. Please contact us in case of abuse. In case of abuse,
Report this post.

Turkish-Russian relations are being strained by a series of regional standoffs throughout the Middle East, North Africa, and the Caucasus Region. Combustible in nature, these geopolitical flashpoints have sucked in a motley crew of state and non-state actors, resulting in humanitarian crises, destruction of urban infrastructure, and the forced reordering of localized political regimes.

Nowhere is this predicament more visible than in Idlib province, Northern Syria. Over the course of the Syrian Civil War, it has become hotly contested by multiple state and non-state players and is the last major holdout of myriad rebel factions opposing the Assad regime. On October 26th a Russian airstrike targeted the training camp of a Turkish-backed group based in Idlib, killing dozens. The Russian foreign ministry all but acknowledged its escalatory strike in a statement released later that day. “The Russian side reiterated its unfailing solidarity with the Syrian people, support to its sovereignty, unity and territorial integrity,” said Deputy Foreign Minister Mikhail Bogdanov during a meeting with Syrian Ambassador to Russia Riyad Haddad. The group targeted, Faylaq al-Sham, has been instrumental in furthering Ankara’s interests in the Syrian Civil War. According to a tweet by Omer Ozkizilcik, an Ankara-based analyst at the Middle East Foundation with expertise on rebel factions in Northern Syria, the strikes were designed to disrupt Turkey’s influence in Idlib. “Attacking the HQ of Faylaq al-Sham is nothing ordinary. The group is responsible for protecting the Turkish presence in Idlib and an essential part of the Turkish-Russian ceasefire agreement,” the tweet read. In response to the airstrikes, Turkish President Reccep Tayyip Erdogan chastised Moscow, insisting “Russia’s attack targeting the Syrian National Army forces training centre is a sign that a lasting peace and calm is not wanted in the region.”

The next day, Turkish-backed rebels under the National Front for Liberation umbrella (of which Faylaq al-Sham is apart) launched a barrage of rockets and artillery fire at government-held positions in retaliation for the deadly Russian airstrikes. The recent spike in violence jeopardizes a joint Russian-Turkish ceasefire brokered in March that halted a Moscow-backed Syrian offensive to retake Idlib proper. The assault began in late 2019 and quickly overwhelmed the outgunned rebels. Eager to establish a protective buffer zone on its southwest border, Turkey deployed troops and military hardware to Idlib in late February 2020. By reinforcing rebel defenses in a campaign dubbed Operation Spring Shield, Ankara sought to prevent a rout of opposition forces and subsequent influx of Syrian refugees at the Syrian-Turkish border. In the end, Turkish drone and artillery strikes proved instrumental in halting the offensive, which ultimately displaced, killed, or injured thousands of civilians.

Moscow’s recent attempt to stir the pot may galvanize Turkish resolve against perceived threats to its southern border, which has previously been besieged by wartime refugees. If the past is indicative of future trends, Ankara may replicate Operation Spring Shield and flood Northern Syria with more soldiers, munitions, and heavy weaponry aimed at the Syria Arab Republic (SAR). Sustained attacks against its ailing client state will force Moscow to double down in the Levant, where its military assets have been deployed for over five years.

A recent flare-up in hostilities between Azerbaijan and Armenia in the disputed Nagorno-Karabakh region has drawn in Turkey, who has thrown its political and military weight behind Baku, a fellow Turkic-dominated state. Humanitarian devastation in hotly contested Azeri territories (Nagorno-Karabakh included) held by ethnic Armenians has drawn the attention of The International Committee of the Red Cross (ICRC). “We are seeing civilian injuries and deaths, including children…Hundreds of homes and key infrastructures like hospitals and schools have been destroyed or damaged by this heavy artillery fire, by airborne attacks including missiles,” said ICRC spokeswoman Laetitia Courtois. Armed with Turkish and Israeli drones, the Azeris have gained the upper hand in a conflict which has killed thousands by most accounts. Thus far, three ceasefires have been broken since hostilities began on September 27. Shortly after the initial Russian-brokered ceasefire on October 10th, Turkey issued a statement calling on Armenia to completely withdraw from the Nagorno-Karabakh region as a precondition for peace talks. This position complicates the Russian-led mediation effort not only because it supports a radical departure from the 30-year status quo, but also highlights Turkey’s uncompromising stance on the conflict. On October 13th, Turkish politician Devlet Bahceli insisted that “Armenia was the side that violated the ceasefire as expected. Negotiating with the killer returned as bullets and bombs. Nagorno-Karabakh should not be taken on the table [through diplomacy], but should be taken via hitting Armenia in the head.”

The rise of Armenian Prime Minister Nikol Pashinyan has confounded Russia’s ability to reign into orbit its satellite state. His grassroots ascendance to power in 2018 was based in part on an anti-corruption platform which resulted in the overthrow of Russian-backed political elites. Bereft of his preferred patronage levers, Putin has had marginal success in curbing Pashinyan’s Western-leaning policies, and animus between Moscow and Yerevan has emerged.

In light of cooling relations between the neighbor states, Russia has been reticent to fully back Armenia in the Nagorno-Karabakh crisis. Until Armenia’s territorial integrity is violated, the Kremlin likely has little appetite for another proxy conflict with Turkey over a semi-autonomous mountain region with little strategic value. Indeed, a new armed intervention on behalf of Armenia would likely stretch thin Moscow’s military assets, which are currently deployed in Syria, Libya, and Ukraine. In the same vein, Turkish force projections in Syria, Libya, and the eastern Mediterrean risks overreach as well.

Russia’s hands-off approach to the Nagorno-Karabakh conflict may give it greater flexibility to outflank Turkish backing of Baku in other arenas. The recent airstrike in Northern Syria on Turkey’s pet proxy, Faylaq al-Sham, is likely meant as a warning to Ankara to scale back its support for Azerbaijan’s offensive. But this rationale can be a two-way street. Turkey could checkmate the Kremlin’s Idlib attack by ramping up military aid to Baku, further tipping the scales in Azerbaijan’s favor while driving up regional instability in one fell swoop. A Russian headache would certainly ensue from such a scenario, per its status as the Caucasus Region’s traditional power broker.

In war-torn Libya, Turkey and Russia have each backed opposing sides in an effort to achieve regional aspirations. Ankara’s endgame is extracting energy resources from the beleaguered Government of National Accord’s (GNA) Exclusive Economic Zone in exchange for arms and diplomatic backing, while Russia seeks to further its own regional influence vis-a-vis General Khalifa Haftar, a remnant of the bygone Gaddafi era. Both parties have outsourced their “boots on the ground” to non-state actors; Moscow has relied on the services of the Wagner Group, a shadowy, Russia military contractor who specializes in maintaining its benefactor’s plausible deniability, while Turkey has added Syrian mercenaries to the myriad tribal forces constituting the GNA army. Ankara’s military intervention came as Haftar’s foreign-backed forces were near the outskirts of the Libyan capital, Tripoli, in late-2019. Backed by Turkish drones and warships, GNA forces repelled Haftar’s coalition of African and Russian mercenaries and captured a wide swath of northwestern Libya. Ankara’s actions secured not only the future viability of the GNA, but also its stake in shaping western Libya’s future political trajectory and reaping its offshore gas reserves.  Despite Ankara’s initial success in turning the momentum in the GNA’s favor, a Turkish-led counteroffensive to take Sirte, one of Haftar’s strategic strongholds, was routed by a Russian air campaign in July. The ensuing stalemate was an implicit admission by both Russia and Turkey that further escalation amounted to a zero-sum game, and on October 23rd a ceasefire was formalized.

As Turkish and Russian interests collide on shared battlefronts, the proximity of their respective armed forces narrows. Subsequently, the potential for military miscalculation increases between the two regional heavyweights. Putin and Erdogan share similar leadership qualities; while both are shrewd tacticians, their egos which must be satisfied in one way or another. As the past has shown, overreach by one leader will warrant a forceful response from the other. Add to this climate a dash of nationalistic fervor, and one gains a better understanding of just how dangerous the Turkish-Russian rivalry is becoming.

About the Author
Andrew A. Leonard is a freelance writer covering foreign policy and international politics. He has previously worked as a sportswriter and also served as a special interest columnist while in college.
Related Topics
Related Posts
Comments 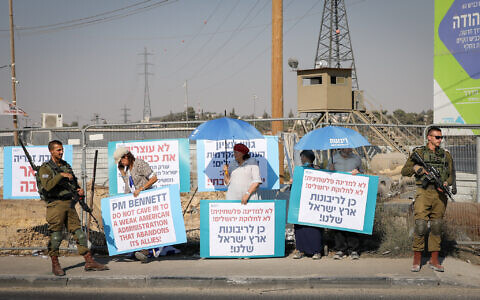 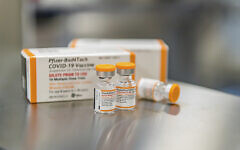 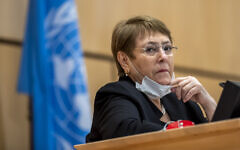 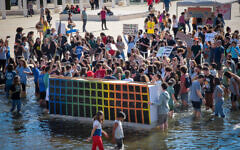 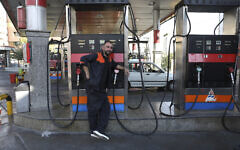