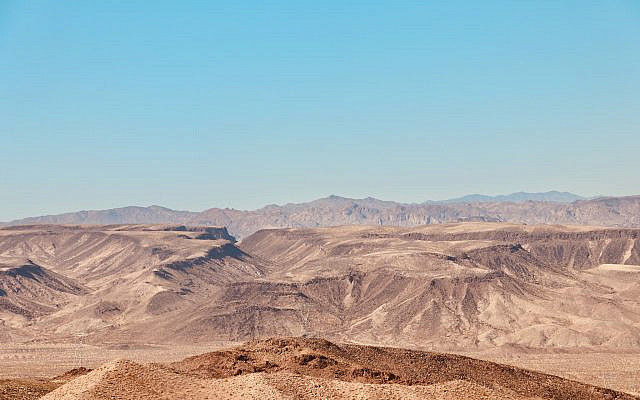 Photo by Deborath Ramos on Unsplash

The Yom Tov of Shavuos, our celebration of receiving the Torah, is linked to two of the most famous converts in Jewish history: Yisro and Rus. Yisro is linked to Shavuos because the Torah juxtaposes his arrival to Bnei Yisrael with Har Sinai, indicating a connection between him and Kabbalas HaTorah. And, despite some debate in Chazal for the exact reason, Megillas Rus is read on Shavuos.

In Chumash, the story of Matan Torah is in a parsha named after Yisro, Moshe’s father-in-law. After he heard of the miracles Hashem had performed for Bnei Yisrael, he came to join the camp and he converted (Zevachim, 116a). Yisro is praised repeatedly by Chazal for his love and devotion to Torah. The Midrash tells us that one of Yisro’s names was Chovev because of his love (chiba) for Torah (Midrash Tanchuma, Yisro, 4). Another Midrash tells us that no other convert loved Torah like Yisro did (Sifrei Bamidbar 88). Rashi explains that Yisro is praised for leaving his home and position in Midyan to hear words of Torah in the desert (Shemos, 18:5).

Similarly, Rus is praised for her commitment to Torah and mitzvos. The Megillah itself contrasts Rus, who decided to stay with Naomi and join the Jewish people, with her sister Orpah, who chose to return to Moav (Rus, 1:14). The Midrash describes Rus’ determination to stay with Naomi, even when she tries to dissuade her. Naomi began to tell Rus some halachos that she would have to keep, but this did not deter her (Rus Rabbah, 2:22). The Megillah itself calls Rus an “eishes chayil” (Rus, 3:16).

From the qualities shown by both Yisro and Rus, who chose to accept the Torah and mitzvos upon themselves and showed love and commitment to Torah values, it is clear why we focus on both of them on Shavuos. However, despite these similarities, it is important that we remember and think about both of them separately. Yisro and Rus represent two different paradigms of connection and dedication to Torah.

Yisro’s conversion is intrinsically connected to the foundational national experiences of Bnei Yisrael. He comes to join them because he hears about yetzias Mitzrayim and kriyas yam suf (Shemos, 18:8). Regardless of whether he himself experienced Matan Torah (see Rashi and Ramban, Shemos, 18:13), the Torah juxtaposes his conversion with Bnei Yisrael’s national Kabbalas HaTorah in the pesukim. Although Yisro makes an individual choice to join Bnei Yisrael, he is linked to a national acceptance of the Torah.

Rus stands in direct contrast to this. She is a single individual who joins the Jewish nation at a time characterised by hardship and chaos (see Sefer Shoftim). Her acceptance of Torah is tied up with her personal relationship to her mother-in-law Naomi. This is expressed in her language when she tells Naomi she wants to be part of Bnei Yisrael: “wherever you go I will go, and wherever you sleep I will sleep, your people is my people, and your G-d is my G-d” (Rus, 1:16). The Megillah presents Rus as one individual accepting Torah upon herself, as an individual.

The focus of Shavuos on both Yisro and Rus represents a meshing together of these two paradigms of Torah acceptance. On the one hand, we imitate Yisro and stand with the rest of Bnei Yisrael to accept the Torah on a national level, just as our ancestors did. On the other hand, we must imitate Rus as well and commit ourselves to Torah and mitzvos on a personal and individual level.

Yisro and Rus themselves blended both of these aspects. Yisro represents accepting Torah on a national level. But his contribution to Bnei Yisrael was the suggestion of setting up a system of courts (Shemos, 18:19-23), which helped people on an individual level by ensuring they could deal with their grievances more quickly. And whilst Rus represents accepting Torah on a personal level, her great-grandson was David Hamelech (Rus, 4:22) who, as king of Israel, contributed to the entire nation.

Both aspects are vital. Our national and historic acceptance of Torah helps us remain committed even on those days when we feel personally less motivated or passionate. However, our individual acceptance of Torah enables us to develop our own unique and personal relationship to Hashem and Torah. On Shavuos, when we reaccept the Torah upon ourselves for the coming year, we need to learn both from the model of Yisro and from the model of Rus.