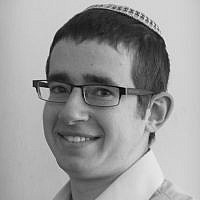 Two people woke up this morning, filled with a sense of mission and purpose.

One remembers his constitution, that calls for Jihad as it`s path for destroying the Jewish State. The other remembers his Code of Ethics, that calls upon home to be a partner in the security of the country, and reminds him that “every human has value that is not a condition of origin, religion, nationality, sex, position or role.”

Two people thought about the tragedy of innocent civilians in Gaza being caught up in the crossfire. One person tells those people to stay there, and use his civilians as cover for his weapons. The other works tirelessly to warn civilians before any attack.

Two people danced today. One person danced at the news that his organisation claim they have captured an enemy soldier. The other danced to a popular dance song, whose words are words of encouragement not to be scared, and to believe God will save his people from their enemies.