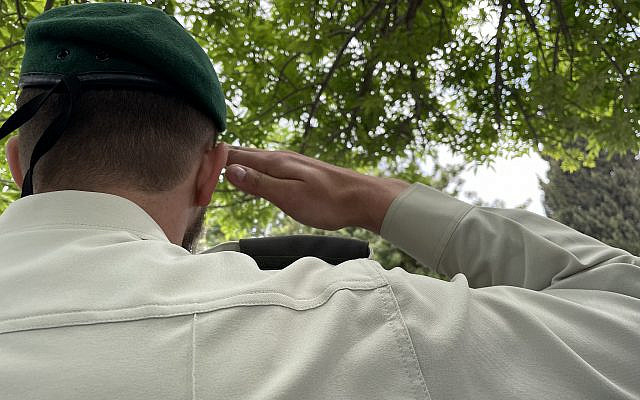 A Jewish polity in the Levant was established for the third time, 14 May, 1948. Between this latest manifestation and the last resides a diasporic lacuna of some two thousand years. The rise-and-fall, and rise-and-fall, and rise again of a Jewish State, in more or less the same geographical area, (and the revivification, also, in new form, of a ‘dead’ language), is a deviation from the norm of national histories; indeed, the improbability of this event makes employment of the word miraculous (as abused and promiscuously misapplied as that word is) for once apropos. Inexplicably, a polyglot riffraff of immigrants, exiles, and pioneers; secular socialists, religious Zionists, and the vestigial tatters of men expectorated from the smouldering bowels of Europe, became a country. In the war demanded to achieve this, Israel lost one percent of her people—a considerable figure for any nation, made monumental given the size of this pygmy nation. The omnipresent ‘Wandering Jew’, after two thousand years of restive globetrotting, could finally come to a rest (if a somewhat restive one).

It is this astounding national and historical achievement that Israel commemorates today, Yom HaAtzmaut—’Independence Day.’

The Palestinian name for this outcome, An-Nakba, means “The Catastrophe”—quite clearly conveying the Palestinian perspective. One of the unsettling (as it were) effects of the war, was the creation of 600-700,000 Palestinian refugees (since generationally compounded by a UN decree, unique in kind, which makes refugee status for Palestinians hereditary), and 800,000-one million Jewish refugees, disseized of their homes and subsequently ejected by their Arab hosts. The latter, not without considerable pains, were absorbed into the tottering Jewish state, or soon resettled elsewhere, while the former (along with a fresh horde in 1967) are still kept in various modes of displacement and disaffection.

Their perpetual state of ephemerality plays well into the politics of terrorism, and has since served as the convenient excuse of puerile despots and antisemitic blocs—from Sadaam to Osama, Shi’ite Hezbollah to Sunni Hamas, Neo-Nazis to militant leftists—for repeated depredations against Israel in particular, and the West generally. Much propagandistic mileage has been traveled on the Palestinian plight, with the terrorist plotter and the peace activist, along with such advocacy groups as BDS, invoking the name of humanitarianism to pressure Israel into returning to the status quo ante bellum—when the ‘bellum’ in question was made possible against Israel in the first place by the former status quo. (It is, moreover, at least somewhat telling to bear in mind that terrorism—or, if you prefer your euphemisms in romantic form, resistance— was a flourishing business well before the remaking of the 48’ borders).

It is not my purpose here to intervene too extensively in the donnybrook which inevitably accompanies any discussion, however innocuous, of Israel. Suffice it to say that in the struggle between a terror bloc which employs children for its political goals—however loftily one regards those ends—and the side meanwhile endeavoring to stop them—however faultily undertaken—I enlist conclusively on the side of the defenders.

(And there is another war, a nonconventional one, perpetual, subterranean, clandestine, which gets no media reportage, and which will receive no historian’s retrospective analysis, but which nevertheless recurs nightly; an urban war, in Jenin, in Tulkarem, in Qalqiliya, in East Jerusalem, conducted between aspiring shuhadā’ and those who wish to deny them paradise, or else speed them to their heavenly destination.)

Finding faults in a nation faced with unprecedented geopolitical challenges as this one is easy. But somewhat more credit is owed when what is found under such conditions is a liberal democracy and not a despotism; a parliament and not a monarch’s court; a Supreme Court and not closed military tribunals; an open and not a state-owned press; innumerable parties and not a one-party state (though we can sometimes wish, to simplify the Senate’s circus, to at least make them numerable); a full-throated, assertive, litigious, often rude electorate, and not a meek polity of sheeplike figures, reflexively adulatory and diffident of the state leader.

Namely, Israel is a country, though marred in ways which her people are too proud not to elucidate, features all the internal mechanisms for self-amendment, and daily puts them to use. Israel, then, is not exceptional for being perfectly conducted in a world less than utopian; but she is outstanding for retaining her morality and liberality in a threatening and unpredictable one.

In Israel, Independence Day is preceded the day before by Remembrance Day, which commemorates, in addition to fallen soldiers, the civilian dead by terror. The mournful is juxtaposed immediately beside the celebratory. In Judaism, day begins at sunset, and thus the transition from the solemn to the festive is not given the interval of even a night’s reprieve: the country passes uninterruptedly from lighting mourners’ candles to lighting fireworks and coals for outdoor grills. This may sound like a discordant jolt to the spirits, (from being mournful spirits to raising them in a cup), and indeed small complaint is sometimes heard against the emotional schizophrenia induced by a period which includes Passover (you may think of it, loosely, as the Jewish gluten-free holiday), Holocaust Day, Remembrance Day, and Independence Day, all within less than a month’s span. (This year, as the stars determined, Passover coincided with Ramadan as well as Good Friday.)

This is no incongruity, however. Rather, a profound and universal point is suggested in placing the bright beside the stygian, the joyous beside the despondent. The interrelation between freedom and sacrifice is a motif long hammered flat by reiteration on the anvil of cliché. And it is in this way that even the self-evident can attenuate, and make worth repeating in freshly-forged ways. 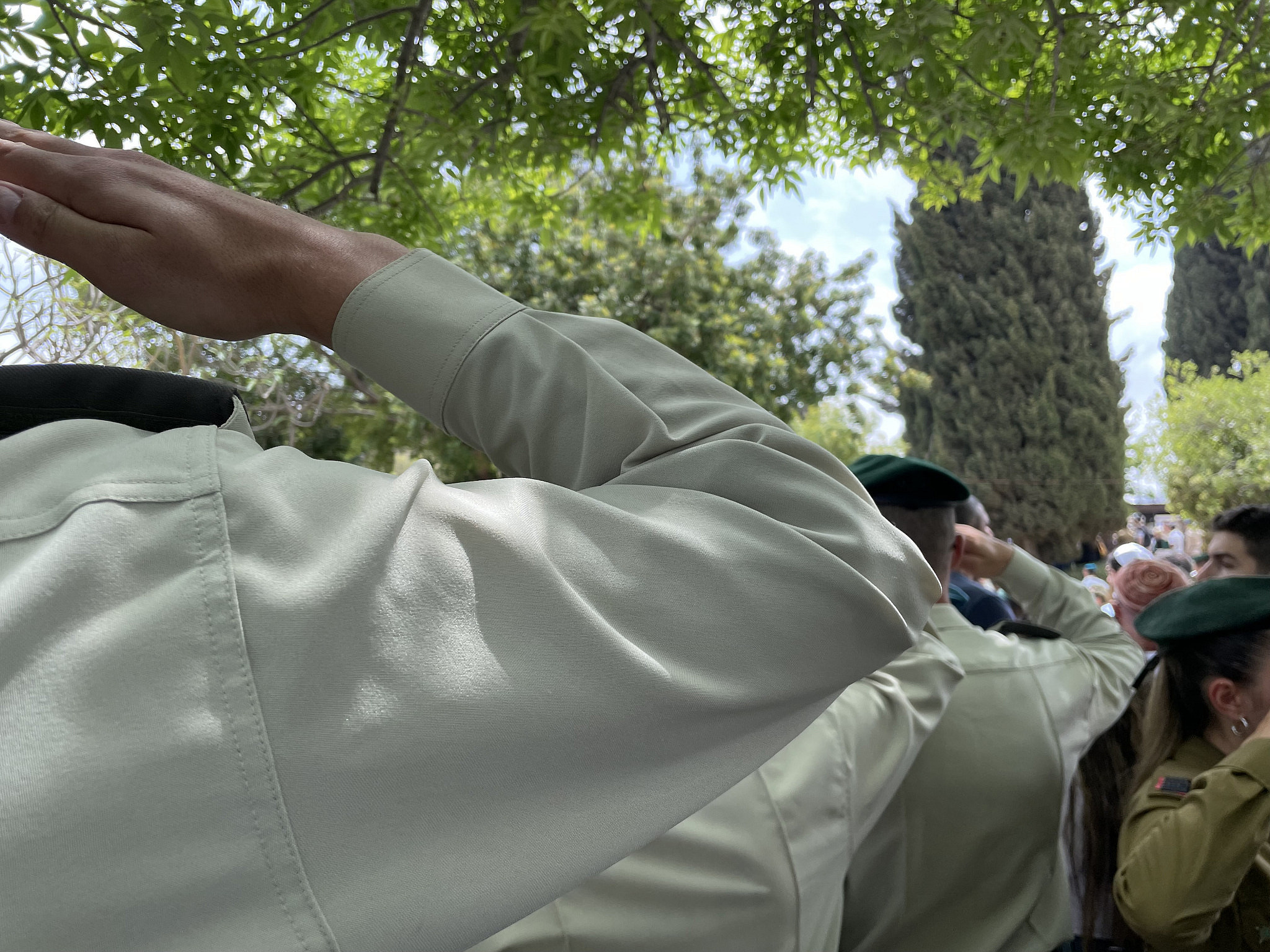 Flipping the coin over from Remembrance Day to Independence Day makes one aware of their equal currency. The shift of feeling experienced today by Israelis from grief to exultation, serves rather to compliment and enhance those sentiments, than offset them. (One is reminded of Golda Meir’s observation that only those knowing how to weep fully with the heart know as fully how to laugh.) At the end of the januslike commemorations and ceremonies, these rivalrous moods, rather than rival for our passions, merge to create a new feeling, profounder and nobler: appreciation.

“Whole branches of Judaism may wither and fall,” affirmed Herzl, “but the trunk will remain.” Wishing against the first clause, we trust in the last, and expect, on this day of Israeli independence, to celebrate many more.