New York, December 15 – The United Nations has again postponed an initiative to work on moving the Palestinians toward maturity and moral agency, a spokesman for the organization announced today.

A project to provide the Arab inhabitants of Judea, Samaria, Jordan, and various refugee camps in the Middle East with a rudimentary awareness of the need for compromise and consideration of others  – as well as a regimen of basic self-sufficiency in hygiene – was initially proposed decades ago, but political maneuvering and bureaucratic snafus, as well as financial pressures, have caused repeated delays of the program.

The initiative, General Rehabilitative Operations for the Welfare and Upbringing of Palestinians (GROWUP), is modeled on, and closely resembles, a toilet-training regimen for toddlers. It calls for a gradual reduction in international provision of all Palestinian needs with a concurrent effort to instill responsibility and volition. As a result, the world will be able to allocate its resources to other needs, instead of perpetually underwriting Palestinian education, infrastructure, health care, security, advocacy, and cleanup.

The need for a GROWUP program emerged ever more urgently this past summer in the aftermath of the fighting in Gaza, when donor nations realized they were repeatedly funding the reconstruction of facilities that the Palestinians could have maintained by demonstrating a modicum of maturity but instead threw a temper tantrum in the form of rockets fired at Israeli civilians and attempted massacres via infiltration tunnels. When Israel took measures to stop the fire, Palestinians and their enablers cried even louder at the resulting casualties and devastation. 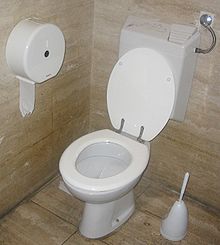 The newest delay of GROWUP comes as various UN members continue to express doubt that the Palestinians are ready to be told they must take responsibility for themselves. “The people of Palestine and the refugees are simply not in a situation where removing their diapers and cutting back on baby formula is the right policy,” argued President Nicolás Maduro of Venezuela. “And we certainly cannot expect them to face the consequences of their decisions – they simply are incapable of that at this stage.”

King Abdullah II of Jordan concurred, saying that it fell to Israel to make all the necessary concessions. “If we could reasonably demand that Palestinians make compromises such as not destroying the Jewish State by whatever means possible, GROWUP might be an option, but the Palestinians have yet to become capable of handling feeding and cleaning themselves, let alone moral agency, so clearly it’s Israel who has to make the sacrifices.”

American officials expressed frustration at the delays. “It’s time to grow out of this once and for all,” said Ambassador to the UN Samantha Power. “I can’t believe we’re all still dealing with their crap.”