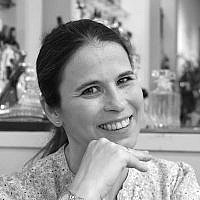 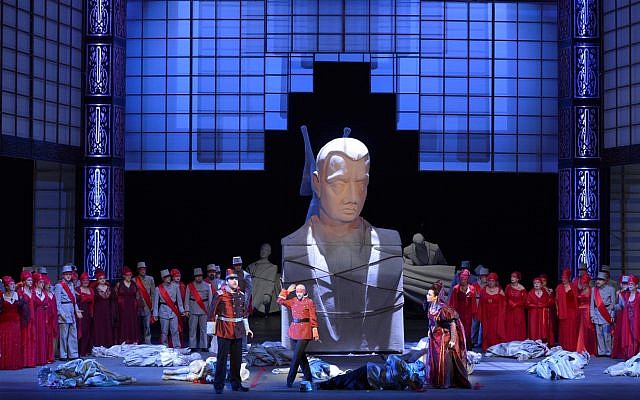 The new Israeli Opera production of Verdi’s Un Baillo in Maschera (A Masked Ball) is pure joy. The opera is two and a half hours of fine entertainment with excellent singing, good show and impressive setting.  The dramatic conducting of Daniel Oren and the singers make it a polished and flowing opera that tells a colorful story.

Un Baillo in Maschera is a 19th century opera that features betrayal and ends with murder. It tells the story of the impossible love of Riccardo the governor of Boston to Amelia the wife of his devoted secretary Renato.  Already early on, the fortune teller Ulrica in an enchanted appearance gives a prophecy that Ricardo will be murdered by a trusted friend.  The declaration of love of Riccardo and Amelia, which is discovered by Renato, leads to the murdering of Riccardo by Renato during the Masked ball.

The opera flows and is polished; with light and pleasant music, which was received by applause of the audience. The stage setting was simple, but reinforced by lights and video art, it became three-dimensional. The cast’s costumes added the final touch and created an impressive effect.

Valentyn Dytyuk who performed governor Riccardo gave an excellent show. Ira Bertman gave a good presence to Amelia with a clean and pleasant performance. However, Lonut Pasco as Renato was less impressive. Outstanding singing was given by Hila Baggio as Oscar and the chorus. Daniel Oren conducted in his very dramatic style, which was emphasized in the already dramatic music of Verdi, turning it to a very entertaining performance. 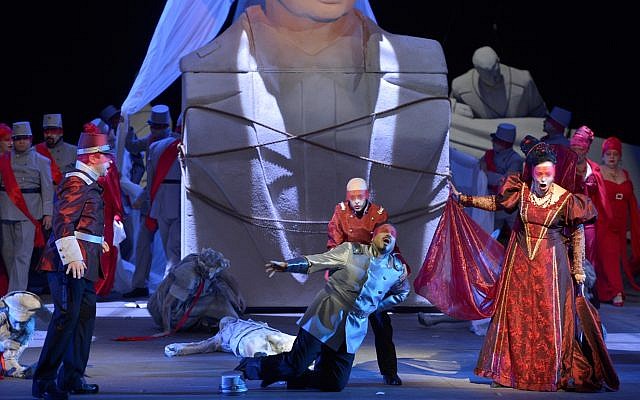 The next production will be Tosca by Giacomo Puccini that will premiere on March 28th, 2019. It’s a joined production with the opera of Rome, which is a spectacular reconstruction of Tosca’s original production in Rome in 1900. Daniel Oren will conduct an operatic tension story with murder, execution and suicide.

The author was a guest of the Israeli Opera.