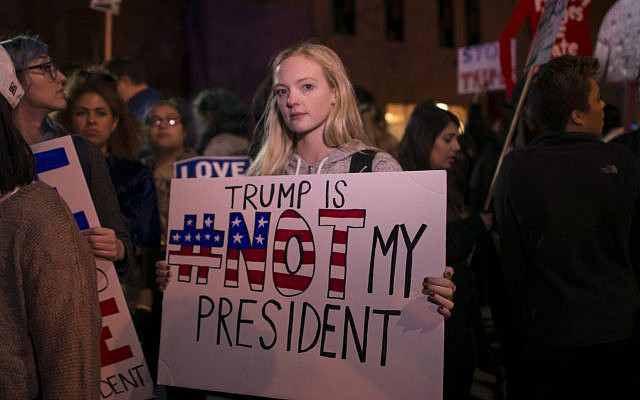 Listening to the supporters of Republican candidate Donald Trump can be perplexing because their talking points seem to make so little sense. This handy guide provides a translation from Trump-speak to plain English:

English: As Michael Bloomberg puts it, “the richest thing about Donald Trump is his hypocrisy”. Donald Trump spends more than he earns. As explained by CNN’s Ed McCaffery , “Trump’s taxes tell a tale of debt and desperation”.

Trump-speak: Trump is the “law and order” president.

English: Under Trump, the need for law and order has become more acute.

English: Biden denounces violence while Trump incites violence and refuses to commit to a peaceful transition of power if he loses.

English: Trump lied and continues to lie about the danger of Covid while holding unsafe rallies for his own self-glorification. Under his watch, over 205,000 Americans have died from Covid so far, more than any other country by a wide margin even though the United States has only 23% of the population of China and only 24% of the population of India.

English: Trump cancelled the nuclear deal with Iran, therefore going from restrictions on Iranian nuclear production to no restrictions, and he failed miserably in trying to restore UN sanctions on Iran.

English: Trump called America’s fallen war heroes “losers” and “suckers”. He previously called war hero and former Republican candidate for president John McCain a “dummy” and a “loser” for being captured, jailed, and tortured during the Vietnam war.

Trump-speak: Trump stands up to thugs and dictators.

English: Trump praises thugs and dictators. For example, Trump said about North Korean dictator Kim Jong Un, “He wrote me beautiful letters. They were great letters. And then we fell in love”.

English: Trump took undeserved credit for improved Israel-Arab relations that were already well under way before he was president. Relations between Israel and the Palestinians, however, are now even worse than before Trump was president.

Trump-speak: Trump built a wall with Mexico and got Mexico to pay for it.

English: Trump only built a partial wall, and Mexico paid for none of it.

English: Trump tear gassed peaceful protesters to allow him to have a photo op while holding the Bible upside down in front of a church to which he was not invited.

English: Joe Biden speaks clearly and eloquently while Trump typically makes confused statements and needs his staff to later explain what he meant.

Trump-speak: Biden is controlled by Marxist-Leninists.

English: Biden beat progressive candidate Bernie Sanders in the Democratic primaries by a wide margin, and he selected Kamala Harris, a moderate like him, as his vice president. In his bid to replace Trump, Biden is supported by a wide coalition that includes on his left Bernie Sanders and Elizabeth Warren, and on his right anti-Trump Republicans.

English: Trump is a habitual liar, and not only about the pandemic. There is extensive documentation in the media of Trump’s false or misleading claims that are in the tens of thousands since he has been in office.

English: Trump frequently complains about the media, including the faithfully pro-Trump Fox News, because they often expose his lies. Trump also encourages violence against journalists.

English: Trump is the swamp. His presidency has broken new records in corruption and nepotism.

Trump-speak: Trump is tough on crime.

English: Trump has a long list of staff and associates who were charged with crimes. Trump himself was charged with abuse of power and obstruction of Congress, and he was impeached by Congress on those charges. Trump has been involved in thousands of lawsuits, and he has been battling in court for ten years an accusation that he obtained an illegitimate $72.9 million tax refund. Twenty six women have accused Trump of sexual misconduct. The New York Times reported that Trump and his family engaged in sham financial schemes and “instances of outright fraud”. A total of 57% of Americans believe that Trump committed crimes before he was president, and 45% believe that he committed crimes while being president.

English: America has long had deep divisions and mistrust along political lines and among racial groups. Presidents typically try to calm, reduce, and heal those divisions, but Trump continually exploits and intensifies them, making America the most dysfunctional it has ever been in modern times, and leaving festering wounds of division that will take a long time to heal. James Mattis, Trump’s former secretary of defense, said, “Donald Trump is the first president in my lifetime who does not try to unite the American people—does not even pretend to try. Instead, he tries to divide us. We are witnessing the consequences of three years of this deliberate effort. We are witnessing the consequences of three years without mature leadership.”