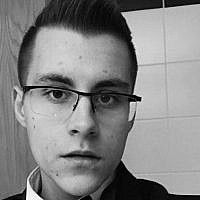 The Blogs
Dan Mikhaylov
Apply for a Blog
Please note that the posts on The Blogs are contributed by third parties. The opinions, facts and any media content in them are presented solely by the authors, and neither The Times of Israel nor its partners assume any responsibility for them. Please contact us in case of abuse. In case of abuse,
Report this post.

Few words are more synonymous with Turkey’s foreign policy than warmongering. Having predominantly promoted a secular, geopolitically introverted Kemalist foreign policy in the twentieth century, with the exception of the 1974 Cypriot intervention, the country has transitioned to an “offensive realist” weltanschauung under the Justice and Development Party (AKP). Although it is certain that this transformation is estranging Ankara from its NATO allies and aspirations for European Union membership, its overall direction remains unclear. The German Marshall Fund’s policy paper, Turkey and the West: Keep the Flame Burning, published in June 2020, concatenates this turnaround to the ruling party’s “roots in political Islam”. Islamism has long rivalled the nation’s secular ideals, but struggled to overawe the latter until the AKP’s rise in 2003, birthing only a short-lived Islamist administration under Necmettin Erbakan (1996-97). Meanwhile, others have attributed it to Neo-Ottomanism, since it combines support for Islamism with its predecessors’ irredentist rhetoric.

Without fathoming what undergirds Turkey’s external conduct, the West risks facilitating its alienation from NATO and other cooperative institutions of the Cold War era. Connivance at the purchase of the S-400 anti-aircraft missile systems from Russia and the EU’s €6 billion financial concessions in the 2016 migration deal have not prevented Turkey’s rapprochement with Iran or attenuated its pernicious support for the Muslim Brotherhood and Salafi paramilitaries. As recent events amply demonstrate, this policy of appeasement has not even ameliorated its grievances with Western allies, France and Greece.

It is incumbent that the West internalises a new strategy, which recognises both the fundamental change in how Turkey behaves on the international stage and what determines this behaviour. As its cornerstone, the West should understand the polyhedrality of Erdogan’s foreign policy. Albeit nationalist at its core, it employs a variety of instruments to further its agenda, one of which – and arguably the most impactful of which – has been political Islam.

Up to this point, policymakers have often overlooked this nuance and correspondingly misjudged their responses to the AKP’s geopolitical ambitions. Dissolute Turkish sympathies to the Muslim Brotherhood regimes, established in Egypt and Tunisia in the aftermath of the Arab Spring, have received inordinate attention in the Western press, while Ankara’s ostensible partnership with Syrian insurgents against Kurdish separatists and increasingly, the forces of the Syrian Arab Republic obscure the existing simulacra between the Turkish and the Western visions of Syrian conflict resolution. In turn, this has dissuaded the US coalition in the Middle East from seeking further cooperation with Turkey and prompted it to revert to the Russo-Iranian axis. Moreover, Europe’s misperception of Turkish foreign policy as ideologically motivated and of the AKP, 60% of whose electorate approve of Western integration, as monolithically Islamist has only reinforced the rift between the two parties at a cost to joint initiatives in the Mediterranean.

Certainly, it would be folly to neglect the overlap between the AKP and political Islam. Erdogan’s party was the one to abrogate the longstanding ban on Islamic headscarves, reverse Mustafa Kemal Ataturk’s secularisation of the Hagia Sophia, and compel financial auditing firms to follow Islamic practices, while inspecting interest-free financial institutions. Moreover, the primary ideologue of the AKP’s “zero problems with neighbours” policy – ex-Prime Minister Ahmet Davutoglu – brought an Islamist-leaning think tank, Center for Strategic Studies, to the forefront of government policymaking. Likewise, Ankara’s ties to Qatar and Iran, both of which have been accused of sponsoring religious paramilitaries in the region, hardly augur well for a foreign policy, independent of political Islam.

That said, Islamist politics is but one of many components within the AKP’s fundamentally nationalist foreign policy. Turkish parliamentary alliances illustrate this unequivocally: rather than soliciting the backing of the Islamist Felicity Party, the ruling elites rely on the nationalist MHP for legislative endorsement. Despite his indisputably authoritarian, quasi-sultanic governance and attempts to arrogate the right to represent the global Muslim community against Emmanuel Macron, Erdogan is continuing the policies of his Kemalist predecessors on many fronts. Amongst other things, the AKP’s commitment to subverting conflict resolution in Cyprus and the concomitant support for the Turkish Cypriot communities in the island’s north does not contravene the country’s historical stance on the issue, since it originates more in Turkey’s ethno-cultural ties to them than in the Erdogan government’s overture towards Islam.

Turkish intervention in Syria could likewise be explained as nationalist-driven. As Oxford University’s Philip Robins purports, much of the economic growth experienced under the AKP stems from the rapid industrialisation of the nation’s southern areas. The textile sector in Gaziantep has generated considerable economic opportunities, but its sustainability is conditional on local political stability. If emboldened by victories in Syria, however, Kurdish separatist movements can regain popularity in Turkey and trigger another escalation of the Turkish-Kurdish conflict, which has existed since 1978. Resultantly, the AKP was inclined to coalesce with the makeshift powerholders along the Syro-Turkish border, and later when Russia had successfully cajoled Assad into accepting the possibility of concessions to the Rojava Kurds, come to their aid in Idlib against Syria’s armed forces. Similarly, this explicates why most Turks agree with their country’s contentious military intervention in Syria, notwithstanding their own backlash against the Turkish society’s gradual Islamisation.

In short, while Turkey certainly taps into Islamism, whenever this helps its geopolitical agenda, as vindicated by its relationship with Pakistan and Qatar as well as its support for the Muslim Brotherhood, this should not lead the West into adopting a narrow understanding of the AKP’s external intentions. Erdogan has never diverged from the Kemalist legacy of destabilising Cyprus  and protecting his country’s territorial integrity against Kurdish encroachments. Furthermore, the role of Islam is secondary at best as an explanation for Turkish engagement in the Nagorno-Karabakh and Libya; economic concerns arguably carry greater importance. The West needs to recognise this. Erdogan’s megalomania might prove difficult to reconcile, but his government’s views are nationalist and pragmatic. Russo-Turkish relations have overcome their crisis, when the latter shot down the former’s SU-24 aircraft; there is no reason why the West cannot accomplish something similar with Turkey.

About the Author
Dan Mikhaylov is a Policy Fellow at the Pinsker Centre, a think tank specialising in Middle Eastern affairs and combatting anti-Semitism and anti-Zionism in the United Kingdom. His contributions have also been featured in Orthodox Conservatives, The Globe Post, and The Mallard in addition to the Austrian Economics Centre.
Related Topics
Related Posts
Comments