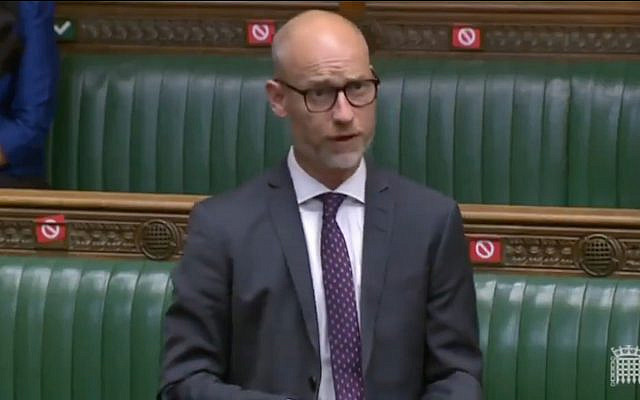 Stephen Kinnock speaking in the Commons (Screenshot via Jewish News)

Stephen Kinnock MP and the TUC are not happy. They want goods produced in Israeli settlements on the West Bank banned as imports, and the government won’t agree. Mr. Kinnock believes that to buy the products is to “profit from the proceeds of crime”.

They obviously need an alternative target for their criticism and they might do equally well if they try to ban New Zealand butter and lamb.

After all we took the country from the Maoris in the 19th century when they had ruled it since 1320. We fought the Maori Wars from 1845-1872 and in the course of those wars 2,000 Maoris were killed and 800 Brits. The Palestinian Arabs didn’t run Israel for 500 years; the Turks did, so does that mean the Maoris have more cause for objecting to being taken over?

The Maoris particularly objected to the Europeans being allowed to buy their land. They wanted future land sales banned. Instead the New Zealanders used the money they got for the land to pay for the wars. What would Mr. Kinnock think of that? Is that profiting from the proceeds of crime?

There has been peace now in New Zealand for 150 years but the Israelis have had to endure war for over 70 years and they are still at war with Syria, Iran and Iraq. Does Mr. Kinnock believe his campaign should end in 2098?

Although there is peace in New Zealand the country is not run by both peoples. There is a Minister for Maori Affairs and the present holder of the office is the first Maori woman to hold the post, Nanaia Mahuta. There is one other minister, an under secretary, with a Maori background and that is Fletcher Tabuteau. There are a few Maori MPs but Ms. Mahuta has the overall responsibility of looking after the Maori’s interests. The Arab members of the Knesset are equally represented.

The result of European immigration has been as beneficial to the Maoris as it has to the Arabs in Israel. They earn more than their neighbours, their health is better, the land is more productive, and their standard of living has massively improved where there is cooperation.

The Maori All Blacks have played international rugby teams since 1888 and,  of course, the Haka is a Maori challenge.

I recognised the good relations between the two peoples in New Zealand when my wife took me to a concert by a Maori choir at the Festival Hall. The singing was lovely and when it came to the last item, the choirmaster invited any New Zealanders in the audience to come on stage and perform with the dancers.

It seemed like half the audience accepted the offer and crowds of happy New Zealanders swayed and performed the hand movements with the choir to the manner born. You couldn’t have had a better example of co-existence.

Will we see the Arabs and the Jews in Israel living in harmony in the future?  The idea of returning land lost in war to the losers would find Italy returning to Hadrians Wall, the Americans giving the country back to the Navaho, the French getting Canada back, but losing Nice to the Italians, and Australia, of course, goes back to the Aborigines. All, according to Mr. Kinnock and the TUC,  are benefiting from the proceeds of crime.

There is , of course, a very serious side to this. Iran and Syria have the objective of destroying Israel completely and, if they still have their 1947 policy when their five armies invaded Palestine, of massacring all the Jewish inhabitants. The opportunity this would give to Iran to develop an atomic bomb might give Mr. Kinnock and the TUC pause for thought, but by then it will be much too late. 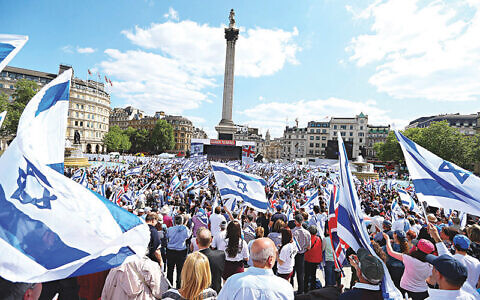 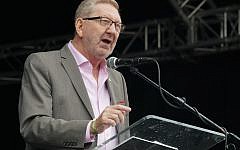 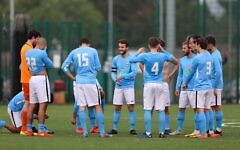 38-0… but the 37th goal was clearly offside!
Jewish News Reporter 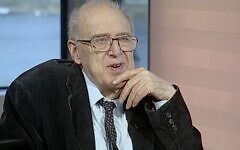 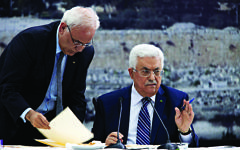 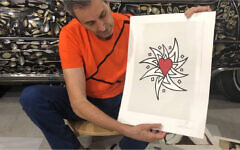