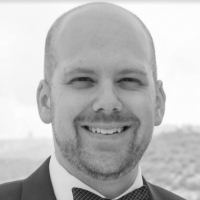 The Blogs
Brian Reeves
Apply for a Blog
Advertisement
Please note that the posts on The Blogs are contributed by third parties. The opinions, facts and any media content in them are presented solely by the authors, and neither The Times of Israel nor its partners assume any responsibility for them. Please contact us in case of abuse. In case of abuse,
Report this post.

The threats posed by ISIS, which dominated American politics in August, have fundamentally challenged the Obama administration’s policy of retrenchment. Now, the Administration appears set to embark upon a comprehensive effort to work with regional partners to combat the Islamist threat. Such devotion on this issue threatens to overshadow potential opportunities in the Israeli-Palestinian arena; however, a smart US policy would utilize this heightened engagement in the Middle East to press for renewed peace talks with regional support.

With the prospect of a sustained ISIS presence in Iraq and Syria, the option of prolonged US military re-engagement in the region has essentially become an expectation. The pressure to reorient US policy could not be more evident, as Obama himself opted for military strikes in northern Iraq on August 9—a first for the US since it pulled out in 2011.  Moreover, he later warned Americans that US military involvement to quell ISIS and work in other ways to restore stability to Iraq, including working with nominated Prime Minister Haider al-Abadi, would likely have to continue for the long run.

Obama’s August 9 decision also came on the heels of criticism from leaders in both parties for not having done more to stymie the advances of ISIS in northern Iraq.  Even as Obama authorized the strikes, ranking Senator John McCain called for more military action.  Pouncing on the administration’s perceived fecklessness on Middle East policy—a perception reinvigorated by the subsequent ISIS beheading of American journalist, James Foley—McCain repeated this call, this time along with senior Senator Lindsey Graham in a New York Times opinion article.  Tea Party stalwart Senator Ted Cruz also piped in, linking Russian and ISIS aggression to Obama’s alleged projection of weakness.

The most crushing critique, however, came from Hillary Clinton, who in what many consider an attempt to put distance between her and the president for her own anticipated 2016 president bid endorsed the idea that stronger prior US intervention in Syria would have prevented the rise of ISIS and that Obama erroneously has no foreign policy doctrine.

For the coming month, the most significant development to look for has already been outlined in a key article penned by Secretary Kerry in the New York Times on August 29. In this telling piece, he reveals the administration’s blueprint for a “global coalition” to beat back ISIS, involving support from NATO, the UN and the “countries that are most directly threatened.” At its core, this blueprint signals Obama’s intention to maintain a refocused US attention on the Middle East while holding firm to his principle of international security cooperation.

This strategy seems set to overshadow all other issues in the near future, including the Israeli-Palestinian one.  However, with the termination of the recent Israel-Hamas conflict bringing new ripeness for prospects of Israeli-PA cooperative efforts on managing Gaza, Obama could greatly profit by attempting to convert these prospects into renewed peace talks.  Such talks would likely come up against stiff resistance from Israel if Abbas follows through with plans to seek an internationally-backed time limit on Israel’s occupation.  It should be recalled, though, that in June the US was able to cajole Abbas into abandoning a similar endeavor. An opportunity is present.  After months of strained US-Israeli ties, including the recent missile shipment episode, the Obama administration is in a position to utilize its upcoming collaboration with regional Middle East states to additionally garner support and cooperation in bringing greater stability to Gaza.

The US appears to already have enjoyed a legitimacy boost among regional states for its military operations against ISIS, and now the Kerry article indicates that he and Obama remain undeterred from the tongue-lashings they had received during the Gaza crisis to pursue other cooperative efforts with the same leaders who dished out the criticism.  This legitimacy will be critical for any future US initiatives for regional involvement, including perhaps in advancing Israeli-Palestinian negotiations if the parties express a willingness for them down the road.

On the horizon, a main obstacle for revisiting the Israeli-Palestinian issue will be the divisive politics of the regional Cold War.  An informal alliance of “moderate” states led by Egypt and Saudi Arabia have been competing for regional influence against an alliance of the so-called Shia Crescent states—Iran, Syria and Lebanon—at times, and against Hamas friendly Turkey and Qatar, during others. These divisions contributed in no small part to the failure to bring the Gaza conflict to an end in a timely manner.  Moreover, they revealed the limits of US influence in the region, and led Israel and various Arab States to cold-shoulder it in favor of their own de facto alliance. As Martyn Indyk recently discussed in an interview, this snubbing of the US may become the norm.  It will be up to the Obama administration to prove in the coming months that the US can lead in the fight to neutralize ISIS if it is to have a chance at restoring its standing as a leader in peace efforts, as well.

This article was originally published in The US and US: The Mitvim-DC Monthly 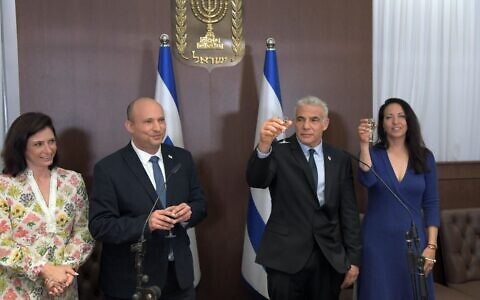 Lapid at PM handover ceremony with Bennett: ‘The job is bigger than all of us’
Carrie Keller-Lynn and TOI staff 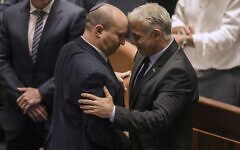 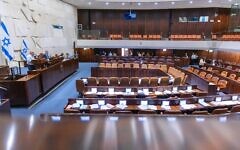 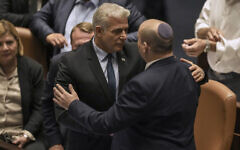 Is the understated Lapid betting a scathing, divisive Netanyahu will defeat himself?
David Horovitz 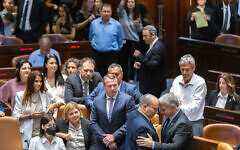