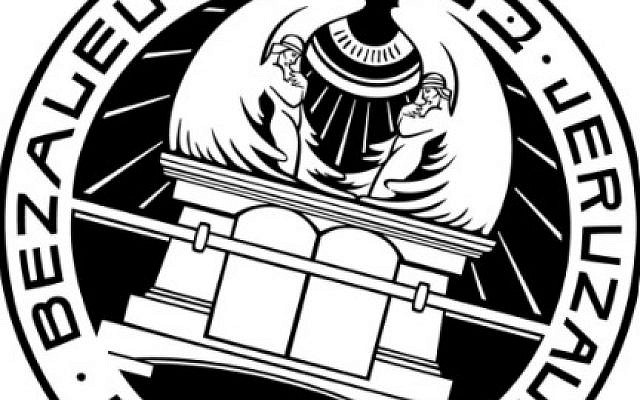 The logo of the Bezalel school of design in Jerusalem, a logo which combined the aesthetic and the spiritual, reflective of the mission of the school

You grace humans with wisdom and teach humanity perception. Bestow upon us Your knowledge, insight and understanding. Blessed are you the grantor of wisdom. – Chonen Hada’at Prayer, Daily Amidah

I recently asked a teenager what he wanted to do when he grew up.  Without missing a beat, he said, “I want to be rich”.  I then pressed him a bit and reiterated the question. “That is great that you would like to be paid well for what you do, but what do you want to do in this world?”  To this question he had no response.  He had never thought about what he wanted to build in this world, just that he wanted to live a lifestyle with the trappings of success.

In all honesty, are we surprised by such a response?  In the case of a child, his statement is innocent, reflective of a culture in which this ideal is presented as the epitome of success.    Perhaps, however, this definition of success is the very problem, because while in the mouth of a teenager it is innocent, in the mouths of adults and world leaders this same measure can be dangerous. Consider the models of leadership in which we are often given, in which ‘success’ is very often associated with money and power.  For some economic theorists, if there are social benefits to be had, they are the side effect of the endless pursuit of capital but should essentially not impact the decision-making project of any corporation, whose very existence is to maximize the bottom line for it and its shareholders.

However, the amassing of goods does not need to be limited to money, but can also extend to other goods, including power. As I write these words, my thoughts drift to consider the devastating aggression and power displayed by Vladimir Putin against his Ukrainian neighbors.  Putin is indeed a success, if we define success as the ability to wield power ruthlessly against the world community with impunity. On every other level, I think we would agree that his deeds are truly monstrous.  His actions only make sense in a mind of one who has no concept of any higher value, and he is willing to destroy the lives of thousands in the process.

Clearly there is a chasm between the pedestrian example of an innocent child obsessed with amassing wealth and a cruel dictator sitting on an arsenal of infinite power and ready to use it.  Nonetheless, both episodes force us to ask ourselves the question of why we pursue the ends we do.  For what larger goal are we placed in our world? –  a question to be asked every day.

This week the Torah provides an answer to the question in the figure of Bezalel, who is recruited by Moses to build the tabernacle in the desert.  This was the first major action the Jewish people took as a nation.  To give a modern analogy, this is their major public works project, and was to define the community itself and its ethos.  The entire people donated (i.e., were taxed) a half-shekel of silver, and the people gave generously over and above this.  They contributed gold, silver, copper, wool, precious stones, fine linens, skins of various animals, and acacia wood.  All these raw materials were to be fashioned and incorporated into the Tabernacle, the various utensils, and the priestly vestments. Clearly the person in charge of this project needed to have technical skills and be a craftsman, and indeed Bezalel was an expert in metal design, wood carving, stone inlaying and ‘all matter of craft’ (Ex. 51:31-34).   All these things we would expect from a person in charge of this monumental task.

However, we are also told that he has been endowed with ‘a divine spirit, of wisdom (chachma), understanding (tevunah) and knowledge (da’at).  The meaning of these three terms- all indicating wisdom- differ among the commentators.  In general, however, chachmah refers to inspiration, the ‘eureka’ moment.  Tevunah, or Bina refers to discernment, when the various implications of this idea are considered.  Finally, da’at is the technological knowledge required to bring the concept to reality. However, what is interesting about these three terms is that these are the very qualities God required to create the universe.

The Lord founded the earth by wisdom (chachmah);
He established the heavens by understanding (tevunah).


By His knowledge (da’at) the depths burst apart,
And the skies distilled dew. -Proverbs 3:19-20

These are also the same qualities of the future builder of the Temple in Jerusalem (1 Kings 7:13-14), and at the end of time the future messiah, bringing redemption to the entire world.

The spirit of the Lord shall alight upon him:
A spirit of wisdom and insight (chachmah u’binah)
A spirit of counsel and valor,
A spirit of devotion (da’at) and reverence for the Lord- Isaiah 11:2[1]

What this implies is that Bazalel has more than simply technical skills to get the job done.  Bezalel’s wisdom was present at the very beginning of the world and will be required at the end of history.  The Tabernacle therefore represents the ideal world at the beginning of creation and will be fully realized again at the end of history, and therefore Bezalel’s wisdom represents an understanding of the higher meaning of why we are put on this earth.  The rabbis incredibly say that these parallels imply that Bezalel had the mystical ability to ‘combine the letters’ through which the world was created, as God created the world through speech.  In other words, Bezalel is Godlike in this creative capacity.

What all these statements imply is that building the Tabernacle is not about building a building.  To build the Tabernacle is to build a structure that points to the larger reality of this world, and that a person walking into the structure should experience that very power of God’s creation as well as experience eternity in the finite.  A person should come away feeling transformed themselves; it is not about the grandeur of the structure as much as it is about the impact of that structure upon the inner heart of the individual.  How will a person be transformed by entering this holy space?  How would a community be transformed? Bezalel was a person who not only knew what he was doing, but why he is doing it.   It is no wonder that name is Bezalel, which literally means ‘in the shadow of God’.

Furthermore, when we say that someone involved in building something of meaning needs to have a spiritual vision, it is certainly not limited to that spiritual awareness and discernment.  In Jewish thought wisdom is not simply cognitive and academic, but it is knowledge that transforms a person.  This is the difference between people being smart and people being wise.  Rabbeinu Bachya Ben Asher (1255–1340) in his commentary on the Torah notes that ‘the most important dimension of wisdom is the ennoblement of one’s moral qualities, in the same way that the main product of a tree is not the trunk but the fruits it produces.[2]    The metaphor is useful and challenges us to consider whether the fruits we are producing are sweet and nourishing, or sour and toxic.

The very first petitionary prayer in the daily silent prayer is the prayer chonen hadaat– the prayer quoted in the beginning of this essay- in which we ask God for wisdom and discernment.  Strange. Why would that be the first prayer?  Would it not be more logical to ask for food, security, health, wealth, and the host of other things of which people ask.   Most people ask to win the lottery, and not for God to give them wisdom!   However, perhaps that is the very point.  Before we are given blessing, we ask God to bless us with the moral vision and discernment to know what to do with that blessing.  The Jerusalem Talmud goes even further. Arguing that the prayer chonen hada’at should be included even on the Sabbath prayer (in which we generally do not engage in petitionary prayer) Rabbi Yehudah emphatically states, “If there is no discernment, why do we need prayer in the first place!” (Yerushalmi Berachot 4:4). While we do not practically rule in favor of Rabbi Yehudah’s halakhic opinion, we do accept his logic.

In our own lives, both individually and communally, it is important to ask these questions of ourselves.   Perhaps someday when we ask our children what they want to do when they grow up, they will answer differently.  Perhaps they will say to us, “I do not know what I will do to make a living. However, whatever I do, I want to be a builder of tabernacles, and use the gifts I have for the greater good.”  That’s a question that we should not only ask our children, but ourselves.

I pray that all of us can live in the shadow of Bezalel, for at the end of his inspired work, the glory of the Divine was able to rest within the camp. Isn’t that what we want?  Given the dark times in which we live, isn’t that what we need?

[2] Commentary on the Torah Ex. 18:11   See also Sifrei BaMidbar Piska 41 I thank the editors of the wonderful [Hebrew] website Mechelkei HaMayim (www.mayim.org) for bringing these sources to my attention in their source sheet Chachma, Tevunah, Da’at.