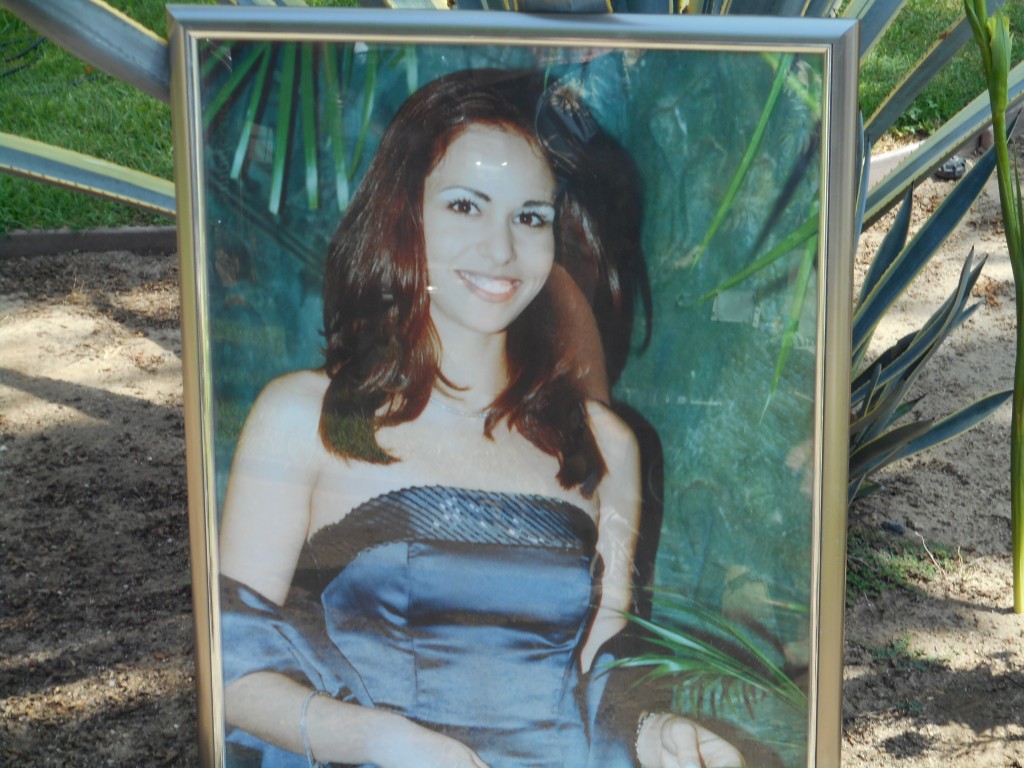 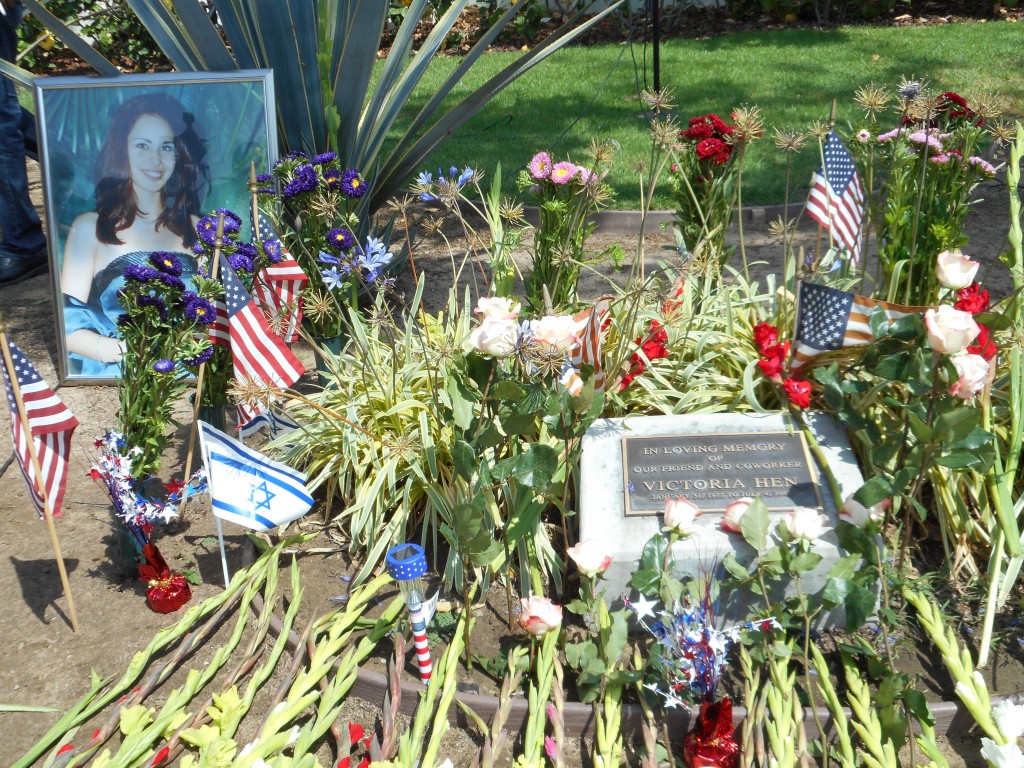 Each year, for the past 12 years, on July 4th, before we start celebrating the birth of a wonderful nation, at 11:20am, the time Vicki Hen was fatally shot, we commemorate the terror murder of Vicki. And so we did this year on a rather hot Friday morning. The memorial service in photos speaks volume. 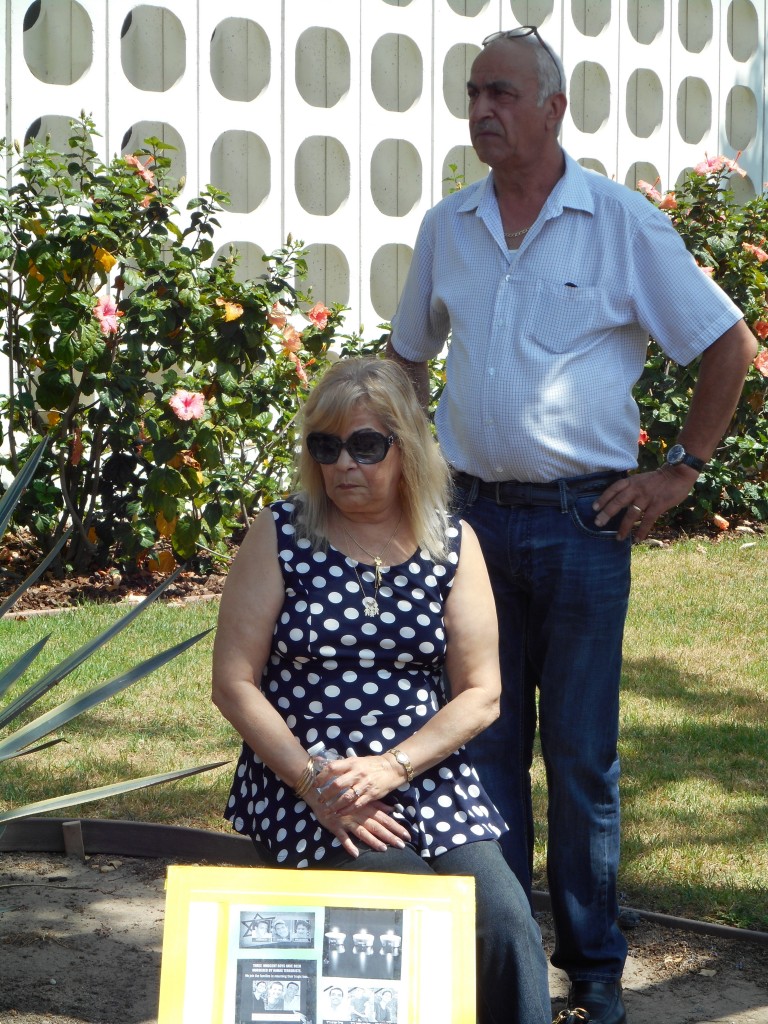 The crowd, among them Israel consul General David Segal and Elan Carr candidate for congress, still shocked from the recent terror murder of three Israeli teens, bowed head once again. 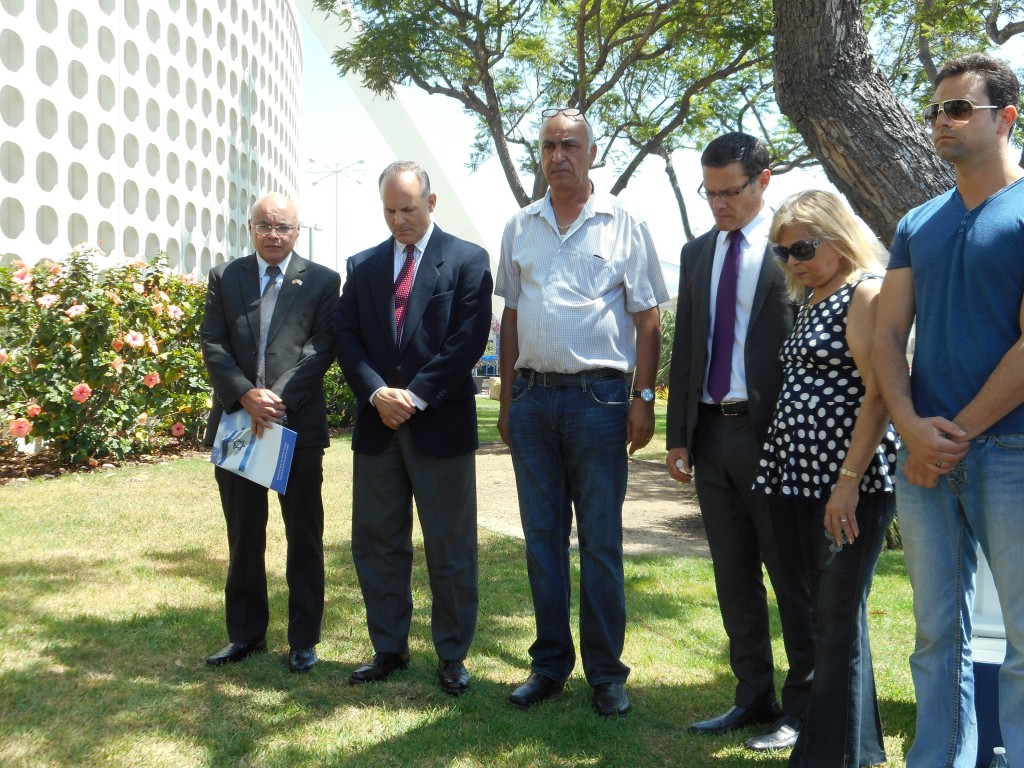 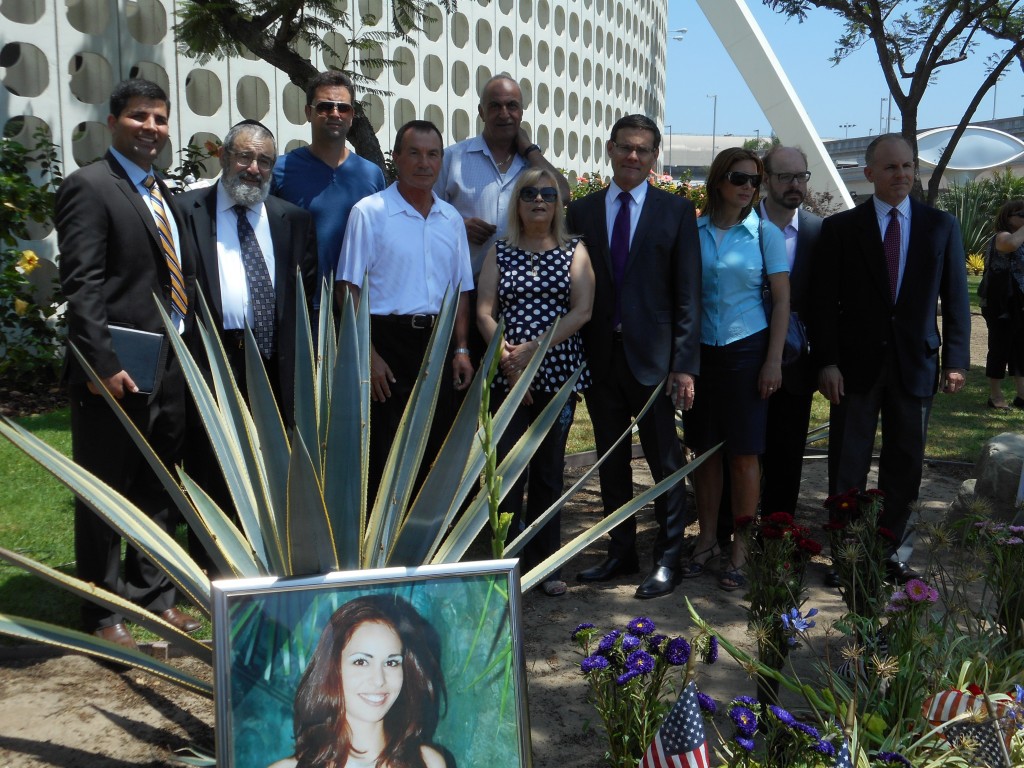 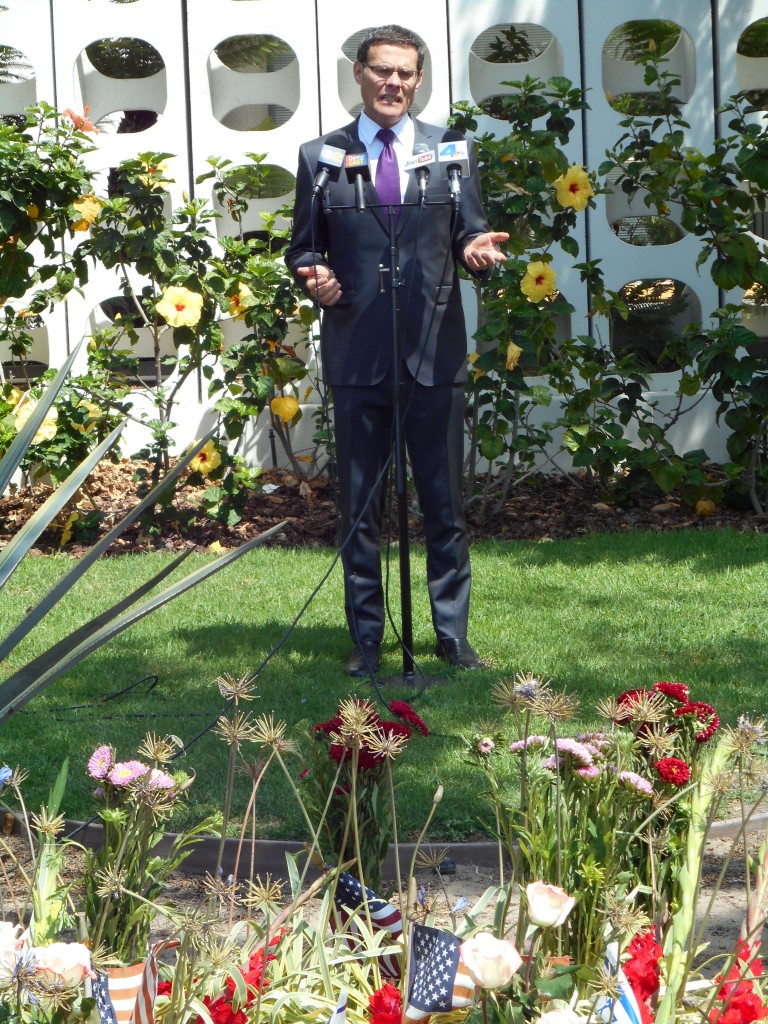 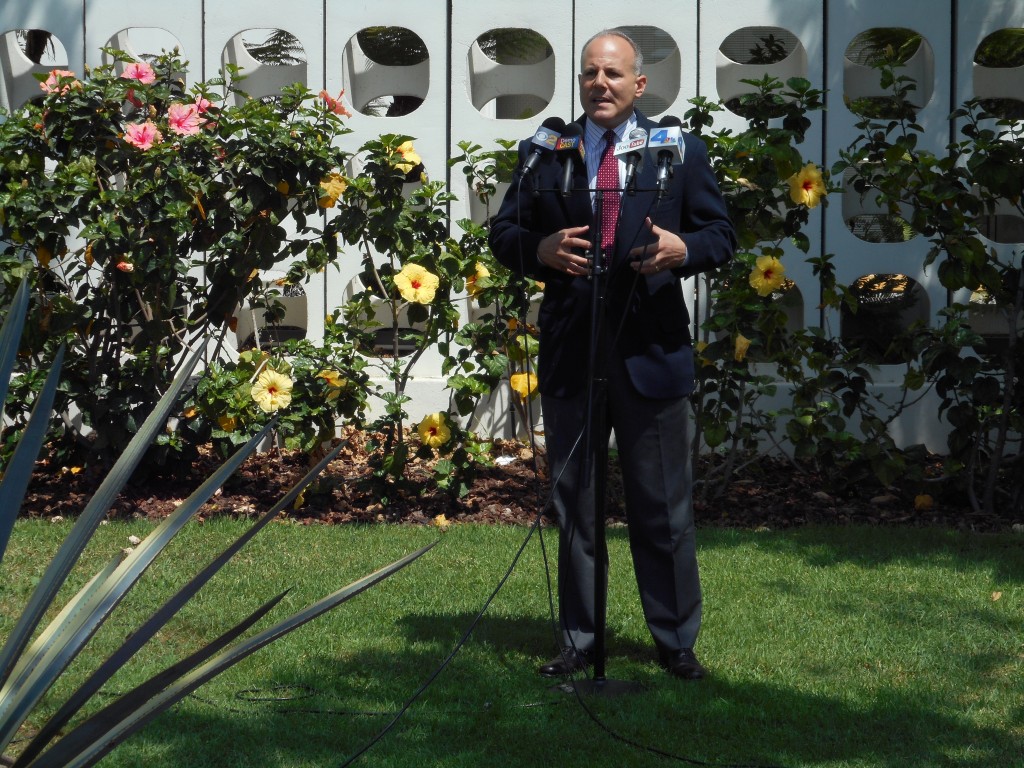 Hesham Mohamed Hadayet was a 41 year old terrorist. He was an Egyptian Jihadist who belonged to the al Qaeda’s Operational Arm but he lived free in Southern California, in the United States. We would have not known about his jihad cell but if not that his target was the El Al – the national airline of the Jewish state Israel – counter, which he attacked on July 4th 2002.

His victims ended up being, Victoria (Vicky) Hen, who worked at the El-Al counter, at Bradley International Terminal of LAX, Los Angeles, and was fatally shot by this deranged Egyptian-born Moslem terrorist, and Yaacov Amidinov, 46, who accompanied a friend to the airport for his El-Al flight to Tel Aviv when the terrorist’s bullet took his life.

Vicki was only 25 years of age when she was gunned down in the first Islamic act of terror on the West Coast of the USA. Vicki was a victim of Islamo-terror. And why was she such a victim? Because she was Jewish and she worked at the counter of the Jewish state, Israel, national airlines.

The question is, how many more innocent Jewish and Israeli people will be senselessly murdered or maimed on the altar of Islam Jew hatred before we end it? 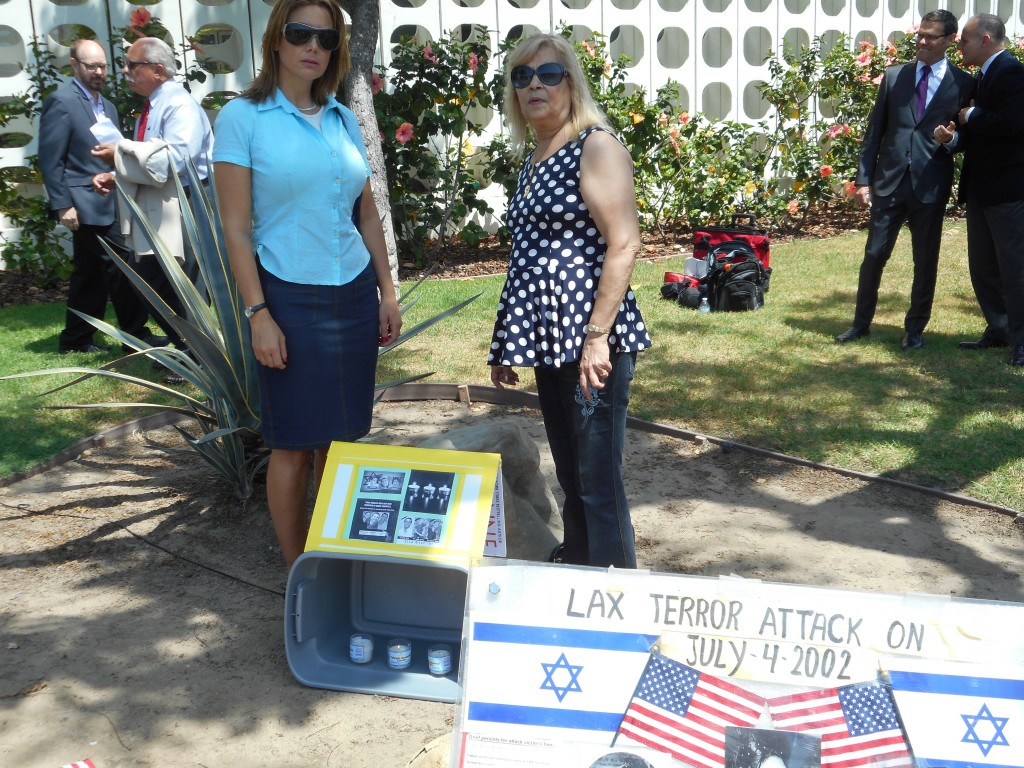 Our Jewish sages said that where there is evil and mayhem there is no sense of talking about peace. It is time to say enough, time to rise up and unite to demand strength, freedom, and decency before peace. We do not need peace right now, it relegates second place; we need strength and peace will come.

As we are witnessing today, Islam aggression directed at Jews never ends with the Jews. It did not with Nazi Germany, or Moslems who flew airplanes into the Trade Center buildings in New York, or, Christians killed in Moslem lands and the latest, this month, three innocent Israeli teenagers brutally murdered on Israeli land.

We live in an era of war between darkness and light in which Israel and the West are the target. Time to stand up and be counted; we must eradicate this malignant tumor of Islam terror everywhere.

May Vicki’s soul guide us. 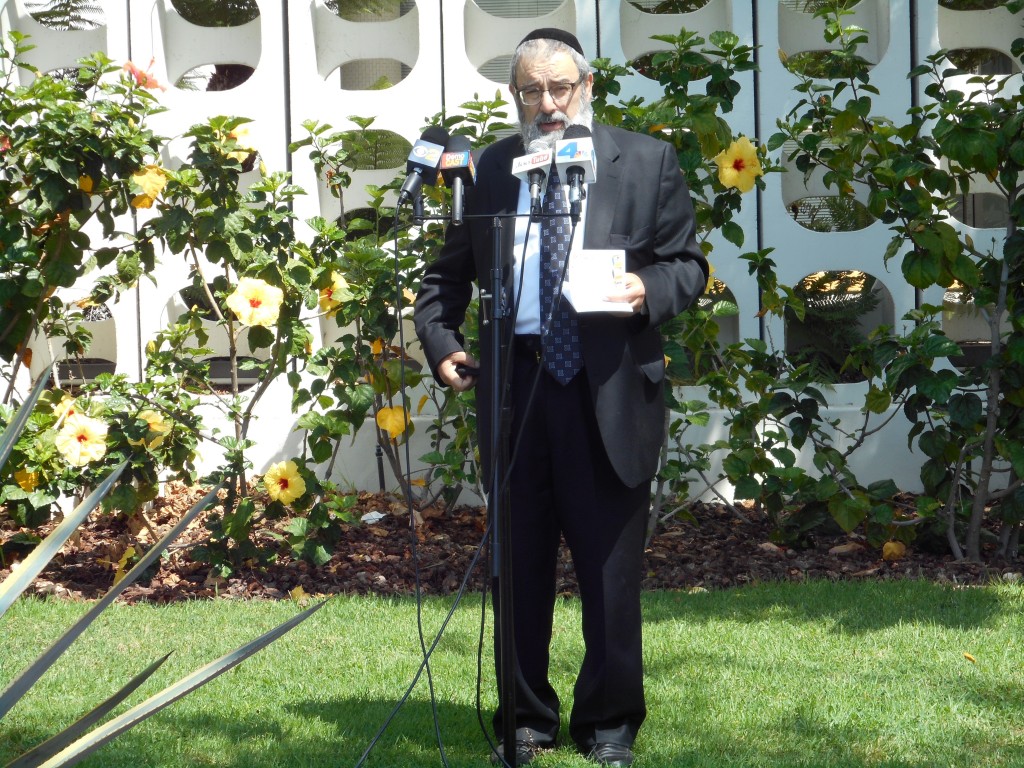 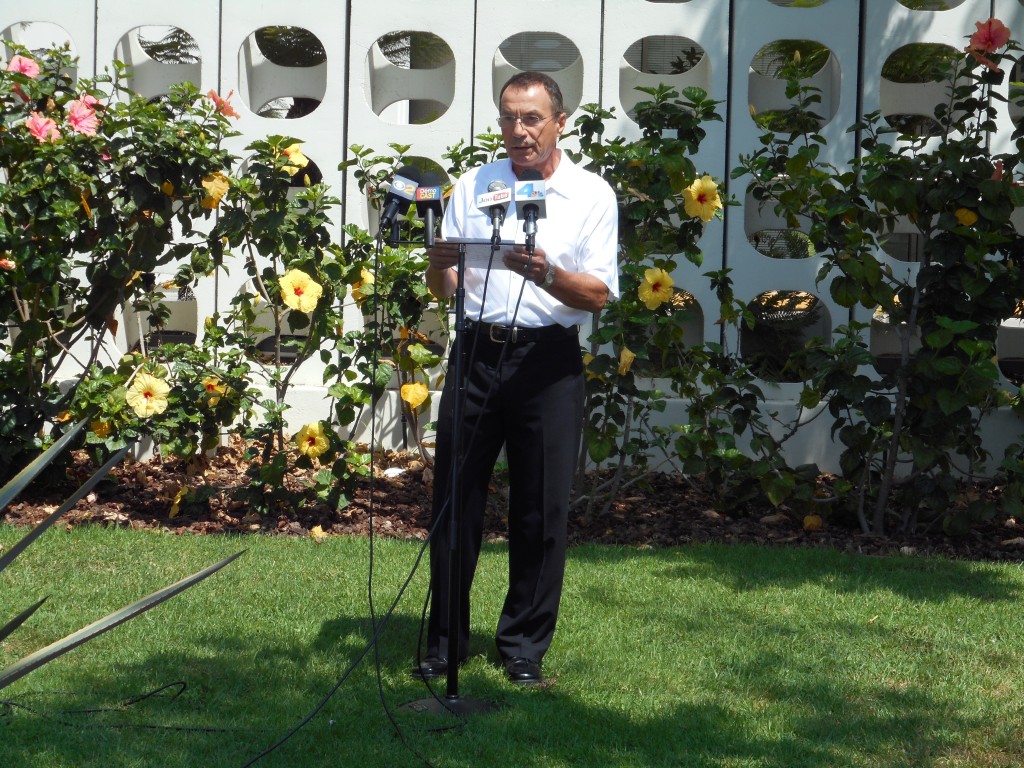 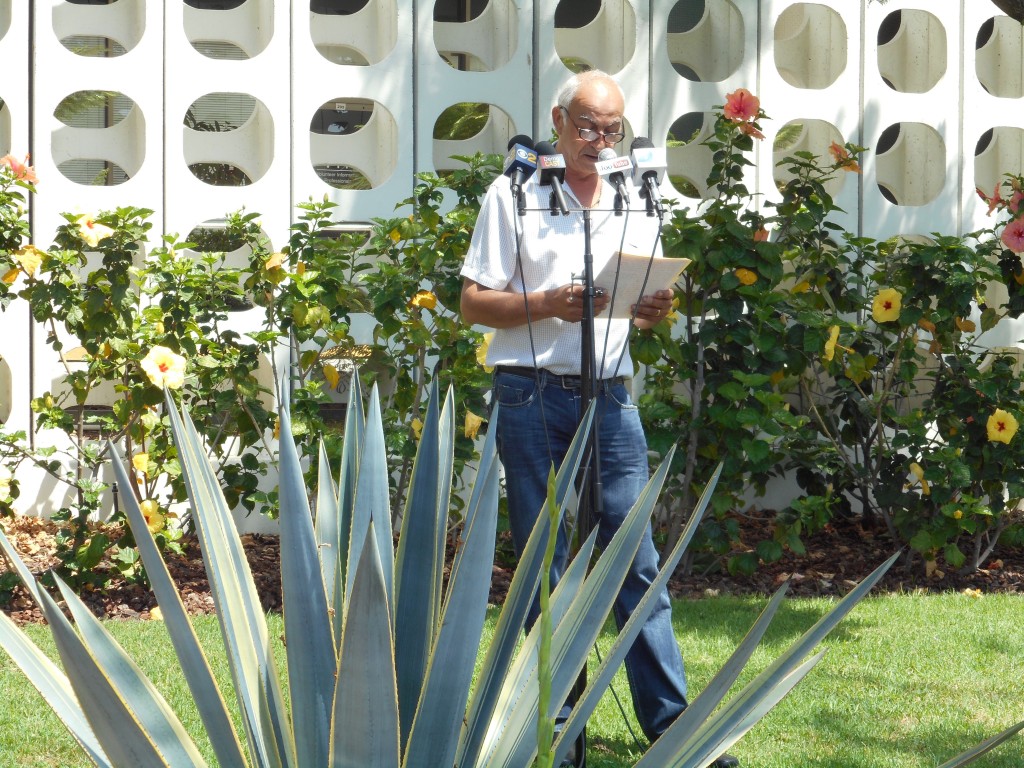 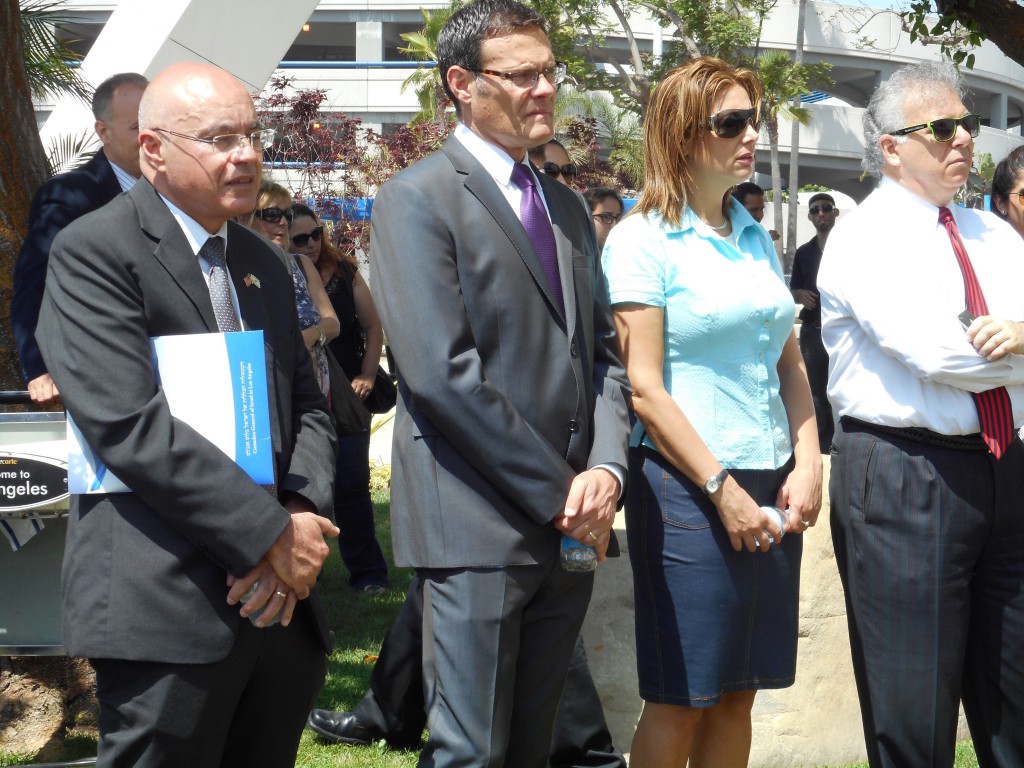 From L-Consul consular Danny Gadot, Israel’s Consul General David Segal, Leehy Shaar aunt of murdered Gil-Ad Shaar, Daryl Temkin
About the Author
Nurit is an advocate for Jews, Israel, the United States and the Free World in general and sees Israel and the United States, equally, as the last two forts of true democratic freedom. Since 2006, she has been writing about events in these two countries. From Southern California, Nurit believes that if you stand for nothing, you will fall for anything.
Comments