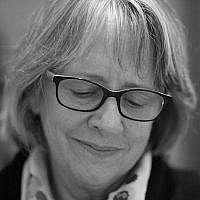 The Blogs
Chana Rubin
Apply for a Blog
Advertisement
Please note that the posts on The Blogs are contributed by third parties. The opinions, facts and any media content in them are presented solely by the authors, and neither The Times of Israel nor its partners assume any responsibility for them. Please contact us in case of abuse. In case of abuse,
Report this post.

Soroka’s medical director sounded surprised on last night’s news interview regarding the recent violence among Bedouin at the hospital. Evidently, he doesn’t visit his own medical wards. Given the free-for-all behavior that is tolerated in the hospital, it’s not surprising that violence erupted there. The only surprise is that it didn’t happen sooner.

Our two-week experience on Soroka’s surgery ward was an eye-opener. Fifteen family members of his room-mate awaited my husband following major surgery. A thin curtain separated him from their sneezing toddler. Any effort to remove the child, let alone any of the crowd, met with deaf ears. The head nurse tried unsuccessfully, and eventually called security, though no one arrived.

Theft is rampant at Soroka, and there is no apparent attempt to deal with it. Sleeping, eating and spitting on the floor were all tolerated. No wonder that cockroaches found a comfortable home on the surgery floor. On several occasions, teenage boys partied in the corridors – their running and shouting were never addressed by the hospital staff.

Soroka faces many difficulties. Politics and finances, rather than integrity, seem to guide many of their medical practices. Just ask the doctors in Tel Aviv and Jerusalem who pick up the pieces of Soroka’s failures. There is good reason that they call it “Soroka, New Delhi”. There is little cooperation between hospital departments and there is rampant disrespect among staff – for each other and towards patients.

The recent violence is partially a result of growing lawlessness among the Negev Bedouin. But I don’t believe that it’s strictly a Bedouin problem. The most caring and respectful medical personnel that we encountered at Soroka were Bedouin doctors and nurses.

The problems at Soroka have existed for years. They stem from an attitude of incompetence, carelessness and disrespect. It’s time for the hospital administration to admit their failures and deal with the issues. Recognize that there’s a problem and start dealing with it.

About the Author
I am a registered dietitian, business owner and published author. My husband and I lived in Beersheva for 17 years before recently moving to Modiin.
Comments