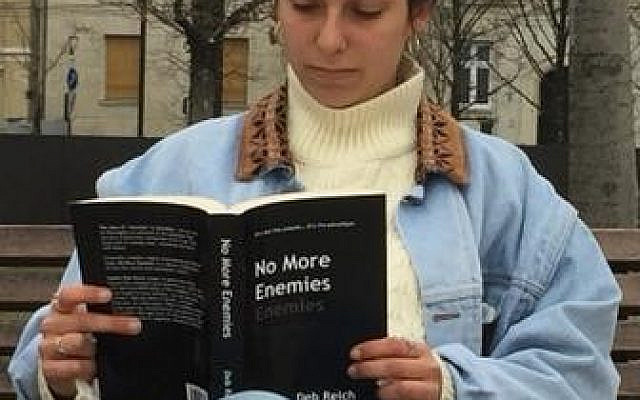 Notes from the Archive — Kindergarten on the Alien Planet

Archivist’s note: The document that follows was found in the Ancient Earth Document Sorting wing. Attributed to an Anglo-Israeli blogger in the Old Earth Era.

March 18, 2021. A couple of elections ago, I posted on this blog about being a New-York-born Israeli Jew voting for the Joint List. A few people commented (“She needs a psychiatrist,” and so forth). Then in the election after that one, I thought: What’s the point. I voted Joint List again but didn’t talk about it.

And now here we are, on the cusp of yet one more Israeli national election, the fourth in two years. Corruption, Bibi style, versus all the other styles of corruption. It sure seems like an exercise in futility.

On the other hand, all I can contribute as a citizen blogger is my nonstandard viewpoint, so maybe I should try that again. One more time. Even if it persuades no one to vote differently, maybe it will encourage some readers to invest some time and energy in reexamining the dead-end political situation Israel has managed to achieve and how we got here. “Dead end” is a fair description of the state of politics in Israel today — both with and without reference to Palestinians, whether as citizens of Israel or subjects of the Israeli occupation regime. It’s a dead-end, and here we are: Faced with another election, featuring mostly the same array of politicians, who have not managed to fix much thus far and are unlikely to fix much if reelected.

So what options does the disillusioned Israeli voter have, this time around?

We could try something new

Being a left-leaning type, I ended up with the Joint List a few elections ago after a long and gradual process of elimination… starting with Labor, through Meretz, and eventually, in despair, abandoning the Zionist ship entirely for the only real alternative currently on the horizon.

Recalling the commenter two elections ago who said I need psychiatric help (which, to be fair, could be true anyhow, with no connection to how I vote), I thought it might be worthwhile to consider seriously what might be the purpose of voting for the Joint List. What would be gained by that? And if the Joint List Knesset members were ever able to join an actual governing coalition (a level of legitimacy yet to be granted to any Arab or majority-Arab party by the Jewish political establishment in Israel), how might that benefit the citizens of Israel, either Jewish or Arab or “other”?  (“Other” in this case is meant as a reminder that the demographic mosaic here is actually somewhat more variegated than people generally stop to think about.) Let’s say a whole lot of Jewish Israeli voters opt to vote for The Joint List this time: what could happen?

Well, on the theory that we’ve tried everything else but never tried entrusting some real political governing clout to Palestinian Arab citizens of Israel (roughly 20% of the citizenry) — at the very least, it would be something new we could try. How might Joint List representatives handle their mandate in the legislature? Wouldn’t it be worth finding out? They might surprise the Jewish majority by delivering a high-quality, responsible, forward-looking, partnership-oriented series of votes/draft laws/committee deliberations/whatever. I mean, why not? After all, what would be their interest in any other sort of outcome?

The Joint List has some very able people in it. Consider veteran MK Aida Touma-Sliman, in her mid-fifties, born in Nazareth, lives in Akko, a widowed mother of two daughters. A prominent feminist, journalist, and social activist, Touma-Sliman has proven her value in the Knesset many times over. On women’s issues in particular, she has worked constructively across the aisle on numerous valuable pieces of legislation. Reelecting her can only be a positive step. (Knesset bio here; Wikipedia bio here.) Touma-Sliman is #4 on the Joint List slate this time.

Or how about Ahmad Tibi, in his early sixties, from Taibe, who is #2 on the Joint List slate for this election. A physician as well as a longtime social and political activist, Tibi is also reputed to speak the finest Hebrew of any member of Knesset in the modern era. His 2010 Knesset speech for Holocaust Remembrance Day won accolades across nearly the entire political spectrum. Even if you disagree with his politics, you can see that this is a man with a broadly inclusive worldview. (Knesset bio here; Wikipedia bio here.)

Or how about the Joint List chairman, Haifa native Ayman Odeh, in his mid-forties and a married father of three. He trained as a lawyer and has been active in joint Arab-Jewish social justice work for many years. Presumably, he is a very talented political player since he has kept the Joint List mostly together for five years or so, despite the very broad range of philosophies and approaches (Communist, nationalist, religious, secular) espoused by its various constituent member parties. (Knesset bio here; Wikipedia bio here.) Odeh is #1 on the slate.

And then there’s the Joint List politician that much of mainstream Israel, from center-left to far-right, loves to hate: Nazareth-born Heba Yazbak, 35, by profession a social worker who earned her Ph.D. from Tel Aviv University. Yazbak, in the #7 slot on the Joint List this time, speaks her mind and does not self-censor to make her views more palatable to anyone else. (Knesset bio here; Wikipedia bio here.) If you can get behind the Haaretz paywall, Tsafi Saar provides an illuminating analysis from January 2020 here. Yazbak joined the Knesset in 2019 and has begun to earn respect for her work on social issues. Israel’s parliament needs more outspoken, young, smart, driven Palestinian women like Yazbak. Agree with her, or agree to disagree with her — but let her work. Her generation is the future.

Looking for the humanity in politicians

These days, in my eighth decade on this planet, I’ve given up expecting any revered social leader, notably including politicians, to be an unblemished specimen of humanity. What human being can aspire to that level of spiritual greatness? Gandhi’s early quest for dignity in South Africa did not include Black people; MLK and JFK were philanderers; Margaret Sanger’s views on women’s reproductive freedom was tainted (it has been suggested) by eugenicist overtones; Aung San Suu Kyi equivocated, to put it mildly, on the fate of the unfortunate Uyghurs. Feet of clay is the human condition and our leaders are no exception.

On the other hand, there is one very valuable quality that Palestinian Arab political leaders in Israel have acquired, just by surviving as politicians in Israel, just by getting up every day and doing that work again for another day, as constructively as they can, while attending to their marriages and paying off their mortgages and raising their children. Day after day, year after year, they have somehow nourished and sustained their human dignity in a social climate mostly calibrated to kill it. They have trained themselves to function as first-class human beings in a society that designates them, second-class citizens, at best. They have practiced and practiced and practiced not stooping to the level of behavior that they are mostly forced to endure as public figures who are not Jewish in the Jewish state, who are not Zionism boosters amidst the Zionist enterprise, whose individual and collective legitimacy is routinely questioned and flouted and denigrated. Each in their own way, they have learned to take it without dishing it out.

While nearly all Jewish Israeli politicians have been preoccupied with struggling (and failing repeatedly) to reconcile the old Zionist dream and its better intentions with the realities of ethnonational conflict and Israel’s murderous actions on the ground, Palestinian Arab politicians in Israel have struggled with something very different. It has been their daunting task to remain human while continuing to function personally, professionally, and politically – in a society that on so many levels simply denies their humanity. In spiritual terms, in heart terms, every Palestinian politician in Israel has been tested as no Jewish politician in Israel ever has. And because of that, I am inclined to feel that they have earned my trust. There are Israeli Jewish politicians I admire, of course; yet none has been tested in that way.

Corruption, power, cynicism, compromise, expediency — the political arena is never the most pleasant place to play. I do not imagine for a moment that Palestinian politicians in Israel are saints. Meanwhile, for a very long time now, we’ve had the same old cast of characters running the show in this country; sometimes new Jewish actors replace older Jewish actors, but the cast of characters itself has not changed much. Why don’t we try something creative, this time around? Why not accord the Joint List enough votes to really make a difference? The country might be very pleasantly surprised at the results — and the downside is negligible, especially compared to the downside of continuing on the path we’ve been following for so long. Doing the same thing over and over while expecting a different result is, of course, one popular definition of insanity. And, as in the old saying attributed to Lao Tzu: If you do not change your direction, you are liable to end up where you are heading.