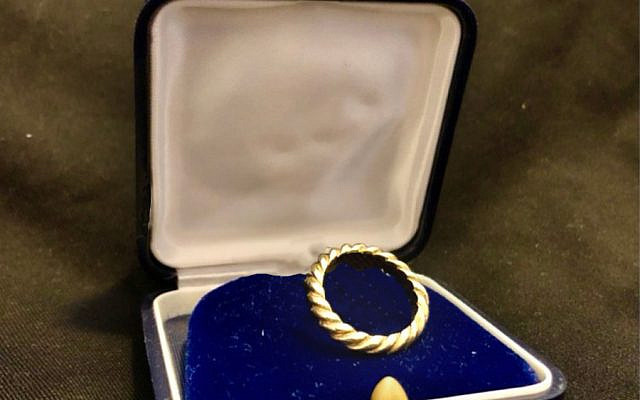 Parshat Pinchas presents the daughters of Tzelophchad who requested to inherit their father’s portions of land since he died without having any sons.

In Parshat Masei, Bamidbar 36:6 we read the epilogue of the story: The daughters of Tzelophchad were permitted to accept marriage proposals from all of the tribes of Israel:

This is the word that God has commanded regarding Tzelophchad’s daughters: “Let them marry whom they think best, as long as they marry within the tribe of their father.”

The idea is that if they marry within their tribe then the land inherited would stay within the tribe. However, they had the option of marrying outside of the tribe and in that case, the land would be transferred to her husband’s tribe.

In the end, each of the five women married within their tribe as it says in Bamidbar 36:10-12:

Exactly as God commanded Moshe, so did Tzelophchad’s daughters do: Machla, Tirtza, Chogla, Milka and Noa, the daughters of Tzelophchad married their cousins. From the families of Menashe, son of Yosef, they married, and their inheritance remained with the tribe of their father’s family.

Sforno explains that when the daughters of Tzelophchad saw that God did not want the inheritance to move to another tribe, even though they personally had the opportunity to marry someone from a different tribe, they chose to marry their cousins and in this way, they kept the inheritance within the tribe of Menashe.

Rabbi Eliezer ben Yaakov taught: Even the youngest of the daughters of Tzelophchad did not get married until she was at least 40 years old.

Tosaphot explain that according to Rashba, Tzelophchad died around the time of the Sin of the Spies, at the beginning of B’nai Yisrael’s wanderings in the desert, so all of his daughters had to have been conceived or born by then. The story of them requesting land takes place almost 40 years later, right before B’nai Yisrael are about to enter the Land of Israel.

Why did they wait so long to get married and how were they still able to have children?

Rashi points out that they waited as they wanted to make sure that they would marry fitting mates.

The Talmud calls these women “tzadkaniot”, righteous. Even though they got married later, where in many cases they would no longer be able to bear children, a miracle was performed just like with Yocheved, Moshe’s mother who gave birth at an advanced age.

The issues that the daughters of Tzelophchad faced are still relevant today. Women should only marry someone who is the right fit. They should not compromise just because they are getting older. We are lucky to be living in a time where fertility treatments can miraculously help women who marry later still have the opportunity to have children.