One of the messages doing the rounds now is that it’s all a waiting game. Waiting for the lockdown to end, waiting for a vaccine, a treatment. Waiting for the shule to open, life to return to some semblance of normality… It’s like we’re all in a waiting room; as I’m reminded when I zoom into a session and am told that I’ve got to hang on until the host decides to let me in.

For many, if not most of us, the waiting is frustrating, challenging, maddening. We just want to get on with our lives even as we know full well it’s never going to be the same again. The only thing that seems to be the same is the sameness of days in lockdown: life limited to the space of our homes (or work places if we’re lucky) and the 5km radius.

We started studying the Tractate of Eiruvin this week as part of the Daf cycle, a Talmudic exploration of the restrictions of Shabbat space. An Eiruv is about the distance we are allowed to travel on the Sabbath and to carry things to and from private and public places. The Shabbat and specifically the Eiruv is about limiting our lives to a restricted area. And perhaps from the Eiruv we can learn how to live more fully, wait more patiently and thoughtfully through this long winter of our Covid discontent.

Waiting can be infuriating especially if you’re a gregarious extrovert, but there’s a lot to be said for waiting – and not just from the Shabbat experience. In fact, waiting is not only a motif of Jewish life and texts, but also an integral element of living itself. One of the first lessons a young child is taught is that you can’t get what you want or even need straight away. You have to learn how to delay gratification. Mature adults know that despite our culture’s obsession with speed and instant pleasure, long-delayed gratification yields greater satisfaction. So, we save for that future dream house, put up with difficult people and work situations, work on our bodies and minds despite pain and frustration…

Studies show that delaying gratification is one of the most effective personality traits of successful people. A fascinating study in the late 1960’s used marshmallows and cookies to assess the ability of pre-school children to delay their pleasure seeking. If they held off on the temptations to eat a treat, they were rewarded with more treats later on. Some of the kids resisted, others didn’t. A 2011 follow-up study revisited some of the same children, now adults revealing these differences remained. This time the study also located the specific brain areas related to prolonged gratification.

Delayed gratification isn’t just a personal strength (and these studies do raise the perennial issue of nature versus nurture). It’s also an indicator of a civilised society. Thinkers like Lord Acton and Burke connect the restraint of our appetites with a flourishing social life.

Jewish thought and tradition have made the same connection. We are a waiting people. Miriam waited for her infant brother Moshe by the riverside. The people of Israel halted their travels while, as an adult, she was recovering from her debilitating illness or tzaraat. They stood (albeit impatiently) at the foot of Sinai when Moses ascended for his 40-day tutorials. We hold-off for eight days before circumcising our sons. And of course, our longest and most powerful act of patient anticipation is for the Mashiach and the Messianic Age.

What’s with the waiting around? I would suggest it’s not just about character formation, but a deeply spiritual and existential transformation. As T.S. Eliot beautifully encapsulated it: “But the faith and love and the hope are all in the waiting”. This quote always reminds me of Jacob’s epiphany as he discovers the love of his life Rachel. The Torah tells us that the moment he meets her he bursts into tears; says the Sforno (1475-1550) he weeps because at that moment he recognises just what his soul had always been longing and yearning for.

The essence of healthy waiting is about developing a sense of timelessness, it’s about realising that no two moments are the same, it’s about recognising that we can’t control time and its inexorable pace. This is exactly what Shabbat is about. There’s a texture to Shabbat time that is different from weekday time. Even in lockdown, in our own homes, we can access this by preparing the house, putting on special clothes and ensuring a delicious Shabbat meal accompanied by candles, Kiddush and good conversation (even with yourself if necessary!). Then fill the moments and hours with some tefillah, some learning, some reading, some shloofing. Yes, it may be “same same”, but as they say in Thailand – “It’s same same, but different”. In fact, on Shabbat (suggests Soloveitchik) we stay at home because God is staying over!

The challenge of the Jewish daily lifecycle has always been to transform the ordinary into the significant to change the sameness by punctuating your day with positive and effective acts. We call them mitzvot. They’re not supposed to be routine but renewing just as God “renews the act of creating the world every single day.’’ There’s a deep-down freshness to be discovered in every day, every hour.

That’s why I refuse to be bored by the confinement of space and lack of personal interaction. Samuel Beckett is most famously known for his play Waiting for Godot. Not much happens in the play – the two characters, Vladimir and Estragon have long, convoluted debates about whether their friend Godot will show up and what they should do if he doesn’t (and he never does…). Are they waiting for some guy named Godot or God Himself? Is it about the dreariness of life, the monotony of waiting for something to happen that will change my life forever? Or is it what Estragon says “I can’t go on like this” and Vladimir responds, “That’s what you think”. Says critic Shannon Reed: “What Vladimir means- and what Beckett meant writing just after the end of WW2 – is that we’ll go on because that’s what we humans do”.

In Melbourne, the last of our courageous, beautiful survivors remind us of the truth of this. We are still so privileged to have several of them in our congregation. I asked one of them, David Prins recently what his advice was for us in Covid times. His answer: “Do what you can while you can”.

It’s been said that we must be willing to let go of the life we planned so as to have the life that is waiting for us. And just as we patiently await and prepare every day for the Mashaich (even though he is so tardy and tarrying) let’s be patient, prepared and hopeful for whatever is waiting for us! 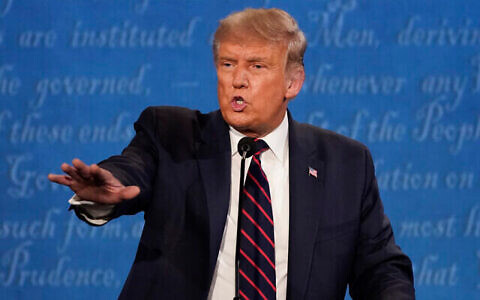 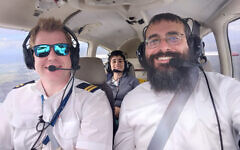 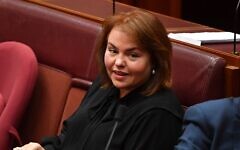 ECAJ: ‘Proud to count Kitching as a friend’
Gareth Narunsky 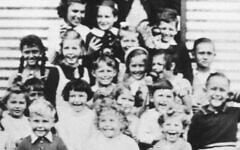 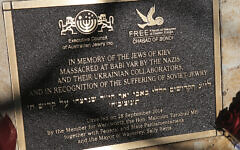 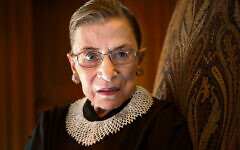