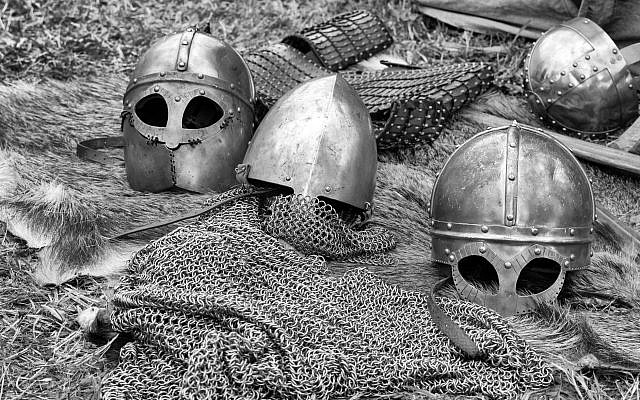 Lots of Armour but no Bodies (Picture Free-to-use from pexels.com)

War is not pleasant. War is not kind to civilians. In the Napoleonic Wars, 1803–1815, while there were between 2.5 million and 3.5 million military deaths, anywhere between 750,000 and 3 million civilians died.

In World War 1, there were some 9.7 million military deaths and about 10 million civilian deaths.

In World War 2 there were 20 million military deaths and 40 million civilian deaths. War is not pleasant.

At present, Israel is at war with the so-called Palestinians occupying the Gaza Strip. There is no other way to describe the situation, it is a war. And as history has shown us, war is not pleasant, and civilians die.

In World War 2, Britain and Germany saw no problem in bombing each other’s cities, deliberately targeting civilians. The intention of each side was to win, not to get good marks from the yet-to-exist United Nations. To this end, both sides did whatever it took. In a final show of total inhumanity, the allies wiped out Dresden. With the war drawing to a close, in just two days, Britain and its US allies dropped nearly 4,000 tons of bombs, on a city that had no military value whatsoever. An estimated 22,700 people, mostly civilians, were killed and a city destroyed, just to send a message to both the nearly defeated Germans and to the newly triumphant Russians. War is not pleasant.

Israel is at war. Everyday sees more rockets, more flaming balloons, coming from the Gaza Strip. Many dunams of agricultural land, reclaimed from the desert at enormous cost in effort and even lives, have gone up in smoke. But for a very efficient combination of warning systems, shelters and active defence measures like Iron Dome, there would have been many civilian deaths, as was clearly the Palestinians’ intention and desire.

The time has come for the Palestinians to understand that there is a price to pay for their actions and it is a high one. Israel has one of the strongest and best equipped armies in the world. Israel has an air force that is envy of many larger countries. Israel must say ‘enough’.

The IDF knows where the Palestinians store their weapons. Why wait for them to be used; let there be a massive bombing raid on every weapon store, every suspected weapon store, every location with just a hint of a weapon store. And if civilians are killed, that’s the price to be paid in a war. No other country in the world’s long history of warfare has held back, taken terrible losses, just to protect the other side’s civilians. War is not pleasant.

Week after week, Palestinians, members of the umpteen terrorist organisations or just plain civilians, have turned up on our southern border and thrown everything from rocks to explosive devices at our troops, and our civilians. They make no distinction between soldiers and civilians, why should Israel? Why does Israel let them do this? Give them 30 minutes warning, no, let’s be civilised, a one-hour warning to disperse, and then open fire with lethal weaponry. Civilians don’t hurl rocks; civilians don’t throw explosives. Not everyone in a war wears a uniform; civilian clothes should not protect you from the consequences of your actions.

The IDF is ready. The country is ready. Let us see our politicians stop fighting each other and start fighting the real enemy. That’s what we elected them for.