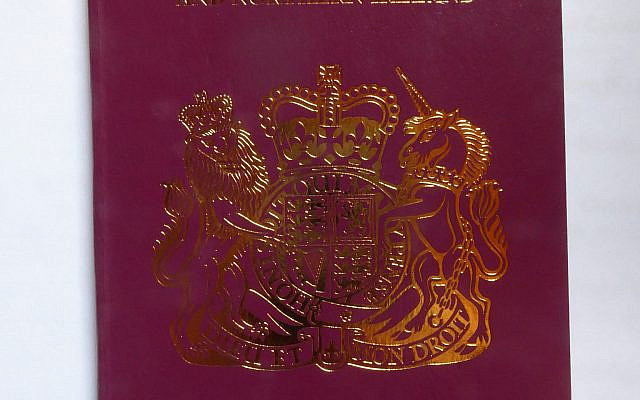 The British have gone soft; they have lost the will to defend their nation’s shores.
Boat after boat has arrived carrying “refugees,” migrants looking for a better life than their home country can offer. British troops, if they could be bothered to get out of bed, have stood by and watched the incoming hordes with no attempt to stop them.

The British have not always been so incompetent at guarding beaches against incoming refugees. During their illegal occupation of Israel, which they mistakenly called Palestine, they had no problem keeping Holocaust survivors from making their way to safety in their new homeland. In a country far from their own, with no legal basis whatsoever, British troops kept women and children at bay. Their excuse had a familiar ring – they were only following orders.

Recently discovered files paint a terrifying picture of the last years of the British occupation detailing the horrific deaths of Jewish civilians at the hand of British soldiers. Among their many crimes were the shooting of five teenagers.

Fortunately, after some gentle persuasion by the Haganah and a some less gentle persuasion by the Etzel (Irgun Zeva’i Le’umi) together with Lehi (Lohamei Herut Yisrael) the British packed up their tents and withdrew. Exhausted economically, Britain finally realised it was no longer a great power. The days of British boots trampling other people’s lands were over.
But, as it is said, What goes around comes around.

Without thinking too hard, in many of the countries under British occupation, the local yokels were kept quiet by the occupiers handing out British passports. You’re one of us, they were told, now help us keep your citizens in order and keep the gold, oil or whatever flowing back to Britain. But many of these passports were useless; they were missing the magic words – Holder has Right of Abode. Good for a short visit as a tourist but don’t overstay your welcome.

The many holders of these useless passports are learning an important lesson – you can’t trust Britain. While they would like to see an encouraging sign that they are safe in Britain – Warning: Border Behind You – the sign actually says – Warning: Border in Front of You – with the unspoken message, and you aren’t going to cross it.