From the opening book of the Torah, it seems God is continually disappointed with the humanity created. These moral disappointments, imbued with the heavenly spark, almost never live up to the Divine expectation. From the expulsion of Eden, to Cain killing his brother Abel, the failings of the generation of the flood, and the necessary dispersion at Babel, humans fail repeatedly. Relying upon reason, conscience, and intuition should have been enough, but God foresaw that there must be an intervention to reinforce what humans already know via their natural morality. Thus, revelation!

But this was a dangerous task. Creating an authoritative mandate inevitability leads to rebellion, as is the human condition known from the first recorded human error (the eating of the fruit from the Tree of Knowledge). So, with this in mind, God makes a compromise by revealing to humans what they should already know (through learning, reflection, character development, and meditation). 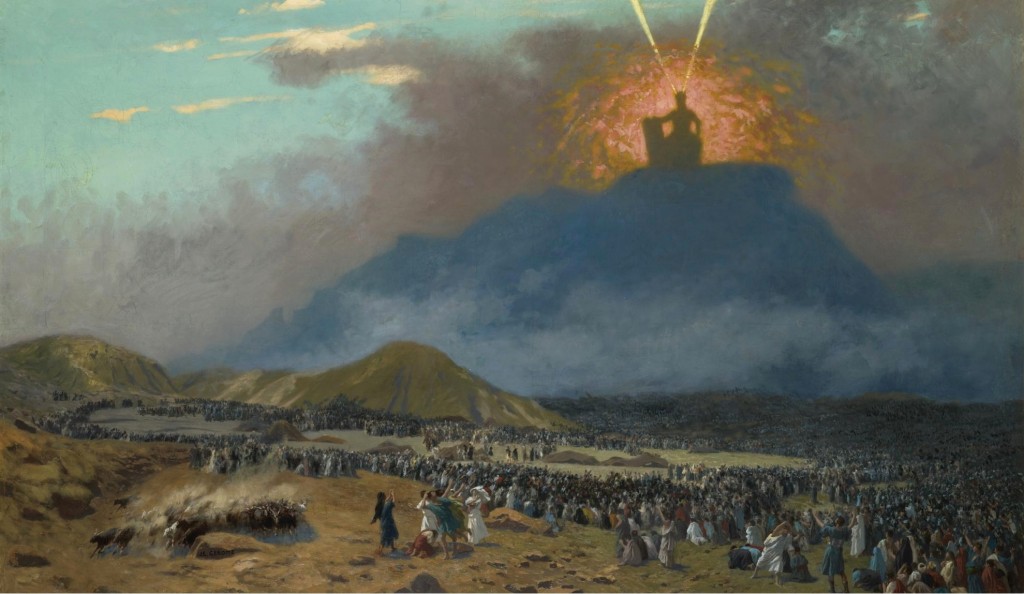 The rabbis of the Talmud were explicit that the Torah was to reinforce what people could have learned from intuition and experience. For it is written: “If we had not received the Torah we would have learned modesty from watching a cat, honesty from the ant, and fidelity from the dove” (Eruvin 100b). There were, of course, the select few who understood the holy and true path before the rest of humanity. In the Abrahamic traditions, we call these learned few the Patriarchs, and indeed, the rabbis taught that the patriarchs already knew the Torah on their own without the need for revelation. “Abraham our Father fulfilled the entire Torah before it was given, even the laws of the Sabbath food preparation on a festival” (Yoma 28b). In a related explication of this thought centuries later, Rabbi Levi Yitzchok of Berditchev—the Kedushat Levi—explained that the Patriarchs knew the Torah intimately through their limbs: “248 positive commandments of the Torah parallel our 248 spiritual limbs; the Torah’s 265 prohibitions are parallel to our 365 spiritual sinews” (Kedushat Purim #1). It is through the corporeality of the body—mind and experience—that we can already know Torah without external revelation.

The medieval Jewish philosophers, such as Maimonides and Saadya Gaon, were also clear that the dual entities reason and revelation do not contradict each other. Humans were not properly reaching the moral level God expected they would through reason and so Divine mercy provided for an adapted plan: thunderbolts, lightning and the direct word of God. Here, the Kedushat Levi taught that God is “clothed” at Sinai (as compared to being “unclothed” at the miracles of the Red Sea) teaching that revelation is more about deep intellectual and spiritual comprehension of values than about Divine connection (Kedushat Levi, Parshat Yitro).

To demonstrate another specific example of how human failure leads to the concession of revelation, Rabbi Obadiah ben Jacob Sforno argued that the laws of kashrut were given because of the sin of the golden calf (Parshat Shemini). These stipulations weren’t part of the original plan, but were revealed later to reconcile the Divine-human relationship after another colossal human failure.

Further, it may not be ideal that revelation happens to one people in particular. God had attempted to form more universal covenants through Noah and Abraham, though these didn’t work to sustain moral commitment. Thus, God narrowed revelation down to one people, which is clearly not ideal for the God of all people and all Creation.

Only a moment after revelation, there is confusion of agreement on interpretation and truth gets fragmented. We always have access to truth within, but now we are confused being committed to a system of revelation that has imperfect transmission. It is far from ideal to have historical revelation compete with the revelation of now. We are stuck with this tension and must embrace both and allow the revelation of the past and revelation of now to refine one another. The Chassidic masters conveyed to us that there are sparks of light and truth, however fragmented and garbed, to be found everywhere. That discovered light hidden within creation must penetrate our minds and souls.

Rav Kook taught that to silence our conscience is to destroy our fear of heaven, which is crucial for religious life. And, to be sure, the threat today in religious life is that we too often fail to develop our intrinsic, God-given capacities: reason, intuition, and conscience; we simply blindly obey historical revelation (or the version that today’s authorities highlight). Our first priority must be the innate Divine revelation (to guard and cultivate the holiness of our inner world) and the complimentary revelation reinforces and guides us toward particulars. We should be grateful that a Divine concession was made to reinforce the just and holy path that is all too easily elusive without revelation.

The religious person is committed to revelation of Sinai and to the God given truth within. For the word of God to be living, it must be alive in us, through our minds and our souls. We now live with a more complicated and less ideal world as we are filled with both consciousness of revelation and reason. In a post-Holocaust world, we must accept the standard that we expect for others; namely that one can never again silence common moral intuition and human conscience in the name of obedience to authority, no matter who is being obeyed. To be religious means having the courage to walk in the ways of God transcending the vagaries of human authorities that block our own intellectual and spiritual responsibilities.