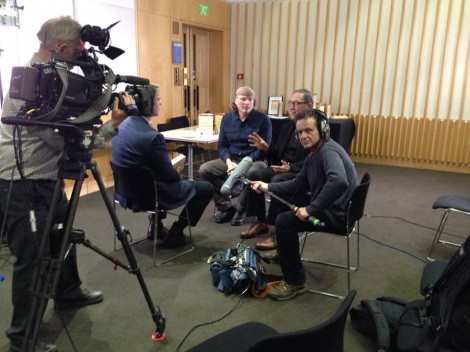 Two weeks ago, Barrie Wilson and I published The Lost Gospel: Decoding the Ancient Text that Reveals Jesus’ Marriage to Mary the Magdalene. A couple of days before the release of the book, a tsunami of articles were published around the world. Many of them had quotes from a handful of so-called scholars who were pronouncing on the book prior to reading it.

Since then, most of the attacks have been personal because people haven’t been able to find anything wrong with six and a half years of research which has brought to light a lost Gospel, a first-ever translation, a 12th-century act of censorship, evidence of Jesus’ marriage to Mary the Magdalene, a foiled plot to kill Jesus, his wife and two sons thirteen years prior to the crucifixion and much more.

Surprisingly, two days prior to the press conference that launched the book at the British Library in London, The Washington Post got into the act by publishing a poorly researched article by Terrence McCoy on yours truly. Among the half-baked assertions was a blatant lie. McCoy repeated the unsubstantiated assertion by Joe Zias, an internet blogger who has libelled me and whom I’m in the process of suing, that the Discovery Channel distanced itself from my first documentary film on an archaeological subject, “James Son of Joseph, Brother of Jesus” (2002) by calling the James ossuary/bone box that is the subject of that film: “one of the top ten hoaxes of all time”. Discovery made no such claim. Nonetheless, The Washington Post ’s regurgitation of Zias’ libel spread far and wide, being picked up by Fox News and other news outlets.

When it comes to Jesus, if the Powers That Be don’t like what you’re saying and they can’t argue with your facts, they either try to discredit your evidence or to discredit you. For my part, I wasn’t going to take this lying down. I challenged The Washington Post to come up with a source. They couldn’t, because none exists. At one point, McCoy suggested that the original source for the “hoax” statement was not Discovery US, but Discovery Canada. Very quickly, Paul Lewis, the director of Discovery Canada, disabused Mr. McCoy of that assertion.

So at the end of last week, the article concerning yours truly was “corrected”. The last line of the article is now both a correction and an apology. It reads:

“Correction: The original version of this story incorrectly stated that the Discovery Channel listed James ossuary as a scientific hoax. We regret any impression that the channel was distancing itself from Jacobovici’s film. “